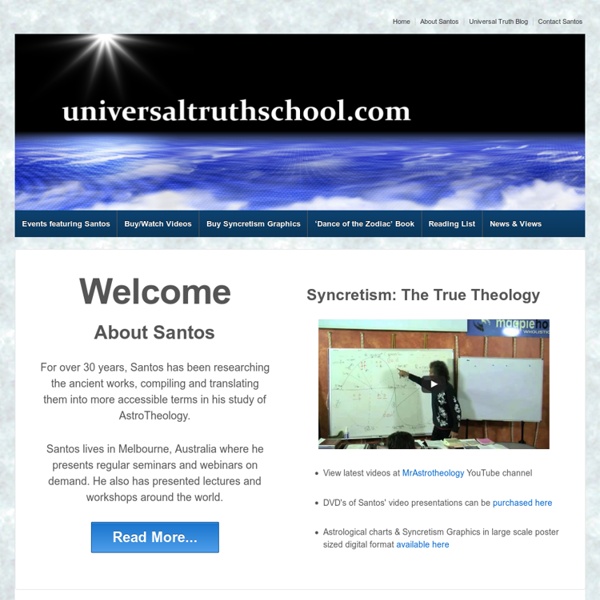 ThunderboltsProject From an obscure and outlandish idea has come the driving force behind much of the discovery in modern science. Electricity, electromagnetism, electrostatic forces – these are the under appreciated elements of our universe, underpinning the interactions and phenomena we are yet to fully understand. Puzzling observations that confound modern understanding all point a keen observer down those same lines of investigation. How will the electric universe break the glass ceiling?

Semiotics Semiotics frequently is seen as having important anthropological dimensions; for example, Umberto Eco proposes that every cultural phenomenon may be studied as communication.[2] Some semioticians focus on the logical dimensions of the science, however. They examine areas belonging also to the life sciences – such as how organisms make predictions about, and adapt to, their semiotic niche in the world (see semiosis). In general, semiotic theories take signs or sign systems as their object of study: the communication of information in living organisms is covered in biosemiotics (including zoosemiotics). Syntactics is the branch of semiotics that deals with the formal properties of signs and symbols.[3] More precisely, syntactics deals with the "rules that govern how words are combined to form phrases and sentences".[4]

The Real You and the Paper You The Freeman and Strawman Explained: The Real You and the Paper You Corporate maritime law vs common law and natural justice: the central lie of modern society explained. TRANSMITTING UTILITY TRANSMITTING UTILITY is defined as: A transmitting utility agent, utilized for the purpose of transmitting commercial activity for the benefit of the Grantor / Secured Party, an exclusive agent, with universal agency, a public agent, serving as a conduit for the transmission of goods and services in Commercial Activity, a thing to interact, contract, and exchange goods, services, obligations, and liabilities in Commerce with other Debtors/ grantees, corporations, and artificial persons. The DEBTOR / grantee is a Legal Entity according to the Uniform Commercial Code. UCC 9-105 (1)(n) "'Transmitting utility' means any person primarily engaged in ... the transmission of goods(1) by pipeline(2) ..." 1.) 9-105 (1)(h) "'Goods' also includes ... the unborn young of animals (humans), and growing crops."

The world observed through eyes that see: The greatest story never told In this blog entry (which will be my last) I will provide a small glimpse of the greatest story available to mankind. Experienced daily, but unknown to the masses, the same drama unfolds on all major layers of holographic nature: atomically, physically, mentally, spiritually and on planetary/ universal level and on all time frames (second, minutes, hours, days, weeks, months, years, lifetimes and ages). The information is too large to grasp and too complex to put into words, thus revelation of a simple, well known myth may help to understand.

Metaphysics Metaphysics is a traditional branch of philosophy concerned with explaining the fundamental nature of being and the world that encompasses it,[1] although the term is not easily defined.[2] Traditionally, metaphysics attempts to answer two basic questions in the broadest possible terms:[3] Ultimately, what is there?What is it like? Prior to the modern history of science, scientific questions were addressed as a part of metaphysics known as natural philosophy. Originally, the term "science" (Latin scientia) simply meant "knowledge".

Maritime "secret lien" Admiralty Law on land Maritime liens are ancient encumbrances on vessels under Admiralty Law to enforce the payment of debts. Merchants and governments like admiralty law because it provides less rights to a debtor than the common law. Because ships can sail out of a jurisdiction, the merchants needed swift execution to collect debts. Therefore a creditor can have a vessel arrested by the police without any proof that the debt exists and without filing the lien. This is called an "in rem" action, in which the vessel or its cargo is seized without any proof. The creditor does not have to prove that the debt is owed unless someone files a counterclaim in a court.

Innerstanding Are you interested in the most advanced spiritual knowledge available? Enroll in the Innerversity today and expand! Download this amazing Frequency Guide and learn the effects of thousands of frequencies. Its free! Looking for real Elements that have been proven to promote activation? Visit the Secret Energy Store

Virtual Particles: What are they? The term “virtual particle” is an endlessly confusing and confused subject for the layperson, and even for the non-expert scientist. I have read many books for laypeople (yes, I was a layperson once myself, and I remember, at the age of 16, reading about this stuff) and all of them talk about virtual particles and not one of them has ever made any sense to me. So I am going to try a different approach in explaining it to you. The best way to approach this concept, I believe, is to forget you ever saw the word “particle” in the term.

Physical Nothing v. Metaphysical Nothing - Quine By QUINE Updated: Monday, 27 February 2012 at 11:23 PM I was fortunate to be in the audience when Lawrence Krauss gave his terrific presentation, "A Universe from Nothing" in Burbank California in 2009. Subsequently many have asked me, "But how can something come from nothing," and Lawrence Krauss has expanded his presentation into a recently published book. Although, I am glad to direct people to his book for the details of the physics, I feel I need to add something about how we think about the subject of nothingness at the foundation. Nothingness has been contemplated by philosophers for thousands of years, but only explored by science in any detail, recently.

Hermeticism Not to be confused with Hermit. Hermeticism, also called Hermetism,[1][2] is a religious and philosophical/esoteric tradition based primarily upon writings attributed to Hermes Trismegistus ("Thrice Great").[3] These writings have greatly influenced the Western esoteric tradition and were considered to be of great importance during both the Renaissance[4] and the Reformation.[5] The tradition claims descent from a prisca theologia, a doctrine that affirms the existence of a single, true theology that is present in all religions and that was given by God to man in antiquity.[6][7] Many Christian writers, including Lactantius, Augustine,[8] Thomas Aquinas[citation needed], Marsilio Ficino, Giovanni Pico della Mirandola, Giordano Bruno, Campanella, Sir Thomas Browne, and Emerson, considered Hermes Trismegistus to be a wise pagan prophet who foresaw the coming of Christianity.[9][10] History[edit] Late Antiquity[edit] Renaissance[edit]

Hermetic Order of the Golden Dawn The three founders, William Robert Woodman, William Wynn Westcott, and Samuel Liddell MacGregor Mathers were Freemasons and members of Societas Rosicruciana in Anglia (S.R.I.A.).[5] Westcott appears to have been the initial driving force behind the establishment of the Golden Dawn. The Golden Dawn system was based on hierarchy and initiation like the Masonic Lodges; however women were admitted on an equal basis with men. The "Golden Dawn" was the first of three Orders, although all three are often collectively referred to as the "Golden Dawn". The First Order taught esoteric philosophy based on the Hermetic Qabalah and personal development through study and awareness of the four Classical Elements as well as the basics of astrology, tarot divination, and geomancy. The Second or "Inner" Order, the Rosae Rubeae et Aureae Crucis (the Ruby Rose and Cross of Gold), taught proper magic, including scrying, astral travel, and alchemy. Influences[edit]

Numerology Calculation For Day Number And Compound Number What is Day Number? In numerology calculation, you must know the meaning of Day Number. You have 30 or 31 days in a month. In February, you have 28 or 29 days. When you write a date, what number you write first, is The Day. How To Calculate Day Number?