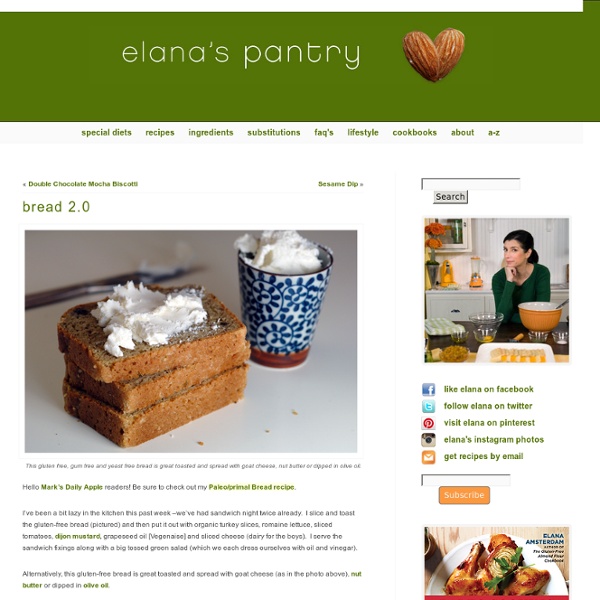 Coconut Chicken Fingers with Spicy Fruit Chutney One of the foods my husband and I really miss on the paleo or primal diet is breaded chicken. It's just soul satisfying comfort food for both of us. I do make a gluten free, grain free version of chicken fingers with almond flour sometimes, but tonight I thought I'd try something different. Keeping with the coconut theme I've had lately, I decided to dredge the chicken in unsweetened dried shredded coconut. I didn't want them to be naked, so I wanted to make a sauce, but pan sauce or gravy didn't seem right - so I decided to make a spicy fruit chutney. COCONUT CHICKEN FINGERSserves 2 ingredients:1-1.5 lbs boneless skinless chicken breast cut into large strips (4-5 per breast depending on if they have the tenders attached or not)2-3 T coconut flour1-2 eggs, beaten (start with 1 and use the second if you start to run out)1 cup unsweetened dried shredded coconut1 tsp sea saltcoconut oil for cooking Dredge each chicken finger first in coconut flour, then egg, then shredded coconut.

I Breathe...I'm Hungry...: Zero Net Carb Flax & Parmesan Pizza Crust As a food blogger there are times that you get really excited about writing a post because you know you’ve outdone yourself and come up with something awesome. This is one of those times! After the dismal failure of the flax crackers earlier this week I was down, but not out. Meanwhile I’ve been thinking about how I could adapt it to make recipes for low carb bread, pizza dough, pie crust etc., and have literally lain awake at night mulling over different ideas. Today my son had his first one-on-one play date here at our house, and it went great. It came out even better than I’d hoped! It’s made with whole ingredients that are actually good for you, which isn’t always the case with low carb store bought products which usually have all kinds of chemicals and fillers in them to make them taste and feel authentic. Loaded with fiber and healthy fats, whether you are low carb, gluten free, or just want more Omega 3’s in your diet, this pizza recipe is for you. Makes 4 servings: Ingredients:

How to Make Gluten Free Brioche I accidentally upgraded my wordpress account and it wreaked havoc. Lost all kinds of posts and it broke countless links. F@$#! One of the many post sent off unanchored into the ethernet was this guest post (and photo) by freelance writer Stephanie Stiavetti. As with her gluten-free fried chicken, enough people have asked about it that I’m reposting it again. I’ve really only recently become aware of what a rotten disease celiac is, especially for people who love to cook, and to eat, and to write about it. by Stephanie Stiavetti In the very beginning of my gluten-free life, I had some dark days indeed. There’s a whole world of food out there that doesn’t involve gluten, so I got busy rediscovering how to feed myself. Zoë François and Jeff Hertzberg developed this gluten-free brioche recipe for Healthy Bread in Five Minutes a Day, and I’m so excited to have brioche in my baking repertoire again. From “Healthy Bread in 5 Minutes a Day” by Zoë François and Jeff Hertzberg Stephanie Stiavetti

~pjgh : påleo: Coming in From the Cold Warning! Metaphors ahead! Metaphors, not innuendo - if you like innuendo, check out Modern Paleo Warfare. As ancestral eaters, we've been living in the ice age, some may have considered leaving the ice age and I've wondered whether we're even entering the mesolithic. Metaphors aside, paleo is moving along with the times and being moved along by the people. Is it time to come in from the cold? What began as the paleo diet has inspired and sparked much debate, research and reasoning to become a paleo template - using the paleo diet as a starting point and building it up into a framework, or set of principles. Chris Kresser calls it a paleo template in Beyond Paleo and this is very much at the forefront of Kurt Harris' and Richard Nikoley's mind in their responses to the recent debunking paleo articles. Paleo is not a religion! J Stanton noticed that paleo had reached the ominous third stage but who would have thought that the fight would come from vegans? We are animals, not machines! Principles

Gluten Free Multigrain Bread Recipe Gluten-Free Multi-Grain Boule / Photos by Shauna Ahern I’ve been fascinated with gluten-free bread recipes because they attempt to do what shouldn’t be possible: create a network of pliable solids that can expand and trap gas released by yeast, giving you a leavened bread without gluten. It’s also invariably a good-for-you loaf, with a rich variety of grains. Shauna Ahern, aka gluten-free girl, author of her the eponymous book and recently Gluten Free Girl and the Chef with husband Daniel, is among the best and has developed this seriously good gluten-free loaf for my bread-baking month. (There will be one more bread baking post; I know, it’s February, but who cares. Bread is Life. by Shauna Ahern The first years after I had to give up gluten, I turned away from photographs of crusty bread and piles of pasta. So when Michael posted this recipe for a multi-grain boule, and called for us all to make more bread this winter, I scrutinized his ratios and walked into the kitchen. The taste?

living in the ice age: Cream Cheese Pancakes Almost too easy to make! As a paleo alternative to traditional flour pancakes, the texture and flavour is just right. These pancakes are flour-free, nut flour-free and use cream cheese to add substance to the batter. This is not substitution - these pancakes are better than flour pancakes! I guess sweeter versions could be made using a little sweetener - honey, maple syrup, Stevia, or the like. With your regard to choice of sweetener and whether it is primal, I'll link to a couple of resources and you can make your own mind up: To work ... Cream cheese should be as natural as you can get it - there really is no need to buy industrialised cream cheese which may have all manner of preservatives, emulfisiers and so on. Interestingly enough, Philadelphia brand has Locust Bean Gum listed in the ingredients (urgh!) Of course you could make the cream cheese yourself by hanging some full fat yoghurt up in a muslin bag and permitting the whey to drain out. Have fun ...

Wasabimon Shares a Gluten-Free Fried Chicken Recipe I accidentally upgraded my wordpress account and it wreaked havoc. Lost all kinds of posts and it broke countless links. F@$#! by Stephanie Stiavetti A decade ago, those of us living with a gluten sensitivity were left clamoring for the “specialty” ingredients necessary to make decent substitutions for the dishes we loved and missed; rice flour cookies were rock-hard, while potato starch pizza crusts were a crumbly mess. A decent crispy fried chicken recipe is one of those American favorites that gluten-free folks have historically lived without. These days, there’s a huge assortment of alternative flours available to anyone eschewing gluten. If you’re new to gluten free cooking, rest assured that while these ingredients might be new to you, none of them are difficult to find. Makes about 3 pounds of chicken While Stephanie Stiavetti is freelance writer for the likes of NPR and Mom Magazine, she spends most of her time blogging about food at Wasabimon.com. © 2011 Michael Ruhlman.

Recipe for Roasted Green Beans with Mushrooms, Balsamic, and Parmesan (Todays pick for A Month of Daily Phase One Recipes is these delicious Roasted Green Beans with Mushrooms, Balsamic, and Parmesan. You might think of green beans as a summertime vegetable, but I first made these in January 2009, and since then this has become the most-pinned recipe from my blog on Pinterest. Apparently a lot of people like green beans! And these beans are so delicious, you won't even think about Phase One while you're eating them.) Back in the days when most of my exposure to green beans meant the ones that came from a can, I wasn't too much of a green bean fan. I do think that roasting vegetables is the greatest trick to add to your cooking repertoire, because nothing concentrates and sweetens the flavor of vegetables more than roasting. Cut mushrooms into slices that are about 1/2 inch thick. These are the beloved Costco beans that I love so much. to seal the bag and keep the rest fresh. Instructions: Preheat oven to 450F/230C. Printer Friendly Recipe Blogger Disclosure: