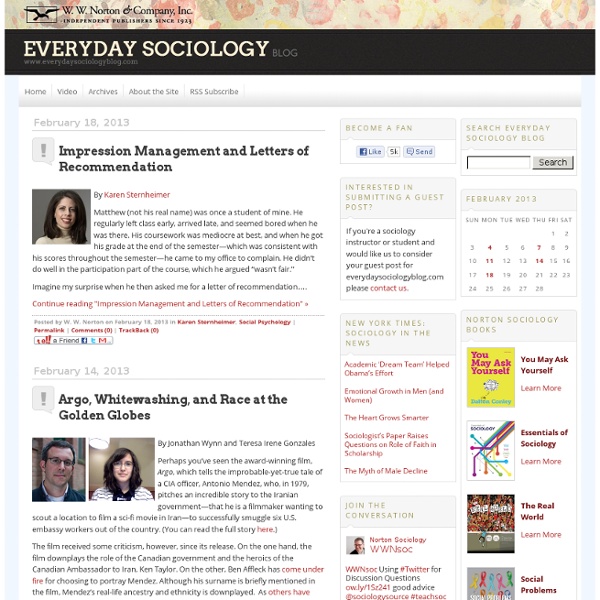 Science in society – politics, crime, government and policy Cookies on the New Scientist website close Our website uses cookies, which are small text files that are widely used in order to make websites work more effectively. To continue using our website and consent to the use of cookies, click away from this box or click 'Close' Find out about our cookies and how to change them Science in Society Log in Your login is case sensitive I have forgotten my password close My New Scientist Look for Science Jobs DNA testing divides American Indians Revealed – the network that runs the world London mayor Boris talks brain scans and robot cars INTERVIEW: 15:00 09 April 2014 Boris Johnson says biotech is the new banking – and talks about a love for nuclear physics and why robots will pay the congestion charge Indian election speaks to internet, nukes and climate TODAY: 17:04 08 April 2014 Although India's main political parties place the battle against corruption at the heart of their manifestos, science also features heavily TODAY: 01:00 31 March 2014 Living in denial

Cinema From Wikipedia, the free encyclopedia Cinema may refer to: In music: Visual arts The current usage of the term "visual arts" includes fine art as well as the applied, decorative arts and crafts, but this was not always the case. Before the Arts and Crafts Movement in Britain and elsewhere at the turn of the 20th century, the term 'artist' was often restricted to a person working in the fine arts (such as painting, sculpture, or printmaking) and not the handicraft, craft, or applied art media. The distinction was emphasized by artists of the Arts and Crafts Movement, who valued vernacular art forms as much as high forms.[4] Art schools made a distinction between the fine arts and the crafts, maintaining that a craftsperson could not be considered a practitioner of the arts. The increasing tendency to privilege painting, and to a lesser degree sculpture, above other arts has been a feature of Western art as well as East Asian art. Education and training[edit] Training in the visual arts has generally been through variations of the apprentice and workshop system.

Environment Environment may refer to: It may also refer to: Built environment, constructed surroundings that provide the setting for human activity, ranging from the large-scale civic surroundings to the personal placesKnowledge environment, social practices, technological and physical arrangements intended to facilitate collaborative knowledge building, decision making, inference or discoveryNatural environment, all living and non-living thingsSocial environment, the culture that an individual lives in, and the people and institutions with whom they interactPhysical environment, in ecology In computing: Desktop environment, in computing, the graphical user interface to the computerEnvironment variables, the dynamic set of variables defined in a processIntegrated development environment, a type of computer software that assists computer programmers in developing softwareRuntime environment, a virtual machine state which provides software services for processes or programs while a computer is running

Blog A blog (a truncation of the expression web log)[1] is a discussion or informational site published on the World Wide Web and consisting of discrete entries ("posts") typically displayed in reverse chronological order (the most recent post appears first). Until 2009 blogs were usually the work of a single individual, occasionally of a small group, and often covered a single subject. More recently "multi-author blogs" (MABs) have developed, with posts written by large numbers of authors and professionally edited. MABs from newspapers, other media outlets, universities, think tanks, advocacy groups and similar institutions account for an increasing quantity of blog traffic. The rise of Twitter and other "microblogging" systems helps integrate MABs and single-author blogs into societal newstreams. The emergence and growth of blogs in the late 1990s coincided with the advent of web publishing tools that facilitated the posting of content by non-technical users. History Origins Types By genre