Miles Davis - So What 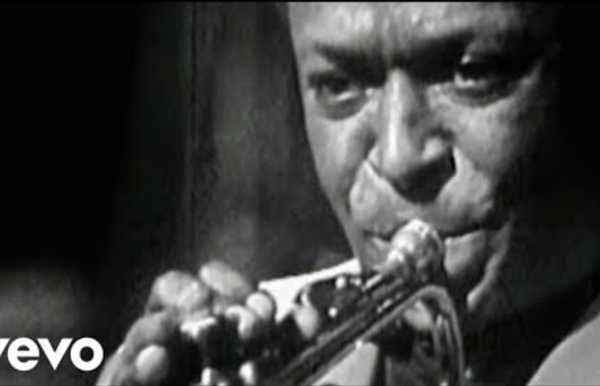 Good Kid, M.A.A.D City Good Kid, M.A.A.D City (stylized as good kid, m.A.A.d city) is the second studio album by American rapper Kendrick Lamar. The album was released on October 22, 2012, by Top Dawg Entertainment, Aftermath Entertainment, and was distributed by Interscope Records. The album serves as Lamar's major label debut, after his signing to Aftermath and Interscope in early 2012. It was preceded by the release of Kendrick's first studio album Section.80 (2011), released exclusively through the iTunes Store independently. The album debuted at number two on the Billboard 200 chart, selling 242,000 copies in its first week – earning the highest first-week hip hop album sales of 2012 from a male artist, along with the best-selling debut from a male artist of the year. It became Lamar's first album to enter the UK Albums Chart, peaking at number 16, and entering the UK R&B Albums Chart at number two. Background[edit] The cover artwork for Good Kid, M.A.A.D City fits to the concept of the album.

Miles Davis Iconic 1959 Album Kind of Blue Turns 60: Revisit the Album That Changed American Music No amount of continuous repeats in coffeeshops around the world can dull the crystalline brilliance of Miles Davis’ Kind of Blue one bit. The album turned 60 three days ago, and it still stands as one of the most influential albums, jazz or otherwise, of all time… indeed, as “one of the single greatest achievements in American music.” So says one of several critics praising the album in the introduction to an interview with Ashley Kahn, author of Kind of Blue: The Making of the Miles Davis Masterpiece. This would make Davis not only the composer of a new jazz Bible, but also a Bible salesman. Columbia responded, and as a result, many people around the U.S. Sales are neither necessary nor sufficient to make a classic album, but in the case of Kind of Blue, all of the stars aligned: critics universally praise it, musicians universally love it, and record buyers universally buy it. None of the musicians in the sextet had any idea the record would get as big as it did. Related Content:

tammyszu’s stream How Dave Brubeck's Time Out Changed Jazz Music Music video essay maestro Polyphonic is back. What I dig about his videos is that he takes on some of the true warhorses of modern popular music and manages to find something new to say. Or at least he presents familiar stories in a new and modern way to an audience who may be hearing ELO, Queen, or Neil Young for the first time. His latest upload explores Dave Brubeck’s groundbreaking jazz album Time Out. This is an album that regularly tops best-of lists, gets reissued constantly, and is so ubiquitous in some circles that it’s hard, like Led Zeppelin’s fourth album, to hear the album with fresh ears. Polyphonic touches on something right at the beginning of the video that deserves a full video essay of its own--the State Department’s mission to send American jazz musicians around the world as cultural ambassadors. Time Out was Brubeck’s fourteenth album for Columbia Records, but his breakthrough. Related Content:

Failed to open page Blues as a genre is based on the blues form but possesses other characteristics such as lyrics, bass lines, and instruments. Blues sub-genres include country blues, such as Delta, Piedmont and Texas blues, and urban blues styles such as Chicago and West Coast blues. World War II marked the transition from acoustic to electric blues and the progressive opening of blues music to a wider audience, especially white listeners. In the 1960s and 1970s, a hybrid form called blues-rock evolved. Etymology[edit] One alternative explanation for the origin of the "blues" is that it derived from mysticism involving blue indigo, which was used by many West African cultures in death and mourning ceremonies where all the mourner's garments would have been dyed blue to indicate suffering. Lyrics[edit] Early blues frequently took the form of a loose narrative. The lyrics often relate troubles experienced within African American society. "Backwater rising, Southern peoples can't make no time Form[edit]

When a Jazz Musician Shook Up Classical Music A racially mixed audience settled into the red velvet seats of Carnegie Hall, their faces gazing up at the gilded proscenium in a mirror image of the orchestral piece they were about to hear: Duke Ellington’s “Black, Brown and Beige.” It was Jan. 23, 1943, and segregation was at its height, even in cosmopolitan New York City. Yet patrons like Eleanor Roosevelt and Frank Sinatra commingled with Count Basie and other Black celebrities in the illustrious venue for the debut of Ellington’s ambitious jazz suite with its groundbreaking theme — a celebration of the role and spirit of African-Americans in the history of the United States, the injustices committed against them, the struggles they faced and the triumphant emergence of their identity. The concert’s promoters had taken out newspaper ads calling the new work “Duke Ellington’s first symphony,” while the composer himself had described it as “a parallel to the history of the Negro in America.” Fate is being kind to me. Vitals: b.

Continuum (John Mayer album) The album debuted at number 2 on the U.S. Billboard 200 chart, selling 300,186 copies in its first week. It also reached the top-ten in several other countries and sold over 3 million copies worldwide. Upon its release, Continuum received generally positive reviews from most music critics and earned Mayer several accolades, including a Grammy Award for Best Pop Vocal Album at the 49th Grammy Awards. Rolling Stone magazine named it the eleventh best album of 2006. With any trilogy, the third in the series blows it open. The album features mainly new songs, though "Gravity" and "Vultures" are available in live versions from John Mayer Trio's Try! The word "Continuum" is showcased across the center. In November 2007, a special edition of Continuum was released. By the time of release, Mayer had performed almost all of the songs live at least once, either with a full band or alone in an acoustic set during the Hotel Cafe shows from the previous winter. Continuum debuted on the U.S.

Things We Like - Jack Bruce | Songs, Reviews, Credits Enthusiasts expecting to hear a continuation of the type of material that Jack Bruce (bass) had been responsible for during his tenure(s) with Cream or the Graham Bond Organisation might be in for quite a shock when spinning Things We Like (1970) for the first time. Instead of an album's worth of blues-based rockers, the seven instrumentals feature Bruce with other former Graham Bond stablemates John McLaughlin (guitar), Jon Hiseman (drums), and Dick Heckstall-Smith (sax) performing post-bop and free jazz. A majority of the compositions were penned by Bruce in his preteen days of formal scholarship at the Royal Scottish Academy of Music, where he also mastered the cello and composed a string quartet at the age of 11. After having gained significant clout from Cream, Bruce assembled what was initially a trio.

Anton Zap - Water (official video) John McLaughlin: Extrapolation If you were looking for one John McLaughlin record you might play for a curious friend, this would be the one. Extrapolation was McLaughlin's first album release as a leader, and it sounds as fresh today as it did way back in 1969. From the opening strains of "Extrapolation" to the closing softness of "Peace Piece," this album presents a fine modern European jazz quartet in full charge of the sounds of their time. Extrapolation features the under-appreciated John Surman on sax, Tony Oxley on drums and Brian Odges on bass. This quartet blazes through McLaughlin's JAZZ-blues-rock compositions and forms a hodge-podge of restless rhythms and irresistible hooks. Extrapolation also offers glimpses into the future. It would take the world 20 years to discover how truly timeless this album was. Related link: John McLaughlin Reviews @ All About Jazz Personnel: John McLaughlin- guitar, John Surman- sax, Brian Odges- bass, Tony Oxley- drums