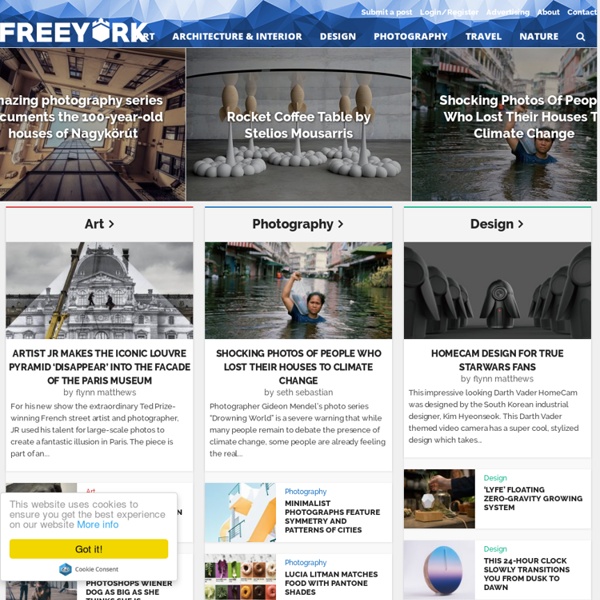 Reflected Sunsets Through Shattered Mirrors New York-based photographer Bing Wright has created a stunning series of images that capture the reflections of beautiful sunsets in broken mirrors. The method behind his Broken Mirror/Evening Sky series is brilliant in its simplicity. The black lines in the shattered mirrors distort the sunset while retaining all of its splendorous color, making them seem like stained glass windows from a cathedral built by an alien race. According to Bing, the images were created in his studio by projecting his sunset photos at broken mirrors that were angled towards the projection.