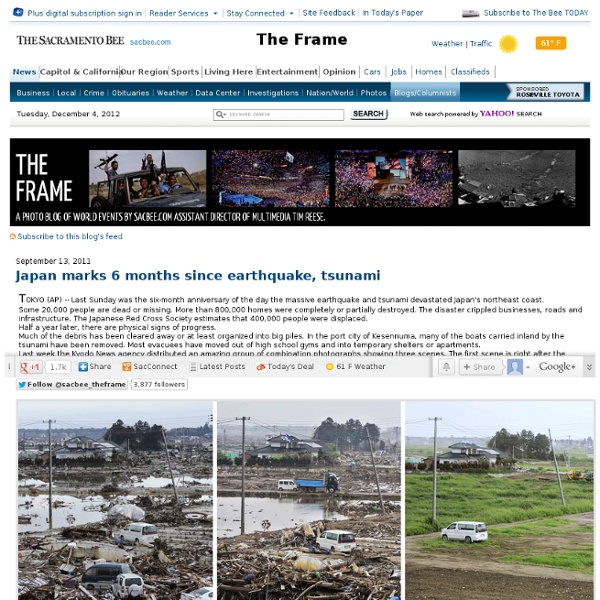 Rapidly Inflating Volcano Creates Growing Mystery Should anyone ever decide to make a show called "CSI: Geology," a group of scientists studying a mysterious and rapidly inflating South American volcano have got the perfect storyline. Researchers from several universities are essentially working as geological detectives, using a suite of tools to piece together the restive peak's past in order to understand what it is doing now, and better diagnose what may lie ahead. It's a mystery they've yet to solve. Uturuncu is a nearly 20,000-foot-high (6,000 meters) volcano in southwest Bolivia. "I call this 'volcano forensics,' because we're using so many different techniques to understand this phenomenon," said Oregon State University professor Shan de Silva, a volcanologist on the research team. Researchers realized about five years ago that the area below and around Uturuncu is steadily rising — blowing up like a giant balloon under a wide disc of land some 43 miles (70 kilometers) across. Uber-Uturuncu? Volcano rap sheet

Weird News Stories » Tattoo Artist Facing Civil Lawsuit November 21st, 2011 Two trailer park residents in Dayton, Ohio are going to be battling this out in court over the next few months. Tattoo artist, Ryan L. Fitzjerald was hit with a $100,000 lawsuit last week by his ex-girlfriend Rossie Brovent. She claims that her boyfriend was supposed to tattoo a scene from Narnia on her back but instead tattooed an image of a pile of excrement with flies buzzing around it. Apparently Ryan found out that she had cheated with a long-time friend of his and this was his way of getting even. Entry Filed under: Crazy Folks,Mostly True,Scary Strange

Star Wars: The Empire Strikes Back™ Sheeting We now offer international shipping through global provider, Borderfree. As you shop, you will see prices in your selected currency. You can change where you would like to ship your items in the top right corner of our website. To learn more about international shipping, please visit our International Orders page. PLEASE NOTE: Some items are not eligible for international shipping. Skeptic finds he now agrees global warming is real WASHINGTON (AP) — A prominent physicist and skeptic of global warming spent two years trying to find out if mainstream climate scientists were wrong. In the end, he determined they were right: Temperatures really are rising rapidly. The study of the world's surface temperatures by Richard Muller was partially bankrolled by a foundation connected to global warming deniers. Yet he found that the land is 1.6 degrees warmer than in the 1950s. He said he went even further back, studying readings from Benjamin Franklin and Thomas Jefferson. What's different, and why everyone from opinion columnists to "The Daily Show" is paying attention is who is behind the study. One-quarter of the $600,000 to do the research came from the Charles Koch Foundation, whose founder is a major funder of skeptic groups and the tea party. Muller's research team carefully examined two chief criticisms by skeptics. View gallery Still, Muller said it makes sense to reduce the carbon dioxide created by fossil fuels.

cost of bottled water Thousands in D.C. protest pipeline Demonstrators march with a replica of a pipeline during a protest to demand a stop to the Keystone XL tar sands oil pipeline outside the White House on Sunday, Nov. 6, 2011, in Washington. AP Photo/Evan Vucci Last Updated 5:04 p.m. ET WASHINGTON - Thousands of protesters, including a Nobel laureate and a movie star, gathered near the White House on Sunday in opposition to TransCanada's Keystone XL pipeline. The demonstration is the latest in a series of White House protests aimed at convincing U.S. Mark Ruffalo, nominated for an Academy Award last year, and Jody Williams, winner of the 1997 Nobel Peace Prize for her work on banning landmines, were among the celebrities who intended to join hands and encircle the White House despite the fact that Obama was golfing in northern Virginia on a stunning autumn afternoon. "I'm here to get a message to President Obama to stop the tarsands, Keystone XL pipeline," Ruffalo told The Canadian Press. The U.S. © 2011 CBS Interactive Inc.

Ocean Currents and Climate Ocean Currents and Climate There are two type of Ocean Currents: 1. Surface Currents--Surface Circulation These waters make up about 10% of all the water in the ocean. These waters are the upper 400 meters of the ocean. 2. These waters make up the other 90% of the ocean These waters move around the ocean basins by density driven forces and gravity. The density difference is a function of different temperatures and salinity These deep waters sink into the deep ocean basins at high latitudes where the temperatures are cold enough to cause the density to increase. Ocean Currents are influenced by two types of forces 1.Primary Forces--start the water moving The primary forces are: 1. 2. 3. 4. 2.Secondary Forces--influence where the currents flow 1. Solar heating cause water to expand. Winds blowing on the surface of the ocean push the water. A wind blowing for 10 hours across the ocean will cause the surface waters to flow at about 2% of the wind speed. Gyres North Atlantic Gyre Ekman Transport

Giant Asteroid Vesta Has Mountain Taller Than Anything on Earth | Asteroid Vesta & Vesta Images | NASA's Dawn Spacecraft A NASA spacecraft orbiting the asteroid Vesta is revealing new details about the huge space rock's surface, including a massive mountain that rises taller than Mt. Everest on Earth. NASA's Dawn probe has been circling Vesta since mid-July, when it arrived in the asteroid belt that orbits the sun between Mars and Jupiter. So far, Dawn has beamed back surprising views of Vesta that revealed an enormous mountain in the asteroid's southern hemisphere and show that its crater surface is incredibly diverse place. [Latest Photos of Asteroid Vesta] "We are learning many amazing things about Vesta, which we call the smallest terrestrial planet," Chris Russell, principal investigator of the Dawn mission, said in a statement. Vesta's giant southern mountain is nearly as tall as Olympus Mons, the largest mountain (and volcano) in the solar system, which soars about 15 miles (24 kilometers) above the surface. Dawn at Vesta Calculating ages on Vesta