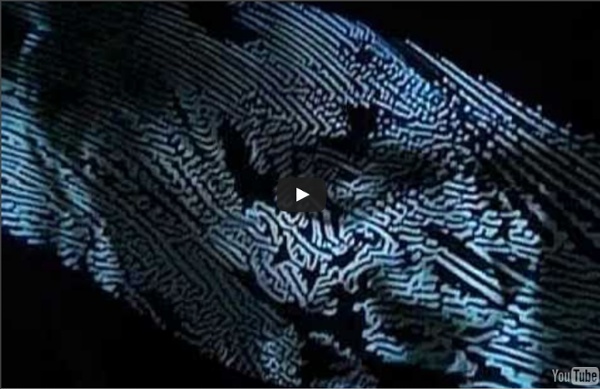 Transhumanism: A Viable Goal? I consider myself a transhumanist in terms of being an advocate for human enhancement, but I think there is a lot of charlatanism and snake oil salesman out there, trying to make a buck on peoples hopes. I would make the distinction between transhumanism and human enhancement in the length of someones outlook. An advocate for human enhancement would both believe that 1. individuals have the right to choose for themselves to technologically/biologically enhance themselves with any available technology (enhancement being different from treatment of illness or disability) or to choose not to and 2. new technologies should be available to anyone. A transhumanist, in my definition, is someone who see's human enhancement (possibly as defined above) as a means to an end - the end ultimately being posthumanism. It's mixing human enhancement with futurism. Especially as someone interested in the brain, I find these claims dubious. The question then becomes threefold.

YouTube Video Streams Top 1.2 Billion/Day We’ve been hearing for some time (starting with an ex-Youtube employee) that the number of video streams per day reported by Comscore, Nielsen and other metrics services way under-report on Youtube’s total video streams. It’s hard to compare apples to apples, though. Recent Comscore data says Google/YouTube streams just under 7 billion videos per month in the U.S., up from around 5 billion/month late last year. That’s about 225 million streams a day, which still puts them well above all the next major competitors (MySpace, Hulu, Yahoo, Viacom, Microsoft, etc.). But the real number of streams/day, we’ve now confirmed with a source at Google, is above 1.2 billion/day worldwide. Google hasn’t commented on this in the past, and we can’t figure out exactly why. We’ve spoken to Comscore about this casually in the past, and they’ve noted that their estimates are based on available data, and that data doesn’t involve direct access to YouTube servers. But one thing is clear.

The Future Fire editors' blog How many videos are on youtube Here are a bunch of interesting statistics which I have compiled from various sites over the past few months. Since many of these numbers date from the summer, they're not necessarily the most current or up-to-date (although I've made several "calculated" adjustments): Total number of YouTube videos -- over 120,000,000 Number of videos uploaded per day -- about 200,000 Time required to see all the videos -- over 600 years Number of videos watched daily -- over 100,000,000 Amount of content uploaded every minute -- 13 hours Number of accounts on YouTube -- over 300,000,000 Percentage of videos violating copyright -- over 12% The top categories of uploaded videos -- music 20%, entertainment 15%, people/blogs 14%, comedy 13% sports 7%, educational 6%, automotive 5%, film 5% Source of videos -- amateur 80%, professional 15%, commercial and corporate 5%

Cafe SETI: Trade stories with other SETI@home users . . . A leading neuroscientist says processing digital information can rewire your circuits. But is it evolution? By Jeneen Interlandi | NEWSWEEK Is technology changing our brains? A new study by UCLA neuroscientist Gary Small adds to a growing body of research that says it is. And according to Small's new book, "iBRAIN: Surviving the Technological Alteration of the Modern Mind," a dramatic shift in how we gather information and communicate with one another has touched off an era of rapid evolution that may ultimately change the human brain as we know it.

Transhumanity Homo Perfectus! Friday, March 23, 2007 The Perfect World Tour: An Imperfect Guide to the Perfect World By A.R. “The Perfect World Tour opens the portals of your imagination, presenting a vision of humanity that is in complete harmony with nature and ultimate reality. The Perfect World Tour is a mythical story created as an attempt to express, explore and communicate through a series of visual art and writing, the desire and state of perfection. Book Outline I. 1. 2. 3. 4. 5. 6. 7. 8. Book is FREE for download at: www.homoperfectus.net Read full article Posted by posthumor on 03/23 at 08:12 PM Print • Permalink A guide to hosting your own transhumanist arts center Tuesday, January 30, 2007 A guide to hosting your own transhumanist arts center Through the concept of a temporary nomadic cultural center, you can set out to build this new art scene and bring people from disparate social circles together under one roof. Solidify your concept. Image is everything. Find the key players. Find a space.

internetiturundus » transhumanism Transhumanists believe that humanity can and should strive to attain higher levels of physical, mental, and social achievement through the use of technology. They seek to extend human capabilities and improve the human condition through technology- supporting the quest for immortality, the conquering of death and disease, the amplification of human intelligence, and the capabilities of the human body. Transhumanists recognize that over time and with technological advancements, man will realize new possibilities for society and human nature and achieve a posthuman condition (becoming more than human). Societal change is an important consequence of technological progress. Because of this passionate trust in technological advancement, transhumanists generally see all technologies, as long as they don’t jeopardize the non-corporeal consciousness of a person, as being beneficial both to society and to the happiness and advancement of the person. [ See All Results ]

thesis « Drugs in Milk In the past few days, I’ve encountered numerous articles on blogs and forums that announced an alien-coming today. As I’ve also heard there were many people awake waiting for the chance to witness the visitors. The name of the Aliens is Galactic Federation of Light , which we get to know from a seer (my humblest apologies, if the title is, even a bit, amateur). But let’s contemplate a bit. “Lacan studied to prove [...] the presence of the subject of the enunciation does not need the presence of the énoncé “ Although, he talks about a bomb scare, we can easily transfer this mechanism to the beforesaid scare as well. “Of course, but identifying with the bomb may not be the best way to get out of such a situation” that is, even if we are to meet some kind of an alien-life form, we should not let ourselves be fooled with what we are not sure of. “Interestingly, it makes no difference here whetherwe are talking about something [uncanny] in a bookor something in the so-called outside world.

Immortality in-the-world and of-the-flesh: Death in Platonism and Transhumanism « Cybject I’ve been thinking about the famous passage in Plato’s Phaedo where Socrates explains to his Pythagorean interlocutors Simmias and Cebes that a philosopher must be willing to die and follow the dying. This willingness to follow the dying does not come without qualifications: the philosopher ought not, for example, commit suicide. Cebes asks Socrates why “a man ought not to take his own life, but that the philosopher will be ready to follow the dying?” Socrates begins his answer to Cebes: “I admit the appearance of inconsistency…but there may not be any real inconsistency after all in this.” I find myself returning, over and over again to these lines about “not trying to free oneself or run away”– despite the incessant 21st century call to liberate ourselves from both the tragic limitations of our human fate and the authority of our masters. Of course, Socrates still has not resolved Cebes’ question. Socrates’ would have had a lot to say if this passage were presented to him. Like this:

Transhuman Telex External Link Internal Link Inventory Cache Transhuman This nOde last updated December 17th, 2004 and is permanently morphing transhuman philosophy transhuman mailing list Friedrich Nietzsche's Overman concept 604 track _Herr Ubermann_ MP3 (192k) by Logic Bomb sample: "evolution is at work here... but just what is evolving remains to be seen Think about this for a moment: If the human mind does not loom large in the coming history of the human race, then what is to become of us? psychedelic, because the future belongs to the mind. lens of translinguistic matter generated out of the body of each of us at a critical juncture at our psychedelic bar mitzvah. matrix of the translinguistic lens we have become. holographic wave transform while one is at play in the fields of the lord and living in Elysium. Terence McKenna - _Tryptamine Hallucinogens And Consciousness_ The Big Picture By Danny Hillis Let's put all this hype about change and transformation in perspective. evolution. butterfly. film

Three Peas in a Pod: Mormonism, Transhumanism & Pelagianism — Logos Apologia Pin ItI have been challenged here by a Mormon on the topic of “Christian Transhumanism” on which my research is published at Raiders News here . A foundational problem is that my paper was written to Christian Bible believers. My challenger is neither. While he seems to claim the term “Christian”, there are profound inconsistencies in his reasoning. They are so fundamental to his worldview, that an exchange is not likely to be fruitful. One aspect of this critique is accurate: Christian transhumanists do tend to be driven by a Pelegian view of sin, which is nonetheless compatible with Christianity. With his blatant embrace of heresy in the very first paragraph, it’s quite tempting to say “check mate, thesis proven” and leave it at that. Theologically, Pelagianism is the heresy which holds that man can take the initial and fundamental steps towards salvation by his own efforts, apart from Divine grace. There is no false dichotomy presented but a real one. ). Yes, absolutely I do! ). ). ).