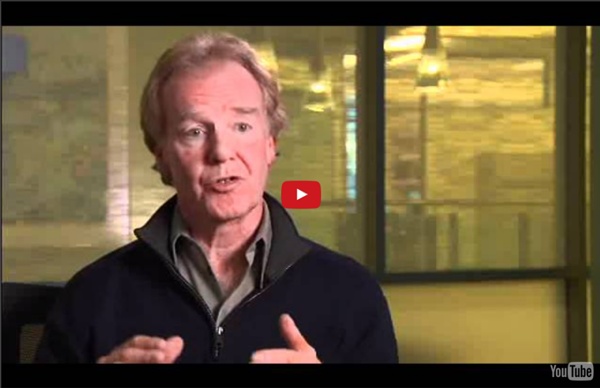 Home « CREAX Who Really Suffers When You Don't Share Your Ideas at Work Worried that someone at work might be stealing your good ideas? Relax. It doesn't happen as often as you think. A study in the current issue of the Academy of Management Journal discovered employees have nothing to gain from hiding their insights from co-workers, and just end up hurting themselves by doing so. The study's authors said employees should reconsider and be careful about hiding knowledge from their peers, because what goes around comes around. "More specifically, employees who intentionally hide more knowledge seem bound to receive such selfish behavior in return from their co-workers, which will ultimately hurt them and decrease their creativity," the researchers wrote in the study. One of the paper's authors, Matej Cerne of Ljubljana University in Slovenia, said certain workplaces encourage this behavior. "But, given the lack of emphasis on individual rewards in such settings, there is little incentive to hide knowledge," he said.

Coevolving Innovations | Systems Thinking and Futures Studies (Systems Thinking Ontario, 2013-02-21) The pre-reading of Emery (1967), “The Next Thirty Years: Concepts, Methods and Anticipations” was introduced as a challenging article for the second meeting of Systems Thinking Ontario on Feb. 21, 2013. The theme for the evening was “Systems Thinking and Future Studies”, so there was some irony in looking backwards to 1967 to have a discussion on looking forward. In my role as reviewer in Systems Thinking Ontario sessions, I would prefer to try to stick to the text rather than adding editorializing. However, since this Emery (1967) article is particular rich, I tried to provide some additional context to make the reading easier. Fred Emery is especially known for his work with the Tavistock Institute for Human Relations, as one of the pioneers of the field we know today as organization science, including organization development and organization design. In I. Essentially, the challenge is that human beings can shape their futures, and not just be passive participants in the changes. 1.

Spiral Dynamics In spiral dynamics, the term vmeme refers to a core value system, acting as an organizing principle, which expresses itself through memes (self-propagating ideas, habits, or cultural practices). The superscript letter v indicates these are not basic memes but value systems which include them. The colors act as reminders for the life conditions and mind capacities of each system and alternate between cool and warm colors as a part of the model.[2] Within the model, individuals and cultures do not fall clearly in any single category (color). Each person/culture embodies a mixture of the value patterns, with varying degrees of intensity in each. Spiral Dynamics claims not to be a linear or hierarchical model. According to Spiral Dynamics, there are infinite stages of progress and regression over time, dependent upon the life circumstances of the person or culture, which are constantly in flux. vMEMEs[edit] THE FIRST TIER VALUE SYSTEMS; The Levels of Subsistence[5] Beige[edit] Purple[edit]

"Situational Futuring" and 44 Mind-Stretching Scenarios to Learn How to Use It Last week I got into a discussion with a friend about the concept of self-contained water. If you think in terms of picking up a bottle of water, only without the bottle, you get the picture. Rocks are self-contained, baseballs are self-contained, so why can’t we devise some way to make water self-contained? As an example, if water itself could be used to form a somewhat hardened skin around a small quantity of water, we could create 100% consumable water with zero waste. An industrial design team in London has come the closest with something called “Ooho,” a blob-like water container made out of an edible algae membrane. As we imagine our way through this design problem, many more questions come to light. Even a container made of water will get dirty, so how do we clean the dirt from the side of a solid water container? More importantly, what is the optimal size for a self-contained water container? Maybe we don’t actually eat or drink the container. Situational Futuring 2. 3. 4. 5. 6.

chris argyris, double-loop learning and organizational learning @ the encyclopedia of informal education contents: introduction · life · theories of action: theory in use and espoused theory · single-loop and double-loop learning · model I and model II · organizational learning · conclusion · further reading and references · links · cite Chris Argyris has made a significant contribution to the development of our appreciation of organizational learning, and, almost in passing, deepened our understanding of experiential learning. On this page we examine the significance of the models he developed with Donald Schön of single-loop and double-loop learning, and how these translate into contrasting models of organizational learning systems. Life Chris Argyris was born in Newark, New Jersey on July 16, 1923 and grew up in Irvington, New Jersey. During the Second World War he joined the Signal Corps in the U.S. Chris Argyris enjoyed the outdoors – and, in particular hiking (especially in the mountains of New Hampshire and across New England). Theories of action: theory in use and espoused theory

A Closer Look at Transformation: Collective Intelligence | Frank Diana's Blog Next up in this transformation series is the seventh enabler: Collective Intelligence. One of the key themes throughout this transformation series is the clear movement from an enterprise entity to an extended enterprise of stakeholders. This extended enterprise – or what I alternatively call value ecosystem – increases complexity and requires a new management approach to be effective. I use the term collective intelligence as an umbrella phrase that combines the critical need for both collaboration and analytic excellence. Collective intelligence allows us to harness the efforts, knowledge and brainpower of a community. Thanks to advances in technology, individuals, groups and computers can collectively act more intelligently than ever before. Value ecosystems complicate collaboration and exacerbate the diffusion of knowledge – I described the drivers of value ecosystems as part of this transformation series in an earlier Post. Extended Enterprise Value Ecosystems Forcing Functions: Mr.

Form, Patterns, Emptiness and Stuckness This post first appeared on my companion site Transformational Tools for Body Energy and Mind This one isn’t a pot-boiler. However it’s utterly profound and utterly a meta-pattern about life and next to every tool in TTEM. We live in a world of form – ie persistent patterns. However excess form is rigidity, stuckness. About twenty years ago I was interested in the work of the Santa Fe institute on complexity. this great idea of life existing at the edge of chaos (mine often feels that way (ha ha)). The criterion of whether you age or whether you grow is whether you become more fixed or more flowing. Your body will inevitably get more rigid – but even then that can be hugely minimised. Before we get too excited, enamoured of charts and commit the errors of derivative pricing (taking nice simple mathematical models and equating them to reality) we need to back up a bit. To take an example TTEM was stuck for many years by outdated website software. Anyway what does this all mean to you?

Video of Dr. Russell Ackoff Discussing Systems and Pieces On weekends, I like to share videos or fun stuff that gets us thinking. Today, I’m sharing a video with the legendary Dr. Russell Ackoff where he’s speaking at a session moderated by Clare Crawford-Mason, the producer of the outstanding video Good News…How Hospitals Heal Themselves on Lean and systems thinking. Ackoff makes important points in the video, but he starts with one of the funnier (and unexpected) speaker openings I’ve seen: Since Ackoff was speaking at the end of a list of distinguished speakers, he said: “I feel like a pornographic movie that’s being shown to people who just engaged in sex… in short, anti-climax.” Here is the video: Some of the notes I took while watching (I’ll leave them unedited): Failures in improvement programs – comes from not making systemic improvements. If a system is taken apart, it loses its inherent properties. If you take the parts separately, the system as a whole will not be improved. Continuous improvement or dis-continuous improvement?

The Rise of the Sharing Economy- PapyrusEditor By Lonnie Shekhtman Governments have their work cut out for them in keeping pace with innovation, especially as mobile, social and cloud technologies allow for new business models that, in the eyes of regulators, threaten consumer safety and incumbent industries. The most poignant current-day example of the tug-of-war between government and technology entrepreneurs is the legal quagmire many “sharing,” or “collaborative consumption,” companies face in the cities they operate. The problem, at least for home- and car-sharing services, is multifaceted: they’re agitating dozens of stakeholders, operating in uncharted territories, and legally indefinable. And indefinable is hard to regulate. You can’t talk about legal issues surrounding ‘sharing’ without talking about the industry’s ‘800-pound gorilla’: home rental service Airbnb. “Government is usually the last one to pick up on innovations,” Turner said. Or is it?

Joseph M. Juran Early life[edit] Juran was born in Brăila, Romania, one of the six children born to a Jewish couple, Jakob and Gitel Juran; they later lived in Gura Humorului. He had three sisters: Rebecca (nicknamed Betty), Minerva, who earned a doctoral degree and had a career in education, and Charlotte. He had two brothers: Nathan H. Juran and Rudolph, known as Rudy. Personal life[edit] In 1926, he married Sadie Shapiro. Joseph and Sadie raised four children (3 sons and 1 daughter.) Department Chief[edit] Juran was promoted to department chief in 1928, and the following year became a division chief. As a hedge against the uncertainties of the Great Depression, he enrolled in Loyola University Chicago School of Law in 1931. During the Second World War, through an arrangement with his employer, Juran served in the Lend-Lease Administration and Foreign Economic Administration. Japan[edit] Working independently of W. Contributions[edit] Pareto principle[edit] Management theory[edit] The Juran trilogy[edit]