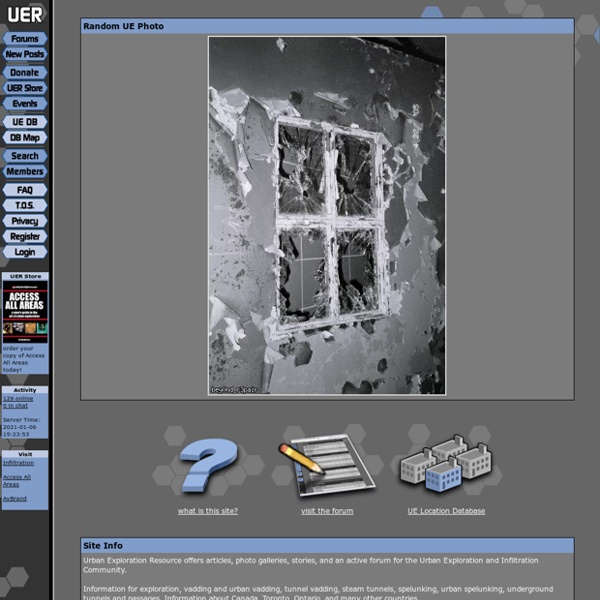 Munk Debates - Membership The purpose of the Munk Debates membership program is to keep supporters up-to-date on our news and future events, and to raise funds to help offset the cost of of operating this website. The Munk Debates communicates with its members via email only. * The 48 hour advance ticket window is only provided to our premium members. Tickets are limited and made available on a first-come first-served basis. s Best Photos of sanatorium and tombeek Flickr Hive Mind is a search engine as well as an experiment in the power of Folksonomies. All thumbnail images come directly from Flickr, none are stored on Flickr Hive Mind. These photos are bound by the copyright and license of their owners, the thumbnail links take to you to the photos (as well as their copyright and license details) within Flickr. Because some other search engines (Google, etc.) index parts of Flickr Hive Mind, you may have been led here from one of them.

10 Must-Listen True Crime Podcasts Wearing his finest black outfit, Francis Smith stared nervously at the three judges in London’s main criminal courthouse. A mild-mannered excise tax collector, Smith had no known criminal history and certainly no intention to become the centerpiece of one of 19th century England’s most unusual murder trials. But a week earlier, Smith had made a criminally foolish mistake: He had shot and killed what he believed to be a ghost. The spectators inside the courthouse sat hushed as the prosecutor and a cross-examiner questioned about half a dozen eyewitnesses. Each person had seen Smith in the village of Hammersmith (now a part of London) the night of the crime, or they had previously seen the ghost that Smith was zealously hunting. One such eyewitness, William Girdler, the village night-watchman and Smith’s ghost-hunting partner, had not only seen the white-sheeted specter lurking across the street—he had chased it.

Vintage Roamer Blog It makes sense to start this post with the most famous (or well known) of military Roamers are those produced for the Rhodesian (Zimbabwe) bush war (July 1964 and December 1979) – which were a hacking MST520 manual wind movement. These were sourced via South Africa due to the Rhodesian trade embargo, and are alternatively marked, RA (Rhodesia), ZA and Z (Zud Afrika), and the watches must have been sourced between 1973 when the MST520 movement was introduced and 1976 when production ended. You will note this example (mine) is marked ZA4063 and also SFA200. The SFA could be the Security Force Auxiliaries that was created in 1978, well after production of the watches ceased. I would guess the watch was reissued to the SFA on its formation, unless the abbreviation turns out to mean something else. Moving on from the well known, let us head back to WWII and look at Roamer’s involvement.

Cryptoscatology: United Together (or) Everything You Need to Know About Campaign 2016 Can Be Learned from THE PRISONER Anyone confused by the blatantly Machiavellian/Orwellian/Huxleyesque machinations on display during this unique campaign season need only watch a single episode of an almost fifty-year-old television show to fully comprehend the peculiarities of the nightmarish dilemma in which we now find ourselves. In 1967 writer/actor/director Patrick McGoohan created The Prisoner, which remains the most prescient drama ever aired on television. The series chronicles the Kafkaesque adventures of a man known only as Number Six (McGoohan) who attempts to resign from his highly sensitive position as a secret agent, and as a result is abducted, held prisoner, and tortured repeatedly by entities unknown.

How to Protect Yourself From Psychic Attack? - Mojan.com How to Protect Yourself when under Psychic Attack by Mojan How to Heal Psychic Attack? Books « Ihtsbih « TuckerMax.com I Hope They Serve Beer In Hell has taken root in the consciousness of America’s youth, having sold over 1.5 million copies and being hailed by The New York Times as the book that originated the literary movement, “fratire,” as well as being called by The Washington Post, “The only book every college student in America has read.” Release Date: January 2006 “I am completely baffled as to how you can congratulate yourself for being a womanizer and a raging drunk, or think anyone cares about an idiot like you. Threepenny: Brock, You Can’t Even Remember "The struggle of man against power is the struggle of memory against forgetting." — Milan Kundera People say to me, "You're a flight attendant? I don't know how you do it."