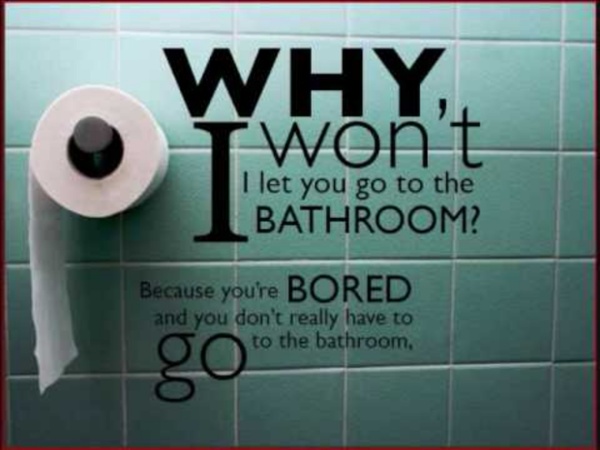 Get in on the Act I: Beginner Grammar | diana funtana esl Get in on the Act I: Beginner Level That’s really amazing! Liven Up Learning! Watch these short, entertaining videos and learn how to use the following basic grammar in a simple conversation: modal verb “can”to be and to havesome, any, much and manypresent perfect: Have you ever … Act I worksheets with pre-listening exercise, complete script and role plays are available at: Watch, listen and learn! Life Experiences Grammar point: Present Perfect Life Experiences <p>JavaScript required to play <a hreflang="en" type="video/mp4" href=" Experiences</a>. Diana interviews international news correspondent and world traveller, Adie Ventura, about her fascinating travel experiences. Apartment for Rent Grammar point: there is/ are, some / any, much / many Apartment for rent Amazing Superheroes Grammar point: can Amazing Superheroes Small Talk

Podcasts and Downloads - World News For Schools Ten things you might not have known about the English language Alex Hammond writes for ESL – Language Travel. In this guest post, he reveals a few little-known facts about the origins of the English language. Hey, English speaker! Congratulations. Here are ten things that you may not have known about this wonderful language of ours: 1. L’Académie française, based in Paris, is in charge of overseeing the French language. For Spanish there is the Real Academia Española. There are political reasons for this. In the USA, a bill for the incorporation of a national academy was unsuccessfully introduced into congress in 1806. Nowadays, the only English-speaking country to have a language academy is South Africa. 2. According to the British Council, around 1 billion people around the world were learning English in 2000. 3. 96 of the 100 most common English words are Germanic Of the hundred most frequently used words in English, 96 have Germanic roots. Surprised? 4. The shift away from the Germanic languages, however, had started much earlier, because… 5. 6.

Simon's Cat Welcome to the Simon's Cat Youtube channel! Don't forget to subscribe! If you're already a fan on YouTube, why not check out our Facebook page too! Simon's Cat is an animated series featuring the mischievous and often hilarious antics of a fat white cat and his owner Simon. The channel includes:Simon's Cat Films - Short, funny animations that observe life as a cat owner.Simon's Cat Logic - A fun and informative series that looks at why cats do the silly things they do, and what we can do to help them live happy and healthy lives.Simon's Cat 'How To': Tutorials on how to draw and animate in Simon's Cat style.Simon's Cat: Behind the Scenes: Sneak peek into the work we do. Have you visited the official Simon's Cat website? Want to see more of our Black & White films? Want to know more about the history of Simon's Cat? Edited by: Minesh ChandaranaExecutive Producer: Mike BellProducer: Emma BurchAssociate Producer: Edwin EckfordProduction Manager: Rebecca Warner-Perry FAQs: Q. Q. Q. Q.

The Public Library Manifesto: Why Libraries Matter, and How We Can Save Them by David Morris Why libraries matter, and how we can save them. posted May 06, 2011 "The word 'public' has been removed from the name of the Fort Worth Library. Why? In an age of greed and selfishness, the public library stands as an enduring monument to the values of cooperation and sharing. This is not the time to take the word “public” out of the public library. The public library is a singularly American invention. Public libraries are one of the most ubiquitous of all American institutions, more widespread than Starbucks or McDonalds. By the 1870s, 11 states together boasted 188 public libraries. Almost two thirds of us carry library cards. Protecting the Right to Know When we think of libraries, we tend to think of books, and rightly so: Public libraries are by far our largest bookstores, and a majority of the 2.5 billion items checked out are still books. But libraries are much more than bookstores. By 1935, public libraries were serving 60 percent of the population. Library Economics Mary A.

Listening Listening Lessons Dogs, Dogs, Dogs - Idioms and phrases using the word 'Dog'. Get the phone! ESL Lessons Daily Word Copyright 2009 - 2013 - 5MinuteEnglish.com is an ESL (English as a Second Language) Resource Should Teachers Friend Their Students? | Notes From The Classroom On Facebook, how classroom rules do and do not apply. In real life, people don't just usually walk right up to you and ask you to be their friend. Little kids do, I guess, but adults generally see that sort of question as just plain weird. I think of this sometimes when my students friend me on Facebook—adding yet another layer of complexity to the question of how best to balance the teacher-student-friend relationship—a layer of complexity that just five years ago did not exist. Many schools have responded to this new reality by creating official Facebook policies. But mine is a private high school that trusts its teachers to behave responsibly until, I suppose, someone doesn't. But my self-imposed policy fell apart earlier this year, thanks in part to a spunky gymnast named Tara Potts. Have I, as a result of this, fallen into all sorts of inappropriate relationships with my students? Does Facebook friending have the potential to be a really ugly thing in student-teacher relationships?

Jeanne Robertson humorist speaker Official Site Book for business meetings, conventions, keynote speeches. Toastmasters Golden Gavel award winner for funny stuff. Online humor store books, videos, audio tapes. How the Finnish school system outshines U.S. education | Social and Behavioral Science Research The Finnish school system might sound like a restless American schoolchild's daydream: school hours cut in half, little homework, no standardized tests, 50-minute recess and free lunch. But the Finns' unconventional approach to education has vaulted Finland to the upper echelon of countries in overall academic performance, according to the Organisation for Economic Co-operation and Development. Finnish students have ranked at or near the top of the Program for International Student Assessment ever since testing started in 2000. In the most recent assessment in 2009, they ranked sixth in math, second in science and third in reading. By comparison, U.S. students ranked 30th, 23rd and 17th, respectively, of the 65 tested countries/economies. But Finland's system hasn't always been successful. "Finland had been traditionally thought of as the lowest achieving country in Scandinavia, and one of the lower achieving ones in Europe for a very long time. From worst to first Source: Stanford.Edu

Listening: A Tour of London Tower Bridge, London (Copyright: Getty) When you visit a city for the first time, a good way to explore it is to go on an organised sightseeing tour. The tour will give you an overview of what there is to see and also provide you with some historical background. A popular way of seeing London is to go in one of the red double deck buses. This tour will take you around London by bus. Listen to the guide, and then do the activity below. Activity Check how well you know London. a Madame Tussaud’s is a famous wax museum. b Bond Street is where the detective, Sherlock Holmes, once lived. c Marble Arch is a gate which was built in 1827. d Hyde Park used to be the royal hunting grounds. e Buckingham Palace is the London home of the Queen. f Piccadilly Circus is the largest circus in the world. g Fleet Street once housed the national newspapers. h St Paul’s Cathedral is a small but beautiful church. i The Tower of London is more than 900 years old. j The Globe is the world’s oldest restaurant.

WeAreTeachers — 12 Things You Should Never, Ever Say to Teachers Telling Your Story