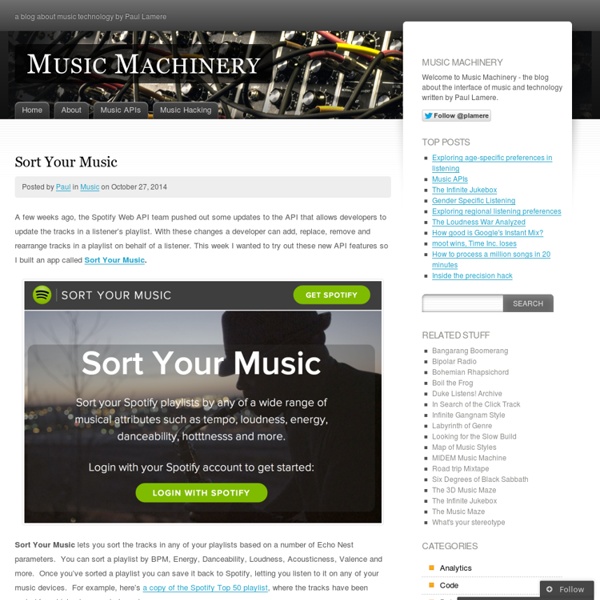 Le Blog de PV Nova Music Education Blog - Music Educators, Music Teachers and Music Technology Subela Radio Chile - Radio Online, Programas, Noticias, Recitales, Tocatas, Tendencias, Música, Cultura 5 Ways to Promote Your DJ Mix on SoundCloud SoundCloud has been a game changer, not least for the number of CDs that haven\’t been burned & binned since it came along. Just last week our making a mixtape series got loads of feedback proving how popular mixtapes are with DJs wanting to promote themselves. Of course, they’re not mixtapes or even CDs a lot of the time nowadays, and it was obvious from your comments that your favourite place for posting digital mixes is SoundCloud. But after spending so much time getting your mix just-so, the last thing you want is to post it online for it to sit there, unlistened to and unloved, for eternity. What is SoundCloud? So assuming you’re up for some SoundCloud mixtape promotion: how do you get it right? 1. SoundCloud is not just a place to post your mix and let people listen to and download it. Just as you have to be a loyal user to get the most out of Twitter, MySpace or Facebook, you really owe it to yourself to get involved on SoundCloud before you upload a mix and expect something back.

MusicTech - Tutorials and reviews for producers, engineers & recording musicians | MusicTech Music Technology Project stereomood – emotional internet radio - music for my mood and activities Using Audacity/Moving tracks From WikiEducator When creating a podcast that has uses multiple audio clips you will often be trying to get one clip to start after another one has finished. All separate tracks in Audacity sit on a timeline and can be shifted left or right along this timeline. Use the Timeshift tool to move tracks along the timeline. An example of a podcast project in Audacity with multiple tracks open. Track control panel In the image above you can see that a podcast may involve many tracks being worked at at the same time.