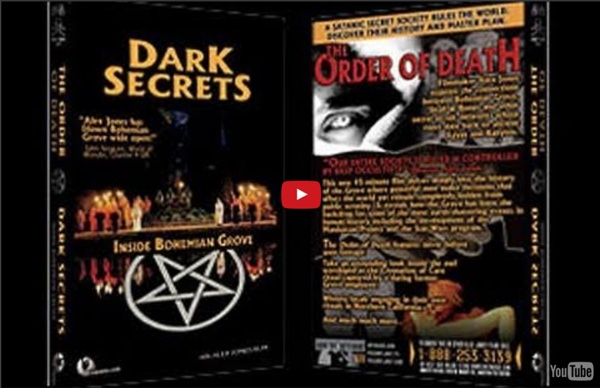 How Bilderberg Will Use Technology to Rule by 2050 Aaron DykesActivist Post Are you ready, or do you have any idea what the future has in store? Bilderberg 2014 focused on technology – with mass surveillance and Big Data putting an “end to privacy” and initiating dominance from an “Internet of Things” where we live in public, and under the thumb of digital control. Watch this special video report: The End of Privacy, the Era of Big Data and the Rise of the Internet of Things (IoT) are all milestones in an ongoing plan for social control – taking shape and updating annually at the elitist Bilderberg conferences. 2014 only amplified that trajectory… The lure of the infinite possibilities of the Internet, the convenience of “smart” gadgets, endless entertainment and various environmental pretexts are letting “them” take control of a world where they monitor your lives and steer it via digital authorizations and a digital global currency. Aaron Dykes is a co-founder of TruthstreamMedia.com, where this first appeared.

Brotherhood of Saturn Saturnalian Brotherhood – The Real 13 Zoroastrian Bloodlines of the Illuminati House of Borja House of Breakspeare House of Somaglia House of Orsini House of Conti House of Chigi House of Colonna House of Farnese House of Medici House of Gaetani House of Pamphili House of Este House of Aldobrandini These Egyptian Ptolemaic Dynasty Rulers are in Full Control of the Company of Jesus, High Grey Council of Ten, and the Black Pope This is some good info on the Black Pope: The ‘Black Pope’, Superior Jesuit General (The President of the World), speaks at Loyola ‘Military Fortress’ University in his un-ratified 14th Amendment ‘Little Rome’ D.C United States Corporation. A corporation under International Maritime Admiralty Law (Uniform Commerical Code) based upon Vatican Canon Law and perfected by the Roman Empire. He lies about his power, he’s over the Pope as of 1814. Adolfo is not of Papal Bloodline, some Black Pope’s have been. This is the true World’s power system right now.

List R-oA2014 | Round-op Alpha The following 714 individuals all actively and knowingly conspire in well-planned efforts and constructions to consolidate power and resources – with the intention to establish a world government which would provide them with full immunity from any form of prosecution regarding their past and future crimes – and are therefore, according to Round-op Alpha, collectively guilty of crimes against the sovereignty of their respective nations and against humanity as a whole, i.e.: High-level brigandage: Looting of public wealth; oppressing of populations; attacking the rights to good health, education, personal/national sovereignty and real security; the murdering in name of corporate profits; democide; psychological warfare; (eco-) terrorism – which deliberately jeopardizes any attempts for world peace and causes regional, cultural tensions, armed conflicts, forced poverty and the decay of the public’s health, the public order and society as a whole.

Ever Wondered Just Who Is The Committee of 300? It is said they are a tight-knit group of elitists who have been pulling the strings of our various governments and ruling all our lives up until recently. Ben Fulford pointed directly to them this week in his latest post. But have you ever wondered exactly who the members of the Committee of 300 are? As we know from all our sources – from SaLuSa to Matthew Ward, from David Wilcock to Ben Fulford and, more recently Drake and Cobra – mass arrests of the dark cabal are about to take place. Which means they won’t be around much longer in their current jobs and homes. So, just in case you didn’t know who they all are – like me - and just so we all know who they are when they are arrested for their crimes to humanity and this planet very soon, I followed the link in Ben’s post. Here’s what I found… This is a short excerpt from the site’s home page: Western Europe, excluding the German Empire, was united by the House of Guelph in 1815.

The New World Order – Part 1 The New World Order – Part 1 Never in human history has this wonderful planet and its inhabitants been subjected to such an evil satanic regime !! Never since its creation has an organisation create so much damage to its environment, government, people, finances and it industrial base and kept us all at war chasing non existent terrorists!! The Logo of the New World Order Some of its infrastructure You may be shocked to learn that much of the original British Empire is still under their total control In order to start this rather complex series of articles one has to turn back the clock and look at an act of treason that took place in England and as a direct result launched the foundation blocks of today’s New World Order. We are being taken down a road of “Political Spin” and “Weapons of Mass Deception” by those under the control of the New World Order (NWO) that exist in almost every political sector in every country. Two voyages in the 1490s lay the foundations for the future empires.

Illumination: the Secret Religion - The Waste Land Illuminati News: How to Fight the New World Order, by Wes Penre How to Fight the New World Order by Wes Penre, Jan 24, 2005 The main reason that I put this web site on the World Wide Web was to show you what the 'reality' we live in is really like, behind all lies, illusions, rumors and ignorance. To have this knowledge is the first step in fighting the New World Order [def]. But knowledge without wisdom is dangerous. I see examples of that all the time; good people who dug into this knowledge too deeply, and in their anger and despair did something they hadn't thought through well enough. The reality we live in is commonly called the "3rd dimension" or "3rd density", both terms used by me on this website interchangeably. We are around 6 billion souls with bodies on this planet, and most of us have no clue what is going on around us, only because we have let ignorance substitute knowledge. We create our own reality by free choice; it doesn't matter how many people tell me otherwise, it is very self evident. "Alpha Draco". So, what about religion?

Kevin Annett Exposes Dark Secrets of the Vatican and Its Churches Image credit: www.flickr.com/photos/tejvan/5705851139 Many people don’t realize that the Vatican and its affiliated churches are committing crimes against humanity by financing and supporting child trafficking, wars and genocide. The reason why you don’t hear about these dark secrets of the Vatican in the Western mainstream media is because most Western media outlets are owned and controlled by the New World Order (NWO). The NWO is a secret organization made of secret societies and controlling groups of people that have one thing in common; to establish a one world government to control and enslave the people of the world. For millennia, they have been working very hard from behind the scene to infiltrate government agencies and financial and religious institutions. Unfortunately, they have achieved many of their goals, which is why we are losing more of our freedom and liberty everyday. Did you know the Vatican is a corporation? Not all churches are corrupt

The Secret Maps of the Knights Templar and Holy Grail in America For more on this subject and others see my new book “Axis Mundi.” For secure book sales click here: Book also available on my blog Survivalcell.blogspot.com This video represents my theory regarding the Grail Myths of North America. Using the work of Louis Buff Parry and Scott Wolter a spatial analysis of the sites involved in the mystery revealed some startling facts and suggestions.