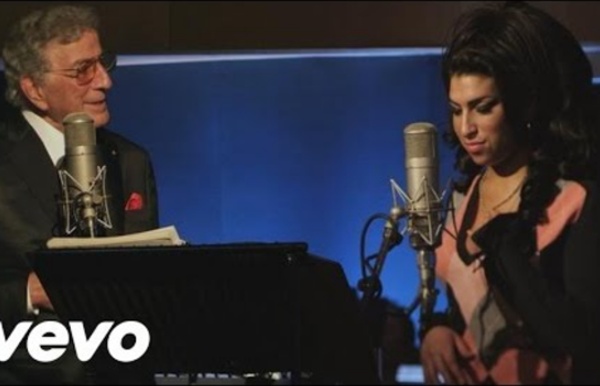 Listen to 14 Essential Tom Petty Songs ‘Rebels’ (1985) Mr. Petty famously broke his hand in a fit of pique during the recording of the Heartbreakers’ 1985 album “Southern Accents.” That’s a high price for the music that resulted, but it was mostly worth it. “Rebels,” the ballad that opens the album, is uncharacteristically explicit about his ties to the American South — at times the lyrics read like his version of the Band’s “The Night They Drove Old Dixie Down” — but, true to form, any pride that’s there is undercut by darker notes of doubt and shame. It’s an unusual song, worth listening to if only for a fuller understanding of where he felt he came from.

Duet released posthumously In honor of what would have been Amy Winehouse's 28 birthday, her last recording, a collaboration with American artist Tony Bennett, "Body and Soul," is being released Wednesday (14 Sept.). British singer Amy Winehouse's final recording before her death in July, a duet with veteran crooner Tony Bennett, was released on what would have been her 28th birthday on Wednesday. The track and the video were recorded on 23 March 2011 at Abbey Road Studios in London. The recording session was shot by Oscar-winning cinematographer Dion Beebe as part of a documentary on the American crooner. Document sans-titre Période du Jazz classique (de 1917 aux années 1940) Les racines : Dans la culture noire-américaine. Né au début du XXème siècle, le jazz s'inspire de 3 courants musicaux du XIXème : le Negro-spiritual et le Gospel le Blues le Ragtime

L'histoire du jazz racontée par Bruno (2) - Le blog de projet-jazz L'histoire du jazz racontée par Bruno (suite) Glenn Miller 1904-1944 In the mood (tromboniste) Symbole musical de la fin de la 2ème guerre mondiale Benny Goodman 1909-1986 Clarinettiste, roi du swing The Science Behind Why Freddie Mercury's Voice Was So Damned Compelling Scientists have studied the voice and vocals of one of the greats of pop music, Freddie Mercury of the band Queen. And the results? 1) He used subharmonics in a way that very few people can. Other than Tuvan Throat Singers, that is: (Also, listen for the subtle melody that accompanies the low-throated growl in this clip). That subharmonic vibration also helped give him his "growl," which he used quite frequently.

Singer Amy Winehouse, 27, reported dead of overdose British singer Amy Winehouse was found dead today at age 27, of an apparent drug overdose. Reuters: Police said they had found the body of a 27-year-old woman at a flat in Camden Square, north London, after being called by ambulance services around 1500 GMT (11 a.m.

New scientific study confirms the obvious: Freddie Mercury had an unparalleled singing voice Regardless of what they might think personally about Queen, most rock critics and music fans alike recognize the immense vocal talent that was the great Freddie Mercury. Still, in case there was ever any doubt, new analysis of both Mercury’s singing and speaking voices has shed fresh light on just how special his pipes really were. A group of Austrian, Czech, and Swedish researchers conducted the research, the results of which were published on Friday in Logopedics Phoniatrics Vocology (via AlphaGalileo). While they couldn’t confirm the long-held belief that Mercury’s range spanned four full octaves, they did discover some interesting tidbits about the expanse of his voice.

Singer Amy Winehouse Dead At 27 Singer Amy Winehouse has died at the age of 27. She was found dead at her flat in North London on Saturday afternoon. Two ambulance crews arrived at the scene and found Winehouse unconscious shortly after 4PM, but were unable to revive her. The death is being treated as 'unexplained' by police who in a statement said: "On arrival officers found the body of a 27-year-old female who was pronounced dead at the scene. Carnegie Hall presents Honor! A Celebration of the African American Cultural Legacy - A History Press Partners Supporters Jessye Norman

Amy Winehouse found dead, aged 27 24 July 2011Last updated at 14:13 The BBC's David Sillito: "Her private life was something of a mess." Tributes have been paid to singer Amy Winehouse, 27, has been found dead at her north London home. The record's producer Mark Ronson said: "She was my musical soulmate and like a sister to me. This is one of the saddest days of my life." BBC Radio 1 DJ Fearne Cotton wrote: "Can not believe the news.