What is a Higgs Boson? 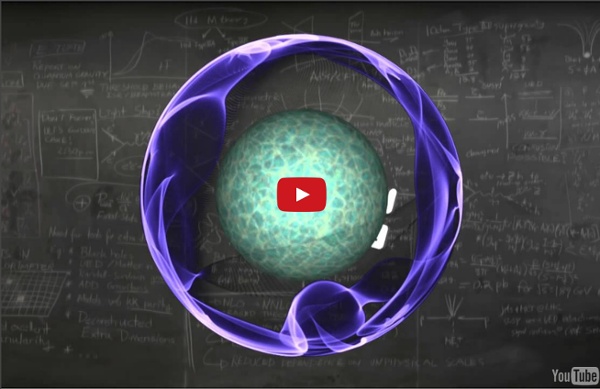 Low Back Pain Exercises Exercises that stretch and strengthen the muscles of your abdomen and spine can help prevent back problems. Strong back and abdominal muscles help you keep good posture, with your spine in its correct position. If your muscles are tight, take a warm shower or bath before doing the exercises. What Is The Singularity And Will You Live To See It? 1. I'm generally skeptical of the singularity and of post-scarcity economics in general. 2. What Is the Higgs? - Interactive Graphic Imagine never having seen a snowflake. Now prove one exists by probing the slush and mist of melting snow. You can’t see a Higgs boson, and no sensor can pick one out from the Higgs field that it forms.

Quantum Physics Revealed As Non-Mysterious This is one of several shortened indices into the Quantum Physics Sequence. Hello! You may have been directed to this page because you said something along the lines of "Quantum physics shows that reality doesn't exist apart from our observation of it," or "Science has disproved the idea of an objective reality," or even just "Quantum physics is one of the great mysteries of modern science; no one understands how it works." There was a time, roughly the first half-century after quantum physics was invented, when this was more or less true. Certainly, when quantum physics was just being discovered, scientists were very confused indeed! But time passed, and science moved on.

Yoga may work better for lower back pain than conventional treatments | Science Doing yoga is a more effective way for people with lower back pain to become more mobile than the treatments currently offered by GPs, according to new research. The study found that back pain sufferers recorded greater improvements in everyday physical tasks such as walking, bending down and getting dressed if they did weekly yoga sessions. Participants who had practised yoga reported enhanced function compared with those receiving standard care, even nine months after the yoga classes had finished. Previous, smaller studies have suggested yoga could be beneficial to back pain sufferers. However, these have often involved just one teacher and have not included long-term follow-up. Back pain is estimated to affect 80% of adults at some point in their lives, and one in five people visits their GP in any given year because of it.

Mysteriously dark Mars regions are made of glass - space - 15 April 2012 THEY look dark, but mysterious expanses on Mars are mainly made of glass forged in past volcanoes. The dark regions make up more than 10 million square kilometres of the Martian northern lowlands, but their composition wasn’t clear. Past spectral measurements indicated that they are unlike dark regions found elsewhere on the Red Planet, which consist mainly of basalt. Briony Horgan and Jim Bell of Arizona State University in Tempe analysed near-infrared spectra of the regions, gathered by the Mars Express orbiter. They found absorption bands characteristic of the iron in volcanic glass, a shiny substance similar to obsidian that forms when magma cools too fast for its minerals to crystallise (Geology, DOI: 10.1130/G32755.1). The glass likely takes the form of sand-sized grains, as it does in glass-rich fields in Iceland.

The Astounding Link Between the P≠NP Problem and the Quantum Nature of Universe — The Physics arXiv Blog The paradox of Schrodinger’s cat is a thought experiment dreamed up to explore one of the great mysteries of quantum mechanics—why we don’t see its strange and puzzling behaviour in the macroscopic world. The paradox is simple to state. It involves a cat, a flask of poison and a source of radiation; all contained within a sealed box. If a monitor in the box detects radioactivity, the flask is shattered, releasing the poison and killing the cat. The paradox comes about because the radioactive decay is a quantum process and so in a superposition of states until observed. The radioactive atom is both decayed and undecayed at the same time. Planck constant Plaque at the Humboldt University of Berlin: "Max Planck, discoverer of the elementary quantum of action h, taught in this building from 1889 to 1928." In 1905 the value (E), the energy of a charged atomic oscillator, was theoretically associated with the energy of the electromagnetic wave itself, representing the minimum amount of energy required to form an electromagnetic field (a "quantum"). Further investigation of quanta revealed behaviour associated with an independent unit ("particle") as opposed to an electromagnetic wave and was eventually given the term photon. The Planck relation now describes the energy of each photon in terms of the photon's frequency. This energy is extremely small in terms of ordinary experience.