The rise and fall of the Berlin Wall - Konrad H. Jarausch 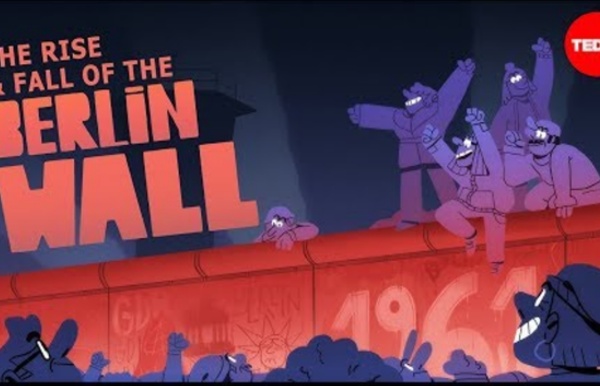 The Schuman Declaration – 9 May 1950 The Schuman Declaration was presented by French foreign minister Robert Schuman on 9 May 1950. It proposed the creation of a European Coal and Steel Community, whose members would pool coal and steel production. The ECSC (founding members: France, West Germany, Italy, the Netherlands, Belgium and Luxembourg) was the first of a series of supranational European institutions that would ultimately become today's "European Union". Historical context

WWII Battles and the Ultimate End - Mrs. Donna Roman APUSH 2018-- WWII battlesAPUSH 2018-- WWII battlesA cause and effect timeline of both the European and Pacific Theatre using my directions. Cause and Effect Timeline for each theatre-- -Using your Google Folder of class-created notes and referencing the simple timelines above, create FOUR cause and effect chart/visual/infographic for the European and Pacific Theatres (2 for each). Consider including wartime conferences where appropriate. Also consider major cause and effect among your events! Berlin Wall anniversary: Fall of the wall 30 years on - CBBC Newsround Getty Images This photograph - taken on 12 November 1989 - shows a young boy chipping away at a section of the Berlin Wall, as the people in Berlin destroyed the wall that had divided their city for almost 30 years On 9 November 2019, the world is remembering 30 years since an important moment in history - the day when the Berlin Wall came down in 1989. The Berlin Wall was built in 1961, at a time when Europe was divided in two.

Berlin Wall - History, Dates & The Fall On August 13, 1961, the Communist government of the German Democratic Republic (GDR, or East Germany) began to build a barbed wire and concrete “Antifascistischer Schutzwall,” or “antifascist bulwark,” between East and West Berlin. The official purpose of this Berlin Wall was to keep Western “fascists” from entering East Germany and undermining the socialist state, but it primarily served the objective of stemming mass defections from East to West. The Berlin Wall stood until November 9, 1989, when the head of the East German Communist Party announced that citizens of the GDR could cross the border whenever they pleased. That night, ecstatic crowds swarmed the wall. Some crossed freely into West Berlin, while others brought hammers and picks and began to chip away at the wall itself.

Fall of Berlin Wall: How 1989 reshaped the modern world Image copyright Getty Images World events often move fast, but it is hard to match the pace and power of change in 1989. It culminated in one of the most famous scenes in recent history - the fall of the Berlin Wall. Whatever happened to the Berlin Wall? Why was the Berlin Wall erected? The Berlin Wall was built in 1961 to stop an exodus from the eastern, communist part of divided Germany to the more prosperous west. Between 1949 and 1961 more than 2.6 million East Germans, out of a total population of 17 million, had escaped. Many were skilled professionals and their loss was increasingly felt in the German Democratic Republic, or GDR, as it was called. With the country on the edge of economic and social collapse, the East German government therefore made the decision to close the entire border, and erected the wall overnight, on 13 August 1961.