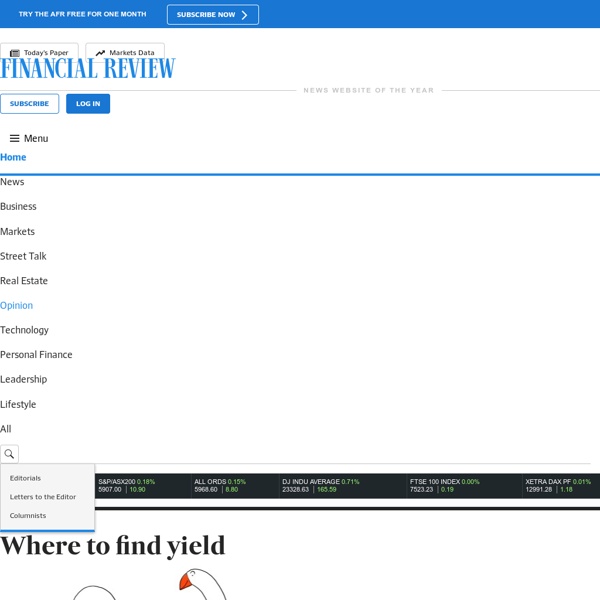 Google Meets Miss Manners, Encourages Searchers To Thank Those Who +1'd Content DEAR MISS GOOGLE: When I searched for something using your service, I found a friend had +1′d one of the of listings. What should one do in this case? GENTLE SEARCHER: It’s always polite in these situations to thank your kind friend. In fact, I’ve added a new “Thank” feature allowing you to do exactly this, though Google+. Yes, a new Google+ feature has been spotted in the wild that further blends organic results with social information. When logged in as a Google+ user, various editors here could see this functionality appearing sporadically on a range of search terms. If a searcher did choose to thank someone for the +1, they were prompted to thank directly on Google+. This limited visibility post is shown directly on the wall of the user who is doing the thanking. Bas van den Beld performed a search related to the specific thank you post and found that some users were downright purplexed about the new communication: Image credits: State of Search, CharlieSaidThat

Asia Edition - Wall Street Journal Technology - Alexis Madrigal - Sorry, Young Man, You're Not the Most Important Demographic in Tech Despite companies' hamfisted, male-focused marketing efforts, women are the dominant users of a wide variety of new technologies. A young man contemplating his decreasing significance on the world stage (Shutterstock/Tracy Whiteside). If you're a man between the ages of 18 and 35, you used to be tech industry's most coveted prize. You were the one who decided what products failed and what products succeeded. That's why companies like Asus tweet ridiculous, sexist stuff. That's one reason why less than 10 percent of venture capital-backed companies have female founders and there is a massive gender gap in tech. I hate to tell you/us, but we're not as important as we thought. It turns out women are our new lead adopters. Sit with this for a minute. Internet usageMobile phone voice usageMobile phone location-based servicesText messagingSkypeEvery social networking site aside from LinkedInAll Internet-enabled devices E-readersHealth-care devicesGPS How can an industry get its market so wrong?

Boost for BlueGen as power home generator wins concession Innovative solutions . . . Andrew Neilson, right,and managing director Brendan Dow of Ceramic Fuel Cells Photo: Paul Jones Christopher Jay ACSIRO-originated, Melbourne-based producer of micro fuel cell power generation units, which generate electricity from natural gas, will be a big winner from a landmark decision by the Victorian government to extend small-scale electricity feed-in tariffs beyond the traditional solar and wind turbine power techniques. Victorian clients of Ceramic Fuel Cells Ltd, which sells dishwasher-sized 1.5-kilowatt units under the trade name BlueGen, will from January 1 be eligible for a net feed-in tariff of 8¢ per kilowatt hour for surplus power delivered to the electricity grid. Like other state governments, the Victorian administration has cut back heavily on the lavish 60¢ a kilowatt hour feed-in tariffs offered to home owners in the first flush of enthusiasm for solar panels, or small wind turbine generation units.

Revisiting the 1987 Crash Rob Fraim is a reader who puts out his own amusing comments each week via email. On the 22th anniversary of the 1987 stock market crash, he put out his recollections from that day, and we are republishing them today, the 20th anniversary of Black Monday. I found them so interesting that I suggested Rob (who is blogless) post them here. He gladly agreed. Without further adieu, here is Rob’s version of 1987 Crash Revisited: Yes, I was, and yes I do. I was having dinner last week with a friend who runs a hedge fund (another graybeard, although he looks younger than me) and we ended up talking about 1987. So I thought I would take a moment to reflect on my own Crash Experience – and perhaps some of you will share your October 19, 1987 story (provided you’re not a whippersnapper who would be relating what was on freakin’ Sesame Street that day! “What I Did During the War (or What Felt Like One Anyway)” or…“Dr. I was 29 years old, 4 years in the business, with two young children. “Don’t know.”

Building Social Bridges Accounting changes add up to turf war PEAK accounting body CPA Australia wants to increase pathways into the profession and the universities are not happy. But while this looks like an arcane argument over accreditation, it involves broader questions of how national qualifications are assessed in a global education market and whether people will always pay for an expensive education when lower-cost options are on offer. At the heart of the dispute between CPA and the Accounting and Finance Association, representing trans-Tasman academics, is the professional body's plan to offer its own study material and exams designed to assess an individual's technical knowledge, gained on the job or through study. "These exams are not education units, they are an alternative means of assessing prior knowledge and determining which of the eight core areas candidates need to study," Mr Wappett said. But the idea of an accountant without a degree in the discipline is anathema to the academics. But Mr Wappett was having none of it.

Our technology future - Future Tense - ABC Radio National Antony Funnell: And wherever you are in the world, this is Future Tense, I'm Antony Funnell, you're you, welcome to the show. Only three guests on the program today, but a banquet of ideas and lots to get your head around. Usman Haque is back to talk about Cosm, a website that aims to get people and their devices exchanging data and ideas in the one space. Don't worry, I'll explain more shortly. Professor Dan Sarewitz is also with us to ponder what it means to be human in a world where humans themselves are increasingly technologically modified. And Intel's Genevieve Bell: middle aged women, she says, are at the forefront of digital change, not the young. Our website is abc.net.au/radionational/programs/futuretense, and on Twitter we're RNFuturetense, all one word. Several weeks ago we ran a program on young people and technology with the message that often the hard facts of that relationship don't match the marketing hype or the spin from the technology companies.

Suncorp Hybrid raising The man behind Mad Men Mad Men creator Matthew Weiner is the slightest bit touchy about his reputation as a control freak. Personal data held by ACCC leaked Australia’s competition regulator has been hit with an embarrassing security lapse after its confidential email subscriber list was leaked online. How Millennial are you? Take Pew Research’s quiz to determine on a scale of 0 to 100 your generation and whether you’re more Millennial than you think.

Art Cashin On The 25th Anniversary Of 'Black Monday' From Art Cashin of UBS Securities On this day (+1) in 1987 (that's 25 years ago, if you are burdened with a graduate degree), the NYSE had one of its most dramatic trading days in its 220 year history. It suffered its largest single day percentage loss (22%) and its largest one day point loss up until that day (508 points). While it was an unforgettable single day, there were months of events that went intoits making. The first two-thirds of 1987 were nothing other than spectacular on Wall Street. Fear seemed to disappear. One thing that also helped banish fear was a new process called "portfolio insurance". The rally topped out about August 25th with the Dow hitting 2722. Treasury Secretary Baker began a rather open debate with the Germans on the relationship of the dollar and the Dmark. On Wednesday, October 14th, there were widely discussed rumors of a new punitive tax on takeover profits. Friday, the 16th was an option expiration day.

Inside Gatorade’s Social Media Command Center In the realm of marketing, Gatorade is probably best known for splashy commercials featuring some of the world’s most famous athletes. However, a new effort behind the scenes of the PepsiCo-owned sports drink maker is putting social media quite literally at the center of the way Gatorade approaches marketing. The company recently created the Gatorade Mission Control Center inside of its Chicago headquarters, a room that sits in the middle of the marketing department and could best be thought of as a war room for monitoring the brand in real-time across social media. Mission Control The room features six big monitors with five seats for Gatorade’s marketing team to track a number of data visualizations and dashboards –- also available on to employees on their desktops — that the company has custom built with partners including Radian6 and IBM. This monitor measures blog conversations across a variety of topics and shows how hot those conversations are across the blogosphere. The Future

10 signs the writing’s on the wall Dominic White From Enron to Hastie Group, equity investors always rank lowest among creditors trying to recoup money from companies that collapse. Shareholders are often left with nothing except embarrassment, impotent rage and the burning question: “How did I misread the signs?” 1. Debt, and a company’s inability to pay interest on it, is at the root of every business failure. 2. Beware of rats leaving a ship: they know it’s sinking before you do. 3. “When I walk into a business and there are brand new company cars, the best computer systems and high-end furnishings, I always start to worry,” says one insolvency expert, who asks not to be named. 4. It’s been the hubristic downfall of many a CEO. 5. From the South Sea Bubble to the dotcom bust to the GFC, legions of investors have come unstuck chasing investments without a clue what the company or financial instrument did. 6. 7. Like most things, profit warnings tend to come in threes. 8. 9. 10.