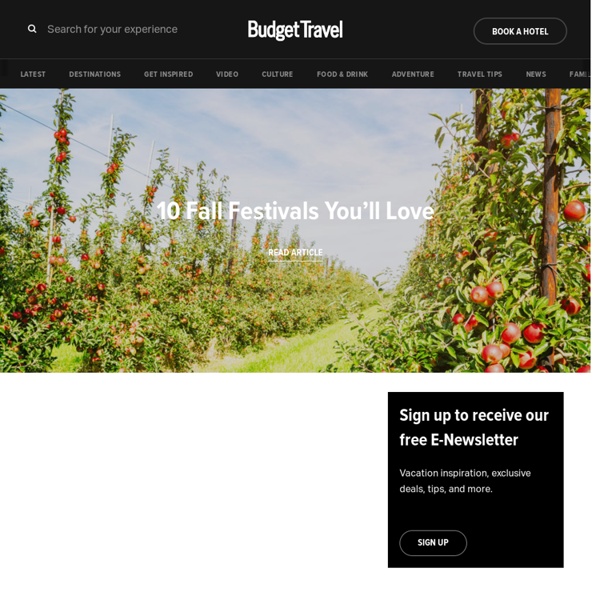 The World Factbook People from nearly every country share information with CIA, and new individuals contact us daily. If you have information you think might interest CIA due to our foreign intelligence collection mission, there are many ways to reach us. If you know of an imminent threat to a location inside the U.S., immediately contact your local law enforcement or FBI Field Office. For threats outside the U.S., contact CIA or go to a U.S. 10 Best Places to Live for Escaping World Conflict Where would you be the safest if World War 3 broke out tomorrow? Perhaps it’s a grim subject, but safety and distance from world conflict can be a motivating factor in your choice to expatriate. At the very least, conflict around the world can weigh heavy on the soul, and it’s nice to know there are some places still left in the world where you might be left in peace. Thus, we’ve assembled a list of the 10 best places to live if you want to escape world conflict. 10.

10 craziest hotels in the world. Hôtel de Glace, Canada – an ice hotel opened only during winter Made entirely of ice and snow, this unique one-story structure has been rebuilt each year since 2000. The 9th season of the Ice Hotel lasted from January 4th through March 29th 2009. The Ice Hotel has become an unparalleled and world-famous winter experience. It takes 5 weeks, 500 tons of ice, and 15,000 tons of snow to craft the Ice Hotel with its ceilings as high as 18 feet, walls covered with original artwork and furniture carved from ice blocks. Worlds Best Street Parties/Carnivals New Orleans Mardi Gras. Spend Mardi Gras in the city that spawned jazz and party to one of the world's best festival soundtracks. Photo: Reuters

25 Wonderful Places To Visit In Your Lifetime If you like this story feel free to share... Grand Canyon: One of the beautiful places of the world, Grand Canyon is the steep-sided gorge carved by the Colorado River in Arizona State of United States. Airplane Travel Tips - 100 Words or Less - Gadling Don't take sleep aids until you're in the air - Airplane tip by Melanie Linn Gutowski (RSS feed) on Aug 9th, 2010 at 11:16AM Though it may seem appealing to sleep through those long waits on the tarmac, avoid the temptation to take a sleep aid until you're up in the air. You may miss important announcements, or, worse yet, you may be asked to disembark and wait for a later plane. If you plan to take a sleep aid, be sure to take a seat where you are less likely to block in other passengers, like a window seat or a middle seat. Your fellow passengers don't want to climb over your dead weight in the middle of the night.

Still Looking For Paradise? Maldives - justpaste.it Double chain of twenty-six atolls… The Republic of Maldives, or simply the Maldives, is an island nation in the Indian Ocean. It consists of approximately 1,190 coral islands grouped in a double chain of 26 atolls, along the north-south direction, spread over roughly 90,000 square kilometers, making this one of the most disparate countries in the world. The atolls are composed of live coral reefs and sand bars, situated atop a submarine ridge 960 kilometers long that rises abruptly from the depths of the Indian Ocean and runs from north to south.

The Top 5 Astronomical Events to Witness Before You Die In the age of internet, television, and Lady Gaga, it’s easy to ignore the dazzling displays the sky gives us every night. In ancient times, however, human civilizations based their entire calendar, and thus their way of life, upon what they saw in the cosmos. While humanity’s interest in astronomy has diminished over the centuries, the sky remains nonetheless spectacular. Few people have the time to go stargazing every night, but here are 5 celestial events so awe-inspiring, everyone must see them in their lifetime. 5.