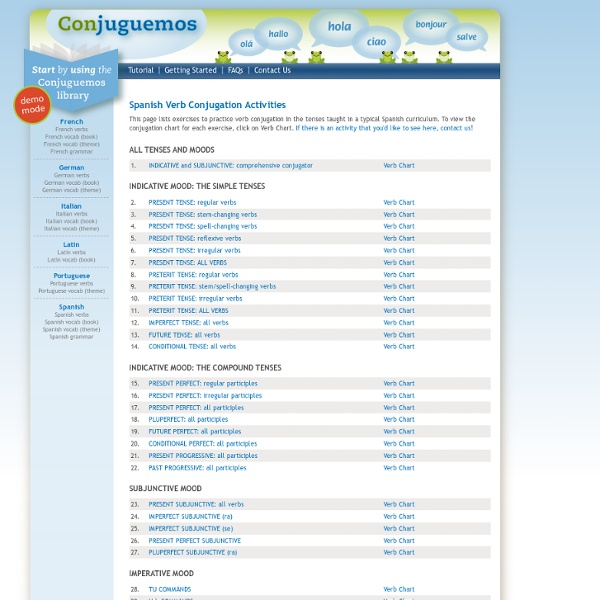 Spain: Spanish Language Welcome to our guide to Spain! This is useful for anyone researching Spanish culture, customs, manners, etiquette, values and wanting to understand the people better. You may be going to Spain on business, for a visit or even hosting Spanish colleagues or clients in your own country. Remember this is only a very basic level introduction and is not meant to stereotype all Spanish people you may meet! Facts and Statistics Location: Southwestern Europe, bordering the Bay of Biscay, Mediterranean Sea, North Atlantic Ocean, and Pyrenees Mountains, southwest of France Capital: Madrid Climate: temperate; clear, hot summers in interior, more moderate and cloudy along coast; cloudy, cold winters in interior, partly cloudy and cool along coast Population: 40,280,780 (July 2004 est.) Ethnic Make-up: composite of Mediterranean and Nordic types Religions: Roman Catholic 94%, other 6% Government: parliamentary monarchy The Spanish Language Why not learn some useful Spanish phrases? Spanish Society & Culture

Spanish Idiom Dictionary Spanish idioms are essential to understanding and communicating with native speakers. Because Spanish is spoken in so many different countries, extra care is required when learning idioms. Make sure to pay attention to who is saying what under what circumstances before you attempt to use anything but the most common expression. a (la) merced de at the mercy of (n.b.: the “la” is often omitted) a altas horas de la madrugada in the small hours of the morning a cargo de in charge of; responsible for; by a causa de because of; as a result of (lit.: at the cause of) a chorros in abundance; plenty; lots a contrapelo wrong way; backwards; backassed a corto plazo in the short run; short-term; in the short term (lit.: at short place) a deshora at an inconvenient time a diario daily; every day a disgusto reluctantly a duras penas hardly; barely; with difficulty a eso de around, about (time) (lit.: a this of) a estas alturas at this point; in this situation a fin de cuentas in the end; after all

Spanish Pronouns A Pronoun in Spanish as well as in English is like a shortcut to refer to a noun, a word that stands for or represents a noun or noun phrase, a pronoun is identified only in the context of the sentence in which they are used. So you must have a prior idea about who "he or she" "él or ella" is. In English we find "me, her, what, that, his", In Spanish they're used pretty much the same way, the main difference is that in Spanish most pronouns have a gender, masculine or feminine and rarely neuter to unknown objects or ideas. Types of pronouns include personal pronouns (refer to the persons speaking, the persons spoken to, or the persons or things spoken about), indefinite pronouns, relative pronouns (connect parts of sentences) and reciprocal or reflexive pronouns (in which the object of a verb is being acted on by verb's subject). This table below shows examples of all pronouns categories in Spanish: Subject pronouns: Spanish Possessive Pronouns: Mine= el mío / la mía /los míos / las mías.

Shakespeare - Macbeth | LearnEnglish Teens | British Council Scotland is at war, and has just won a great battle. Macbeth, a general in the Scottish army, is the hero of the battle. On his way home afterwards, Macbeth and his friend meet three mysterious witches. Somehow, the witches already know Macbeth’s name. They tell him that he is going to be promoted, and that he will be given more money, land and power. Soon afterwards, Macbeth receives a message from Duncan, the king of Scotland. Macbeth’s wife, Lady Macbeth, soon hears about her husband’s success and the witches’ predictions. That night, while King Duncan is sleeping, Macbeth and Lady Macbeth make his guards drunk. But Macbeth is worried that his friends might become his enemies, and might want to kill him so that they can become king. Macbeth goes to see the witches again, who make more predictions. Lady Macbeth is tortured by the guilt of Duncan’s murder. Macbeth waits for the English army at his castle and is convinced the witches’ predictions mean he’s safe.

Spanish Idioms Webster's dictionary defines an idiom as: "1) the dialect of a people, region,etc., 2) the usual way in which words of a language are joined together to express thought; 3) a conventional phrase or expression having a meaning different from the literal; 4) a characteristic style." Webster's New World Dictionary,Compact School & Office Edition - The World Publishing Company, 1967 The use of idioms allows you to expand your fluency in a language. Where in English we might use the common phrase "Can't hold a candle to" when discussing a person's ability, such as in the sentence "As far as her ability to use idioms, no one can hold a candle to her. Return to Student's Page

Formal & Plural commands in Spanish The formal and commands are polite requests that you make of adults who are not close friends. This includes patients if you are a doctor (unless your patients are young children), clients for businessmen, even waiters since in most Hispanic countries you will not find a teenager bouncing over to your table with a "Hey! I'm Jim!" name-tag on. When in doubt, use the Ud. (usted) form unless you are invited to do otherwise. The Plural form represents commands or requests of more than one person. Let's make a Formal Command. We always start with the first person singular "Yo" form of the verb: hablo Now drop the "o" : habl- Now we attach the "opposite" vowel ending to our verb stem to form our command: ¡ Hable ! The Usted and Ustedes command forms are the Ud. and Uds. form of the Present Subjunctive. If the Yo form is irregular in the Present Tense, it will be irregular in the Formal & Plural command form. With verbs that end in "Y" in the Yo form as well as Saber are very irregular:

Select an English topic from the 54 topics available Each topic has 10 pictures (Beginner) or 20 pictures (Intermediate) with their accompanying written texts and spoken English recordings. There are 56 Beginner topics and 58 Intermediate topics to choose from. All the topics are free to use. They are suitable for adults, students and children starting to learn English as a second language. English Activities is a free online resource consisting of English lessons, English games and English tests to help both adults and kids studying ESL & EFL English. Key features of our EFL / ESL topics: 10 or 20 specially drawn pictures that clearly illustrate the concept being depictedEach picture has a standard text and recording that can be played as requiredThe language is beginner ESL EFL English and consists of words, simple phrases and short sentences in the first person present tense. English Activities should be used like this: English topics | English lessons | English gamesEnglish tests | English vocabulary

Fiestas & Festivals in Spain | Spanish-Living.com Spanish fiestas symbolise the very essence of Spain and the Spanish people. They're colourful, vibrant, usually extremely noisy, often chaotic and always great fun. The origins of many of the country's countless fiestas lie in religious feasts, often honouring a patron saint. It's the same in northern Europe where many public holidays were born out of religious 'holy days'. But northern Europe simply can't compete with Spain when it comes to turning a religious celebration into a riotous round-the-clock knees up. Every day throughout the year there are fiestas taking place somewhere in Spain, either at a local, regional or national level. These may revolve around the major religious festivals such as Christmas, Easter and All Saints (Halloween) or they may be highly localised events, with their origins in obscure local folklore. The nature of each fiesta depends on its origin. The hottest fiesta of them all!

How to Teach Commands to First Year Spanish Language Students written by: Heather Marie Kosur • edited by: Rebecca Scudder • updated: 3/2/2012 The following article describes a first year Spanish lesson plan for teaching basic commands in Spanish and includes examples to illustrate the Spanish imperative verb form. An optional refresher on the imperative mood in English is provided. Imperative Mood Lesson PlanThe following lesson plan can be used by Spanish teachers to introduce the imperative mood to English-speaking Spanish students. The first part introduces the imperative to students by explaining the use of the verb form in English.

Public speaking:  an exercise and illustration Know the room.Be familiar with the place in which you will speak. Arrive early, walk around the speaking area and practice using the microphone and any visual aids. Know the audience.Greet some of the audience as they arrive. Know your material.Practice your speech and revise it if necessary.If you're not familiar with your material or are uncomfortable with it, your nervousness will increase. Relax.Ease tension by doing exercises. Work from your personal brand (Try the exercise)Visualize yourself giving your speech. Realize that people want you to succeed. Don't apologize.If you mention your nervousness or apologize for any problems you think you have with your speech, you may be calling the audience's attention to something they hadn't noticed. Concentrate on the message -- not the medium. Turn nervousness into positive energy. Gain experience.Experience builds confidence, which is the key to effective speaking.A Toastmasters club can provide the experience you need. Assignment links

Great for verb conjugations... Very repetitive, but a nice drill tool for increased speed on some more difficult tenses/irregular verbs. by ldybug97 Oct 26