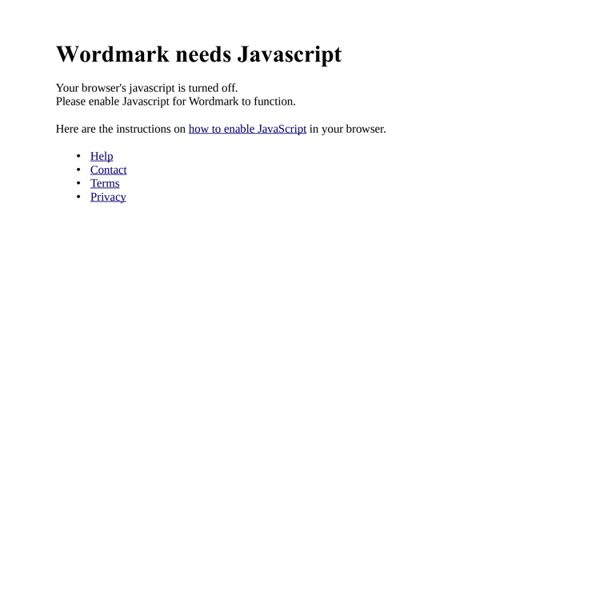 Free Online Image Optimizer · Kraken.io Image Optimization Mode Kraken.io offers several optimization modes The mode you select should depend on your specific requirements - such as the type of image that you are compressing, and the target audience of your images. Lossy Character map template for Silhouette Studio A while back, I posted Character Map templates for Inkscape and Adobe Illustrator. The purpose of these is to make it quick and easy to make a one page reference map of the main glyphs in a given font, especially dingbat fonts. Today I’m adding a Silhouette version to the lineup. You can download the .studio template here, download the .studio3 template here and instructions are in the margin of the file, but here’s a quick rundown. As with all my templates, I recommend you store them on your hard drive instead of your library and that you always work from a duplicate.

Typography Deconstructed Ampersand A stylized character of the Latin et used to represent the word and. Definition: The typographic symbol used to designate the word and (& ) is the Latin symbol for et which means and. The name, ampersand , is believed to be derived from the phrase “and per se and.” On a standard English layout... The Hat - Random Name Generator Current version: 3.0.9.0License: Freeware "I'm first!" "No I'm first!""No, I called it!" Using CSS3 @font-face to “fake” multiple font weights - Ilia Draznin CSS2 specifies additional font weights, beyond Normal and Bold. In particularly there are 9 font weights in total — 100, 200, 300, 400 (normal), 500, 600 (bold), 700, 800 and 900. Unfortunately browsers still somewhat lack support for this feature, but more importantly fonts lack support for this. Many fonts however, still come with only normal and bold weights. Moreover, based on a few tests, even professional fonts that come with multiple weights (such as thin, light, regular, bold, heavy, etc.) don’t actually support these weights in the same way as the CSS2 specification dictates, in other words they can’t be used out of the box like that.

localFont - Implement localStorage web font caching in seconds Don't minify CSS Put this code in a CSS file and specify its absolute path (should be accessible via domain.com/font.css). Beauty and the Beast Paper Lantern - Designs By Miss Mandee I’ve been hard at work designing a new die cut for my Disney Paper Lanterns Series, and I’m so excited to unveil it to you today! If you’re as big a Disney fan as I am, then you are probably well aware of a certain movie trailer that came out last week. So, if you’re anxiously awaiting the new, live-action remake of this classic Disney film, I have a feeling you’re going to love today’s freebie. Typography - 20 Free High Quality Script Fonts Hello all! Hope all is going well. This past weekend was my birthday, and we did a bit of over-celebrating! (Which is the main reason there was no post this weekend :) ) Now I’m back to bring yall some great, high-quality free Script fonts. As with all free fonts, its often hard to find really good ones.

Results on ReadWriteThink Home › Results from ReadWriteThink 1-8 of 8 Results from ReadWriteThink Sort by: Classroom Resources | Grades K – 12 | Student Interactive | Writing Poetry Acrostic Poems This online tool enables students to learn about and write acrostic poems. Elements of the writing process are also included. Semantics - Dive Into HTML5 You are here: Home ‣ Dive Into HTML5 ‣ Diving In his chapter will take an HTML page that has absolutely nothing wrong with it, and improve it. Parts of it will become shorter.   Google Developers As part of our transition of display ads to HTML5. the Swiffy Flash conversion tool is no longer available. We will continue to serve the Swiffy runtimes, so any files you have already converted will continue to play. Today more consumers are using the web in HTML5 compatible environments than Flash-compatible environments. In order to reach as large an audience as possible, we encourage everyone to transition to HTML5 authoring. Developers who currently create Flash SWF files have several ways to switch to HTML5 including Adobe Animate and Google Web Designer.

Flower Petal Envelope - Free Cut File Good Evening! I have another invitation envelope for you today, I’ve used the same floral design as the flower gate-fold envelope and of course the flower bunting but this time I’ve made it into a petal envelope. I love these cut out designs as they allow you to peek through to whatever is held within :) Your petal envelope will hold itself closed just by overlapping the flaps or petals but although it does hold closed it may have a slight curve outwards: A beautifully illustrated glossary of typographic terms you should know – Learn The world of typography often seems like it has its very own language, full of serifs, strokes, and swashes. Sorting out all those terms can be confusing in itself, so we’ve compiled a visual glossary that will guide you through the lingo — whether you’re an aspiring typeface designer or just a general typography enthusiast. Learning the building blocks of typography will help you better understand how to pick a suitable font and apply it effectively within your design projects.