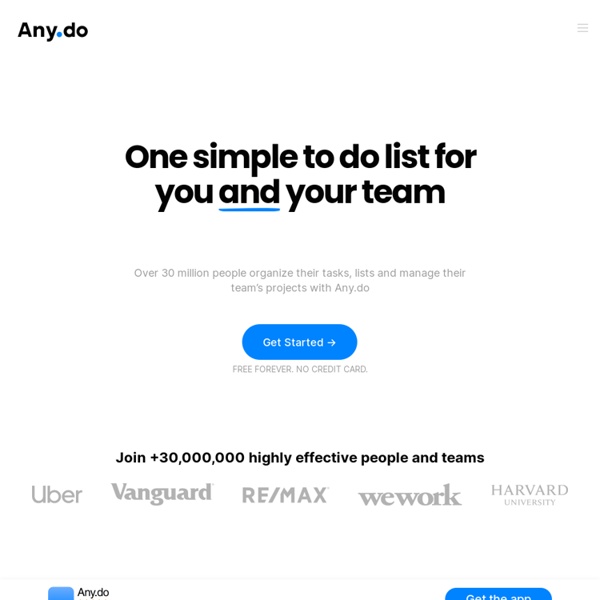 11 Innovative Startups to Remember from MWC 2015 Barcelona’s Mobile World Congress (MWC) is undoubtedly the place to connect with large telcos and hear about their latest gadgets, but it has also become more and more relevant for anyone interested in mobile startups. Most of the startup activity this year took place at twin event 4Years From Now (4YFN), which grew considerably since its first edition last year, both in terms of size and of number of visitors. According to its organizers, overall attendance tripled year-on-year, reaching 8,000 participants. The number of attending investors also quadrupled compared to 2014, with more ‘suits’ stopping by to see for themselves what the fuss was all about. 4YFN’s venue itself was much bigger than last year, albeit without becoming as overwhelming as MWC.

9 Proven, Tested Tips To Extend Your Android's Battery Life Getting more out of less — that seems to be the way of the world right now. There’s only so much of anything, and we want to make it last, right? Can we get more life out of our phones so we don’t have to charge them as often? Can we make them run longer so we don’t get stuck without them? The short answer is a resounding YES, but how much more we can get out of a phone battery is still up for discussion. Still, no matter how long your phone’s battery life lasts, there are ways that you can definitely make it last longer.

The Latest Updates to jQuery Mobile Not too long ago, the jQuery team released jQuery Mobile 1.2. This new release has some fantastic changes! In this article, we're going to review some of the new widgets available to developers, take a look at changes made to existing widgets, and glance over a few impactful enhancements that could affect your jQuery Mobile application. Let's get started, shall we? Firstly, we'll need to download the bits and bytes.

50 Awesome Apps for Teachers Encode a secret message on a World War II Enigma machine. Journey into outer space to explore the surface of the sun. Or see what your town looked like in the 1800s. No, these aren’t Ms. How To Download All Of Your Music From Google Play To Your Phone Google Play Music for Android allows you to save your music offline, but only by the album, song, or playlist. Maybe you’ve got a phone with 32GB of storage or a nice 64GB microSD card, and you want to keep all of your music locally to avoid streaming it over your data connection. Do you really want to go through song by song or album by album and download all your music? Of course not. HTML 5 Reference It is useful to make a distinction between the vocabulary of an HTML document—the elements and attributes, and their meanings—and the syntax in which it is written. HTML has a defined set of elements and attributes which can be used in a document; each designed for a specific purpose with their own meaning. Consider this set of elements to be analogous to the list of words in a dictionary. This includes elements for headings, paragraphs, lists, tables, links, form controls and many other features. This is the vocabulary of HTML.

13 of the best apps to kick off 2016 As 2016 quickly comes around, so do the New Year’s resolutions and plans for the year ahead. From realistic to outlandishly hopeful and everything in between, these apps should help make things a little easier. Organization 10 Important Google URLs That Every Google User Should Know Which websites and apps have background access to my Google account? What does Google know about me? Where can I see all the ads that I’ve clicked on Google search? What does Google know about the places I’ve visited recently? Kinect for Windows Blog BUILD—Microsoft’s annual developer conference—is the perfect showcase for inventive, innovative solutions created with the latest Microsoft technologies. As we mentioned in our previous blog, some of the technologists who have been part of the Kinect for Windows v2 developer preview program are here at BUILD, demonstrating their amazing apps. In this blog, we’ll take a closer look at how Kinect for Windows v2 has spawned creative leaps forward at two innovative companies: Freak’n Genius and Reflexion Health. Left: A student is choosing a Freak’n Genius character to animate in real time for a video presentation on nutrition. Right: Vera, by Reflexion Health can track a patient performing physical therapy exercises at home and give her immediate feedback on her execution while also transmitting the results to her therapist.

Google Guide Quick Reference: Google Advanced Operators (Cheat Sheet) The following table lists the search operators that work with each Google search service. Click on an operator to jump to its description — or, to read about all of the operators, simply scroll down and read all of this page. The following is an alphabetical list of the search operators. How to Search Google Like a Pro: 11 Tricks You Have to Know Google is a powerful tool, but you’re missing out on a lot of that power if you just type words into it. Master Google and find the best results faster with these search tricks. Whether you’re an inexperienced user or a seasoned professional, you’ll probably find at least one search operator you weren’t aware of here. Many of Google’s search operators aren’t very well-known. Exact Words and Phrases One of the most basic and widely known search tricks is using quotation marks to search for an exact phrase.

100+ Google Tricks That Will Save You Time in School – Eternal Code [via onlinecolleges.net] With classes, homework, and projects–not to mention your social life–time is truly at a premium for you, so why not latch onto the wide world that Google has to offer? From super-effective search tricks to Google hacks specifically for education to tricks and tips for using Gmail, Google Docs, and Google Calendar, these tricks will surely save you some precious time. Crystalline Technology For Concrete Waterproofing Concrete is one of the most commonly used building and construction materials. However, due to its composition, is often susceptible to damage and deterioration from water and chemical penetration. Concrete can be considered as a micro porous and permeable material. Porosity refers to the amount of voids left in concrete, is expressed as a percentage of the total volume of a material. Permeability expresses that how well the voids are connected.

m.newshunt Our minds love to believe in theories but unfortunately, increasing knowledge levels may keep shattering our old beliefs every now and then. Most of the time, it is science that opens our eyes to new worlds by shattering myths. Also Read: Facts About Accidental Orgasms Though deep scientific studies don't interest anyone of us, certain fun and shocking facts would surely do.