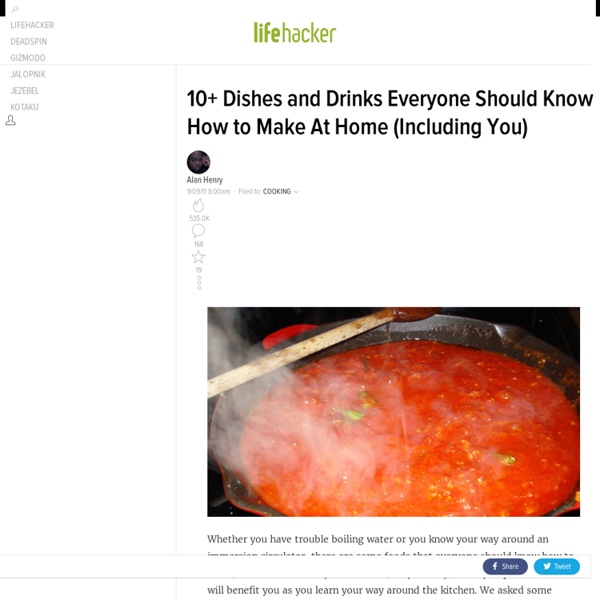 And if you're a vegetarian and don't drink, that narrows it down to like three. On a different note, I used to date a girl once who didn't know how to make hard-boiled eggs. Seriously. And no she was not 12. confused. If you're a vegetarian and don't drink, I count Roasted Garlic, Spaghetti Sauce, Basmati Rice, Tomato Sauce, Alfredo Sauce, Fried Eggs, Lentils, Mashed Potatoes, Beans, Guacamole, Romaine Salad (omit bacon.) Let's say you're vegan and not vegetarian. On a different note, that's unfortunate for her. What is this, chase jethro1138 around gawker and give him crap for exaggerating or doing whatever the opposite of exaggerating is that I just did? That said, I also hate rice so count that one out. On the different note, I have no idea if she's better but I somehow doubt it.

The Always Up-To-Date Guide to Rooting the Most Popular Android Phones We love Android, but rooting your phone can give you the opportunity to do so much more than your phone can do out of the box—whether it’s wireless tethering, speeding it up with overclocking, or customizing the look of your phone with themes. Here’s what you need to know about the rooting process, and where to find a guide for your phone. Update: This used to be our always up-to-date rooting guide, which proved to be too large an undertaking for us to keep up. It was a nice try, but seeing as we only have a few Android phones to test, we couldn’t reliably keep it up to date. So, we’ve removed the links to individual rooting instructions and kept this as a general resource for those of you that want to get into rooting (though many of the old comments still remain).

Secrets of Sleep By D. T. Max Cheryl Dinges is a 29-year-old Army sergeant from St. Louis. Her job is to train soldiers in hand-to-hand combat. "Animal Crossing: New Leaf" Frosted Sugar Cookies Hooray for Nintendo's "Animal Crossing: New Leaf"! Food is mentioned quite often in the game and plays a major roll in your character's daily activities. You can plant and harvest fruit trees and sell the produce, fish and dive for profit as well, buy fortune cookies with special tickets inside for prizes, buy coffee for yourself and deliver coffee to other town residents, and the townsfolk talk about food often enough.

What is the universal edibility test?" G­etting lost or stranded in the wilderness is serious business, and ­you need to make sound decisions to give yourself the best chance at survival. It also helps to know some basic wilderness survival skills. To make sure you're safe from the elements, you'll need to know how to build a shelter. Caramel Apple Cupcakes September is finally here and all I can think about are all of the apple recipes I want to dig into. I’ve already lit my fall candles to get in the mood since we kind of have to fake the seasons over here in Florida. These caramel apple cupcakes smelled divine baking in the oven! These are super simple using a doctored cake mix but taste just like fall. I should know because I ate five three just to make sure… Also, today my friend Micah from Micah Folsom Photography is having a photography giveaway.

The Mushroom/LSD Experience Explained & Explored Anyone that has tried a psychedelic drug know that it’s impossible to fully explain the experience to someone who hasn’t tried one. The entertainment industry completely misrepresents these experiences with dragons flying out of people’s faces and walls melting into nothing, which never occur even with strong doses. So, here is my best attempt at explaining the psychedelic experience. I’d like to start this off with an anecdote from Ram Dass, who was talking about working with a member of the anti-drug coalition on a book about LSD. Oh, Ladycakes: Single serving deep dish apple pie Introducing for Thom, with love - a new series documenting the small batch recipes I create for my favorite man , chock full of love. Over the course of the past half decade, I've witnessed Thom eat his fair share of baked goods - and in the process I discovered that sometimes all he needs is a single serving of chocolate chip cookies because the man has no self control when cookies are involved. And if you leave an entire batch at his disposal, he'll eat them all and ask you to make more. Then he'll eat those, too, and complain about his stomach aching and you'll decide it's time to start developing small batch recipes.

The Car Repairs You Can (Seriously) Do Yourself, Despite Your Abilities Replacing belts is not something you just swap, at least on newer cars. On only cars, like early 80s or older, it was feasible. With cars from that era there was often a lot of room within the engine bay. On anything from the 90s on the bay is so cramped that you're going to have to do a lot of dismantling to get at belts. And if you're looking at swapping the timing belt then on some cars you might even have to lift the engine. Something like the alternator has the potential for being nearly as bad, depending on where the automaker likes to stick it.

Culinary Arts College » 100 Famous Restaurant Recipes You Can Replicate at Home Eating out is becoming a more and more popular phenomenon. With fast food taking only minutes out of a day and costing a few dollars, it can be convenient. Likewise, fine dining is also on the rise and can put a considerably larger dent in your wallet. But unless you were a master chef with a keen sense of taste, these recipes were lost to you. Until the internet came along and provided those with the ability to reproduce recipes and post them for the world to see. Using GIMP to make .gif animated project illustrations While posting about my hexapod robot Pegleg, there came a point where illustrating the motion was very hard without showing an animation. Possibly you’ve run into this yourself while trying to illustrate a project. You could take a video which works well in some situations, but at times it would be better to show the difference between two (or more) photos or drawings.

Crushed Candy Cane Chocolate Cakes! Chocolate and candy. What more could one ask for this Christmas? Okay, maybe a lot ;) But everyone should indulge a little bit and these two-bite mini cakes are the perfect treat for your holiday soiree this year. Everything mini is just cuter, right? And I love it because I satisfy my sweet tooth without walking around with a plate during all the festivities. Ingredients: - chocolate cake mix + any ingredients it calls for - 1 cup crushed candy canes - 1 cup white chocolate chips - 1/4 cup heavy cream How to Take Your First Coding Project from Start to Finish I've used various versions of Windows for years, Linux in various flavours for another few years, and OS X for about 2-3 years total. I'm now a convert to OS X (though proudly not part of the cult of Mac — I enjoy the OS, I don't want Jobs' offspring) for general desktop use, switching to Windows for gaming. I find app quality is generally significantly higher on OS X than Windows (and certainly Linux). Do note the word "generally" — some of this stuff is cross-platform and in some cases Windows offers something better! The drawback of this is that most of it costs a couple of bucks, but that's a small price to pay if you're using your computer for various tasks daily.

Foodbuzz 24, 24, 24: Chinese Buffet at Home It is no secret that I have an obsession with Chinese cuisine. The place that started it all was a local Chinese buffet here in Michigan. After frequent visits to the buffet over the years, I finally decided to take a stab at cooking my own Chinese dishes at home. The majority of the dishes were delicious and I began cooking different Chinese meals every week, but I had always wanted more variety just like the buffet.