How the rich get richer – money in the world economy 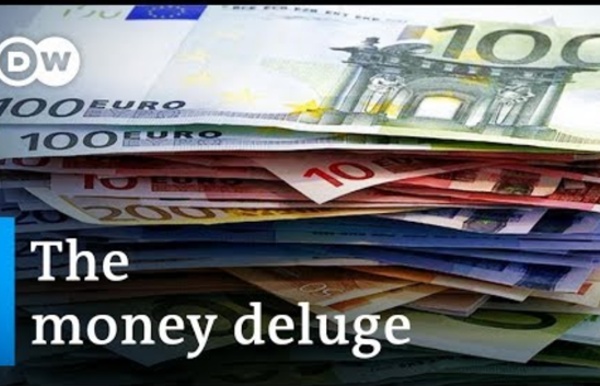 More acidic oceans 'will affect all sea life' Image copyright JAGO-TEAM/GEOMAR All sea life will be affected because carbon dioxide emissions from modern society are making the oceans more acidic, a major new report will say. The eight-year study from more than 250 scientists finds that infant sea creatures will be especially harmed. Dear Christine Blasey Ford: you are a welcome earthquake Dear Dr Christine Blasey Ford I am writing to thank you. No matter how harrowing your experience, no matter what the US Senate does in the weeks to come, you have achieved something profound in its power and impact, something that benefits all of us. For there are two arenas in which your words will reverberate – the Senate, and the immeasurably vast realm of public discourse and societal values. Even if your words, like Anita Hill’s, are discounted in the former, they will echo in the latter for a long time to come. You said at the outset of this ordeal: “I was … wondering whether I would just be jumping in front of a train that was headed to where it was headed anyway, and that I would just be personally annihilated.”

Brexit costing Britain £500m a week and rising, says report Brexit is already costing the public purse £500m a week, new research has found – a stark contrast to the £350m “dividend” promised by the Leave campaign. The Centre for European Reform’s analysis also suggests that the government’s austerity drive would be on the way to completion had Britain voted to stay in the European Union. It shows that the UK economy is already 2.5% smaller than it would have been had Remain won the referendum.

Played By The System: It’s Time For a New Paradigm People are waking up in droves, but the majority continue to be played by the system, unaware that almost every subject under the sun is rigged: In effect we are confined to living in a false or limiting paradigm. Against seemingly ‘insurmountable odds’, will there ever be a new paradigm experience? Having seen through the grand deception, will the awakened ever change the control system? Can we somehow go on to cultivate new theories and practices for a humane new paradigm experience, one that will create a world that truly makes a difference for everyone?

Did Money Evolve? You Might (Not) Be Surprised By Steve Roth You probably won’t be surprised to know that exchange, trade, reciprocity, tit for tat, and associated notions of “fairness” and “just deserts” have deep roots in humans’ evolutionary origins. We see expressions of these traits in capuchin monkeys and chimps (researchers created a “cash economy” where chimps were trained to exchange inedible tokens for food, then their trading behaviors were studied), in human children as young as two, in domestic dogs, and even in corvids — ravens and crows. But humans are unique in this as in many other things. We use a socially-constructed mechanism to effect and mediate that trade — a thing we call “money.”

Ditch the almond milk: why everything you know about sustainable eating is probably wrong In food and drink, we all want to do the right thing. We want to shop and eat sustainably. But, sometimes, it is easier said than done. Our willingness to jump on the latest eco-trends and unquestioningly accept reassuring labelling can lead to unintended consequences. If we are serious about eating green, we need to read beyond the headlines and think rigorously about how we apply ethical advice in our own lives. By way of inspiration, here are some of the ways we get it wrong on ingredients, storage and recycling – and a few surprisingly easy solutions.

The Plot to Subvert an Election: Unraveling the Russia Story So Far On an October afternoon before the 2016 election, a huge banner was unfurled from the Manhattan Bridge in New York City: Vladimir V. Putin against a Russian-flag background, and the unlikely word “Peacemaker” below. It was a daredevil happy birthday to the Russian president, who was turning 64. In November, shortly after Donald J. Trump eked out a victory that Moscow had worked to assist, an even bigger banner appeared, this time on the Arlington Memorial Bridge in Washington: the face of President Barack Obama and “Goodbye Murderer” in big red letters. Police never identified who had hung the banners, but there were clues.