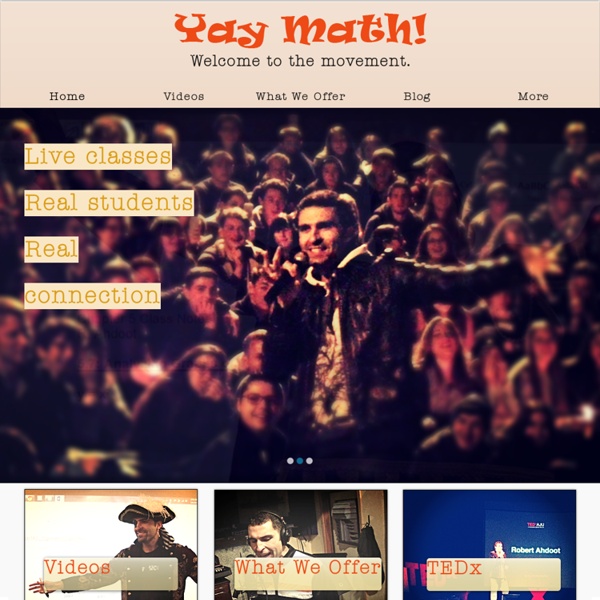 Free fraction videos online Enjoy free online math videos on these fraction topics: (Fraction videos, part 2, are on this page.) The videos are recorded in high-density (HD) and are viewable both here as well as at my Youtube channel. These videos are usable for students, teachers, and parents. You can use them... To learn these topics yourself (if you're a student for example, or an adult needing a refresher)As lesson plans for teaching these topics. The videos match the lessons in my book Math Mammoth Fractions 1 (Blue Series book), or the lessons in chapter 5 of Grade 5-B (Light Blue series). Mixed numbers to fractions and vice versa I explain both the visual models and the shortcuts for converting mixed numbers to fractions or fractions to mixed numbers. To convert a mixed number to a fraction, divide the whole "pies" into pieces (the same kind of pieces as what the fractional part indicates), then figure out how many pieces you have. Adding and Subtracting Like Fractions Equivalent fractions - split the pieces!

Lesson Plans at FREE --Federal Resources for Educational Excellence FREE Features These features originally appeared on the FREE.ED.gov features blog. The features highlight resources and ideas related to holidays, awareness months, anniversaries and seasonal topics. January February March April May June July August Back to School: 7 Ways to Help Kids Transition Back to the Classroom September October November December About FREE Federal Resources for Educational Excellence (FREE) offered a way to find digital teaching and learning resources created and maintained by the federal government and public and private organizations. FREE was conceived in 1997 by a federal working group in response to a memo from the President. Technology has made it increasingly easier to find information from government agencies or with custom search tools, like Kids.gov. FREE Disclaimer The U.S.

The Story of Mathematics - A History of Mathematical Thought from Ancient Times to the Modern Day Phi 1.618 ø PHI: The Golden Ratio or Golden Section (In Nature, Art, Science and Religion) The Golden Section is a unique Ratio (or relationship between parts) that seems to be preferred by Nature as the best geometry for growth, energy conservation, elegance and has some fundamental relationships to the platonic solids and the Mandelbrot set. It was formally discovered by the Greeks and incorporated into their art and architecture, but it has been shown to occur even in prehistoric art, possibly as a function of Man's natural affinity for it's beauty. The rectangle at left has a vertical edge length of 1 the horizontal or width of the rectangle is 1.618 If we make a line inside and form a square (far left) it creates another 'golden rectangle' (at right) this subdivision continues inward in a spiral fashion tracing the form of a perfect PHI spiral seen in galaxies, seashells .... Even your hand, arm, ear, teeth, etc are in PHI Proportions!