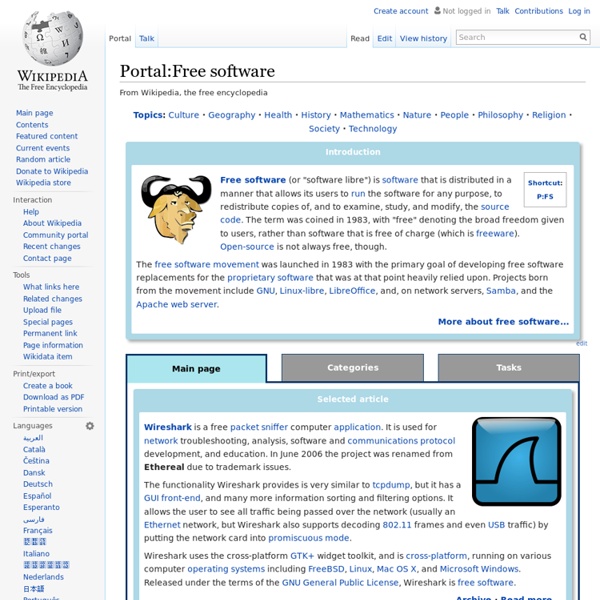 Free Software Social Dynamics Why are FreeSoftware developers not pooling their efforts? They should be collaborating! And furthermore, why are they not all working on the most important problem: Getting GNU/Linux on the desktop!? The open source community needs to push as few cars as possible in as orthogonal directions as possible. Sometimes it feels that these calls are actually reproaches that imply hackers are either too stupid to understand the need for usability, simplicity, slick design, or that hackers are too asocial, facetious, or arrogant to care about users. Here’s what we know about the social dynamics of free software development: When moms and dads ask their kids to explain why they are spending so much time at the computer, writing programs without getting paid, the answer is complex and requires anything from two minutes to half an hour. It’s difficult to communicate. Sometimes new companies are started by hackers. To increase their impact, geeks form organizations. Tags Discussion love the new image!

Kerberos From Wikipedia, the free encyclopedia Kerberos may refer to: Portal:Java Java Platform, Micro Edition Java ME was designed by Sun Microsystems, acquired by Oracle Corporation in 2010; the platform replaced a similar technology, PersonalJava. Originally developed under the Java Community Process as JSR 68, the different flavors of Java ME have evolved in separate JSRs. Sun provides a reference implementation of the specification, but has tended not to provide free binary implementations of its Java ME runtime environment for mobile devices, rather relying on third parties to provide their own. As of 22 December 2006, the Java ME source code is licensed under the GNU General Public License, and is released under the project name phoneME. As of 2008, all Java ME platforms are currently restricted to JRE 1.3 features and use that version of the class file format (internally known as version 47.0). Java ME devices implement a profile. Connected Limited Device Configuration Mobile Information Device Profile Information Module Profile Connected Device Configuration Notes

Wine (software) Wine is a free and open source software application that aims to allow applications designed for Microsoft Windows to run on Unix-like operating systems. Wine also provides a software library, known as Winelib, against which developers can compile Windows applications to help port them to Unix-like systems.[3] The name Wine initially was an acronym for windows emulator.[7] Its meaning later shifted to the recursive backronym, wine is not an emulator in order to differentiate the software from CPU emulators.[8] While the name sometimes appears in the forms WINE and wine, the project developers have agreed to standardize on the form Wine.[9] The phrase "wine is not an emulator" is a reference to the fact that no processor code execution emulation occurs when running a Windows application under Wine. "Emulation" usually refers to the execution of compiled code intended for one processor (such as x86) by interpreting/recompiling software running on a different processor (such as PowerPC).

Portal:Computer security The Computer security Portal The jdbgmgr.exe virus hoax involved an e-mail spam in 2002 that advised computer users to delete a file named jdbgmgr.exe because it was a computer virus. jdbgmgr.exe, which had a little teddy bear-like icon (The Microsoft Bear), was actually a valid Microsoft Windows file, the Debugger Registrar for Java (also known as Java Debug Manager, hence jdbgmgr). Featuring so odd an icon among normally dull system icons had an unexpected counterpoint: an email hoax warning users that this is a virus that somehow came into your computer and should be deleted. This hoax has taken many forms and is always very popular among non-expert users that find this icon suspicious. The email has taken many forms, including saying its purpose was to warn Hotmail users of a virus spreading via MSN Messenger, or even to alert about a possible virus in the orkut web community. More... More... Purge server cache

Copyleft Copyleft symbol Copyleft (a play on the word copyright) is the practice of using copyright law to offer the right to distribute copies and modified versions of a work and requiring that the same rights be preserved in modified versions of the work. In other words, copyleft is a general method for marking a creative work as freely available to be modified, and requiring all modified and extended versions of the creative work to be free as well.[1] Copyleft is a form of and can be used to maintain copyright conditions for works such as computer software, documents, and art. Copyleft licenses (for software) require that information necessary for reproducing and modifying the work must be made available to recipients of the executable. Copyleft type licenses are a novel use of existing copyright law to ensure a work remains freely available. Reciprocity[edit] History[edit] The concept of copyleft was described in Richard Stallman's GNU Manifesto in 1983 where he wrote: Some[who?]

fsf.org Free Software Foundation Namespace In computing, a namespace is a set of symbols that are used to organize objects of various kinds, so that these objects may be referred to by name. Prominent examples include: Namespaces are commonly structured as hierarchies to allow reuse of names in different contexts. As an analogy, consider a system of naming of people where each person has a proper name, as well as a family name shared with their relatives. If, in each family, the names of family members are unique, then each person can be uniquely identified by the combination of first name and family name; there is only one Jane Doe, though there may be many Janes. In computer programming, namespaces are typically employed for the purpose of grouping symbols and identifiers around a particular functionality and to avoid name collisions between multiple identifiers that share the same name. In networking, the Domain Name System organizes websites (and other resources) into hierarchical namespaces. Name conflicts[edit] Examples[edit]

Portal:Google Google Inc. (NASDAQ: GOOG) is an American multinational Internet and software corporation specialized in Internet search, cloud computing, and advertising technologies. It hosts and develops a number of Internet-based services and products. The company was founded by Larry Page and Sergey Brin while the two were attending Stanford University as Ph.D. candidates. Google was first incorporated as a privately held company on September 4, 1998, and its initial public offering followed on August 19, 2004. At that time Larry Page, Sergey Brin, and Eric Schmidt agreed to work together at Google for 20 years, until the year 2024. Lawrence "Larry" Page (born March 26, 1973) is an American computer scientist best known as co-founder of Google Inc. In 1998, Brin and Page founded Google, Inc. ...that Google Chrome is the fastest growing browser with support for very high web technologies? Browser Usage

GNU Project The GNU logo, by Etienne Suvasa The GNU Project i/ɡnuː/[1] is a free software, mass collaboration project, announced on 27 September 1983, by Richard Stallman at MIT. In order to ensure that the entire software of a computer grants its users all freedom rights (use, share, study, modify), even the most fundamental and important part, the operating system (including all its numerous utility programs), needed to be written. The project's current work includes software development, awareness building, political campaigning and sharing of the new material. Origins[edit] Richard Stallman announced his intent to start coding the GNU Project in a Usenet message in September 1983.[3] Once the kernel and the compiler were finished GNU was able to be used for program development. The origins and development of most aspects of the GNU Project (and free software in general) are shared in a detailed narrative in the Emacs help system. GNU Manifesto[edit] Philosophy and activism[edit] Participation[edit]

Alternative Software And Apps for Windows, Linux, Mac, iPhone, Android, Web Apps/Online And Other Platforms Identity From Wikipedia, the free encyclopedia Identity may refer to: Philosophical topics[edit] Personal conception and expression[edit] Specifications of persons[edit] Group expression and affiliation[edit] Christian Identity, a Christian religious movementCultural identity, person's self-affiliation (or categorization by others) as a member of a cultural groupIdentity politics, political arguments that focus upon the self-interest and perspectives of self-identified social interest groups or minoritiesNational identity, belief in membership of a nation Mathematics[edit] Business[edit] Accounting identity, calculation or measurement that must be true regardless of the value of its variablesCorporate identity, "persona" of a corporation by way of branding or use of trademarks Computer science[edit] Culture and the arts[edit] See also[edit]