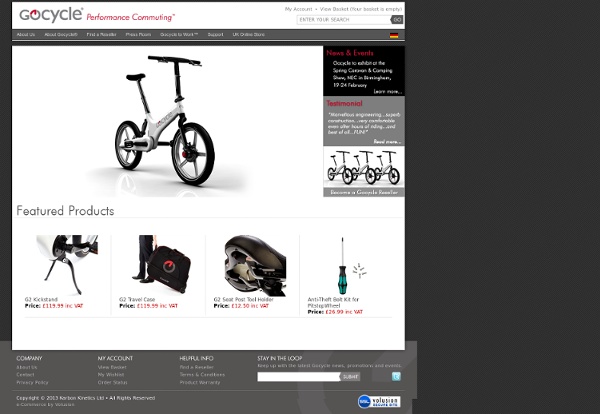 Ultra-efficient 4,000 mph vacuum-tube trains – why aren't they being built? In the 1800s, when pneumatic tubes shot telegrams and small items all around buildings and sometimes small cities, the future of mass transit seemed clear: we'd be firing people around through these sealed tubes at high speeds. And it turns out we've got the technology to do that today – mag-lev rail lines remove all rolling friction from the energy equation for a train, and accelerating them through a vacuum tunnel can eliminate wind resistance to the point where it's theoretically possible to reach blistering speeds over 4,000 mph (6,437 km/h) using a fraction of the energy an airliner uses – and recapturing a lot of that energy upon deceleration. Ultra-fast, high efficiency ground transport is technologically within reach – so why isn't anybody building it? The next frontier of speed Vacuum tube-based transport has a lot of things going for it. The vacuum-tube revolutionaries The case for the negative Then again, let's say these safety issues can be adequately addressed.

Nanotech versus the pirates: Zyvex Marine unveils the LRV-17 Zyvex Marine's latest nanotech-enabled lightweight boat, the LRV-17 Image Gallery (5 images) The purveyors of fine nanotech-enabled lightweight boats at Zyvex Technologies have been in touch to tell Gizmag about their latest creation, the LRV-17, developed to combat piracy off the coast of Africa. At 17.35 m (57 ft), the LRV-17 is a slightly bigger boat than Zyvex's unmanned Piranha USV, but unlike its piscine predecessor the LRV-17 can support of a crew of six for up to five days. View all Like the Piranha, the LRV-17 is made from "carbon fiber nanocomposites," Arovex and Epovex, which are crucial in keeping the boat's weight down to 17,900 pounds (8100 kg). The result is a vessel 17.35 m (57 ft) long, 3.6 m (11.9 ft) wide boat with a 0.75 m (2.3 ft) draft - that's the vertical height from water level down to the hull's bottom. Source: Zyvex Marine About the Author James lives in East London where he punctuates endless tea drinking with freelance writing and meteorological angst.

First manned flight of FanWing aircraft planned for next year The FanWing company has announced that it plans to debut a piloted version of its rotary fan-powered aircraft next year Image Gallery (11 images) With a traditional airplane, a propellor or jet engine pulls it forward, and lift is created as air subsequently flows over the wings. FanWing aircraft are a little different. They have a powered horizontal rotary fan along the leading edge of their single wing, which serves to pull air over it, creating lift without the need for speed. View all First of all, why would anyone want to build an airplane this way? According to the company, due to the fact that little in the way of speed is required to achieve lift, FanWings can take off and land on very short runways. The piloted aircraft is planned to have a rotor measuring 32 feet (10 meters) long by 30 inches (75 cm) wide, with a total body span (including its twin tails) of 46 feet (14 meters). Source: FanWing via Dvice About the Author Post a CommentRelated Articles

Drayson sets EV record at Goodwood The Lola-Drayson B12/69EV has set a speed record for electric cars, at the Goodwood Festival of Speed (Photo: Noel McKeegan/Gizmag) Image Gallery (3 images) This past January, the Lola-Drayson B12/69EV was unveiled to the public. Created by Drayson Racing Technologies and the Lola Cars group, it promised to be the fastest electric-powered racing car in the world. Well, it looks like it’s on its way to fulfilling that promise, as it set a speed record this week at the Goodwood Festival of Speed. Powered by its 850-horsepower electric drivetrain, the LeMans racer competed against conventional race cars last Sunday, in a series of timed runs of Goodwood’s hillclimb course. Sunday also marked the first time that the car has raced in a public venue. “The car was just stellar today,” said Lord Drayson, Managing Partner at Drayson Racing Technologies. The Goodwood Festival of Speed is an annual high-performance motoring event that takes place at the Goodwood Estate, in West Sussex, England.

Kenguru, the first drive-from-wheelchair EV, enters production The Kenguru drive-from-wheelchair electric car Image Gallery (14 images) Though its undoubtedly true to say that mobility vehicles designed for wheelchair access exist, like AM General's MV-1 these generally relegate the wheelchair user to backseat passenger. Vehicles that do allow a wheelchair behind the controls are expensive made-to-order conversions of people carriers and mini-buses. The Kenguru is about as far from a people carrier as it's possible to get, being a small nimble electric vehicle, but one designed specifically for quick, easy access by, and driving from, a wheelchair. View all The Kenguru has only a single door to the rear of the vehicle for direct wheelchair access. Power from the batteries is delivered to two 2-kW motors located on the rear axle. Initially developed by Hungarian company Kenguru Services, the Kenguru has design is at least six years old. Source: Kenguru About the Author Post a CommentRelated Articles For multiple addresses, separate each with a comma

Hyundai prepares for the apocalypse with Zombie Survival Machine Survive the apocalypse with Hyundai Hyundai is getting in on the incessant zombie trend with an actual concept car designed to mow down the fearsome hordes of undead brain suckers. It's called the Zombie Survival Machine, and it looks exactly like what it sounds like. "I don't know a lot about cars, but I do know a lot about the zombie apocalypse and what I would like to have to survive," Kirkman explains in the video below. Helping keep the car as practical and effective as a zombie-survival mobile can ever be are Hyundai and Design Craft Fabrication. While the Hyundai Elantra probably wouldn't be the first car you'd think of as an armored tool of undead destruction, Hyundai has done a pretty good job in fleshing this thing out. Below you can see the first in a four-part series on the Zombie Survival Machine's development. We'll go ahead and say this one won't make production. Source: Hyundai About the Author Post a CommentRelated Articles For multiple addresses, separate each with a comma

Czech engineers set to build six-prop Flying Bike From the Jetsons to Back To The Future, hopping onto or into a personal flying vehicle has been on the engineering "To Do" list for a good many years. We've seen a number of noteworthy attempts at defying gravity and taking to the skies here at Gizmag (many of which are featured in this roundup from 2010) and now another possible addition to that growing collection has landed on our desk. Known simply as the Flying Bike (or FBike), this collaborative effort from a bunch of Czech companies and enthusiasts is still very much in the early stages of development, but the proposal is to fit a number of electrically-driven propellers to the custom frame of a two-wheeler that will allow the pilot to rise above the traffic for as long as the batteries hold out. View all The FBike project began in the autumn of 2011 with a proposal to create an e-bike, but enthusiasts from Czech companies Technodat, Evektor and Duratec set their sights on loftier designs instead. Source: FBike

New SplinterBike Quantum all-wooden bike launched in time for London 2012 Festival Around about this time last year, we featured an all-wooden bike named SplinterBike that went on to be viewed by over 320,000 visitors to the Power of Making exhibition at the Victoria & Albert Museum in London. A second version was used to set a new speed record for 100 percent wooden bikes in August 2011 and now the creator of both, Michael Thompson, has built a special SplinterBike Quantum (SBQ) edition for the 2012 London Olympics. A few design changes have been made to allow a variety of visitors to the Adain Avion event at the London 2012 Festival to mount up and ride an all-wooden bike for themselves, including adjustable seat height and a different gearing setup. View all Launched earlier today, the SBQ is said to have been created in response to the staggering amount of public interest shown in the previous two models, and at the request of Adain Avion London 2012 Cultural Olympiad. The SBQ is made up of 88 individual components which took 40 hours on a CNC machine to produce.

FlyNano achieves first test flight - Images The FlyNano prototype, at Finland's Lake Hepari Image Gallery (2 images) Last April, we told you about the FlyNano – a single-occupant petrol/electric microlight amphibious aircraft being developed by a Finnish aeronautical firm of the same name. At the time, some readers expressed skepticism, rightly pointing out that there was no video of the plane actually flying. That changed this week, however, as the company posted a video of one of the prototype’s first test flights. The flight in the video reportedly took place this Monday at 8:09pm, at Finland’s Lake Hepari. When we last reported on the aircraft, deliveries were expected to start around July of last year. Additionally, FlyNano has stated that thanks to advances in batteries and electric motors, the carbon fiber-bodied aircraft will now be primarily electric – originally, both combustion and electric models were planned. The video can be viewed below. Source: FlyNano via CAFE Foundation About the Author Post a CommentRelated Articles

BMW unveils i Pedelec bicycle concept BMW has further strengthened its commitment to an electric mobility future by announcing the opening of its first i Store on July 25. To celebrate the event, the German auto giant has developed a new folding pedal-electric bike called the i Pedelec. Like the Voltitude, the new bike can be rolled along when folded to make getting on and off trains or buses, or in and out of elevators, a little less troublesome, and benefits from a geared electric hub motor, high performance batteries and disc braking at the front and rear. BMW also says that two folded i Pedelec bikes can be comfortably squeezed into the trunk space of its forthcoming i3 EV, and that their batteries can be charged while in there. View all Situated next door to its BMW and MINI Stores on Park Lane in London, UK the new i Store showroom is described as a dedicated customer-oriented access point for its future range of electric vehicles and associated support solutions. Source: BMW via BMW Blog

The Siberian Tiger: A camper that snarls on the outside and purrs on the inside The felidae family is perhaps the most multi-personalitied family in the entire animal kingdom. It spans everything from huge, predatory beasts that would sooner tear you apart limb by limb, sinew by sinew than look at you, to tiny, amicable (although somewhat aloof and self-serving) pets that wander gracefully around home and yard. We think that might be why Tiger Adventure Vehicles chose its name. View all The Siberian tiger is the largest cat in the world, so Tiger Adventures chose to use the name for its largest, most expensive Tiger camper model. Tiger Adventure says that the Siberian is designed for full-on off-road adventures as well as standard road trips. Though it may be rough and ready on the outside, the Siberian provides a level of interior refinement and comfort that could make Bentley rubberneck. In terms of sleeping, a modified king bed made from memory foam is located in the sleeping compartment above the truck cabin. Source: Tiger Adventure Vehicles