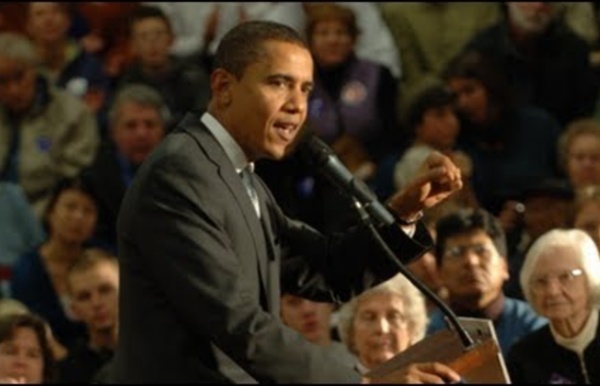 Otras modalidades de interpretación: el chat de la Comisión Europea This section will explain the sequence of events concerning both the preparation and the conduct of a Chat. There are 3 distinct phases, each involving specific actions: Before the Chat Police shootings and race Eugene has kindly invited me to present findings from my new book, “The War on Cops.” The book argues that the Black Lives Matter narrative about a racist criminal-justice system is false and dangerous — dangerous to innocent black lives that are being lost to rising crime and, it would increasingly appear, to law and order itself as cops become the target of assassination. In future posts, I will discuss the most controversial aspect of “The War on Cops”: my claim that the current rise in violent crime in many American cities is the result of officers backing off of proactive policing. Today, however, I want to address the question of police shootings and race, in light of the recent fatal police shootings of Alton Sterling in Baton Rouge and Philando Castile in Falcon Heights, Minn. Those shootings have amplified the charge that the U.S. is experiencing an epidemic of racially driven police shootings. A New York Times editorial, for example, asked, “When Will the Killing Stop?”

Analysis of Barack Obama's Victory Speech Analysis > Barack Obama's Victory Speech Here's the video, full text and a detailed analysis of the speech Barack Obama made in Chicago on the day of his being elected to the post of President of the USA, Wednesday 5th November, 2008. Further notes Sections of the speech may be characterized as: Celebration Thanks Challenge History Hope The overall approach is to create an inclusive sense of history where individuals make personal sacrifice in order to be a part of a great revival. Police Shooting Statistics 2016: Are More Black People Killed By Officers Than Other Races? Of the 990 people who were killed by police officers in 2015, the Washington Post reported 258 of them were black. So far in 2016, there have been 708 documented deaths in police shootings, 173 of which have resulted the deaths of African-Americans. Although there has been increased media attention surrounding the police killings of black people — on Saturday videos were released of Keith Scott’s death after he was shot by a police officer in Charlotte, North Carolina — statistics show the number of police shootings has increased among all races. The Post, which has been collecting data and public records on police shootings throughout the country since last year, reported 325 white people and 111 Hispanics have been shot and killed by police so far in 2016.

Código ético de AIIC (2012) I. Purpose and Scope Article 1 a) This Code of Professional Ethics (hereinafter called the "Code") lays down the standards of integrity, professionalism and confidentiality which all members of the Association shall be bound to respect in their work as conference interpreters. b) Candidates and precandidates shall also undertake to adhere to the provisions of this Code. c) The Disciplinary and Disputes Committee, acting in accordance with the provisions of the Statutes, shall impose penalties for any breach of the rules of the profession as defined in this Code.

How to Write an English Essay (with Sample Essays) Steps Part 1 Getting Started <img alt="Image titled Write an English Essay Step 1" src=" width="728" height="546" class="whcdn" onload="WH.performance.clearMarks('image1_rendered'); WH.performance.mark('image1_rendered');">1Set aside time to write. You cannot write an essay in 10 minutes. It's best to leave yourself ample time to write and revise the essay, ideally giving yourself time for a break between drafts.

¿Cómo comportarse en la cabina? Mutual assistance, team cohesiveness and convivialité are essential for the smooth running of any conference. Here's a checklist of booth manners for beginners. In the booth Remember that an interpreting booth is a confined space. Act accordingly;Keep the documents neat and orderly;Do not smoke; Switch off your mobile phone; Take care not to wear jewellery that can make a noise, like wrist bangles; Agree preferred seating and lighting arrangements with colleague(s); Turn volume right down on your headset if you leave the booth; Keep quiet when not working (microphones pick up all background noise so do not shuffle papers, be careful when pouring water, do not eat or make other unpleasant noises); Talk into the microphone (some colleagues who regularly work for TV can offer precious advice). Teamwork

Analysis of Poems. This is a poem done on request for Manda. Hope you and all others who are looking for it find it useful. Disabled He sat in a wheeled chair, waiting for dark, And shivered in his ghastly suit of grey, Legless, sewn short at elbow. Young, black and unemployed: the tragedy of the 44% It is a paradox of the history of British migration that, while the first generation of postwar black immigrants came to this country to work, unemployment among their children and grandchildren is stubbornly high. Figures I've just received from the Labour Force Survey reveal that unemployment among young black people (aged 16-24) is a shocking 44% – over twice the rate of their white counterparts, of whom 20% are jobless. Black and Asian migrants after the war helped rebuild the economy: working in factories; doing the night shifts; working on the railways and driving the buses. And a generation of West Indian women made a contribution to the health service that has never been properly celebrated. So whatever else the problem is, black Britons don't come from households that didn't value work. One of the causes of high black unemployment is shared by working class males whatever their colour.

Victoria’s Secret store kicks out all black customers after woman accused of shoplifting At first there was outrage. Kimberly Houzah told everyone watching her Facebook Live video to boycott Victoria’s Secret. She pledged to call the store’s corporate headquarters and report the racist behaviour she’d just been subjected to. She told her friends that she’ll never set foot inside the store again, even if “I’m down to my last pair of drawers.” Then, she began to sob. The amazing brains of the real-time interpreters One morning this summer I paid a visit to the sole United Nations agency in London. The headquarters of the International Maritime Organization (IMO) sits on the southern bank of the Thames, a short distance upstream from the Houses of Parliament. As I approached, I saw that a ship’s prow, sculpted in metal, was grafted like a nose to the ground floor of this otherwise bland building. Inside I met a dozen or so mostly female IMO translators. They were cheerful and chatty and better dressed than you might imagine for people who are often heard but rarely seen.