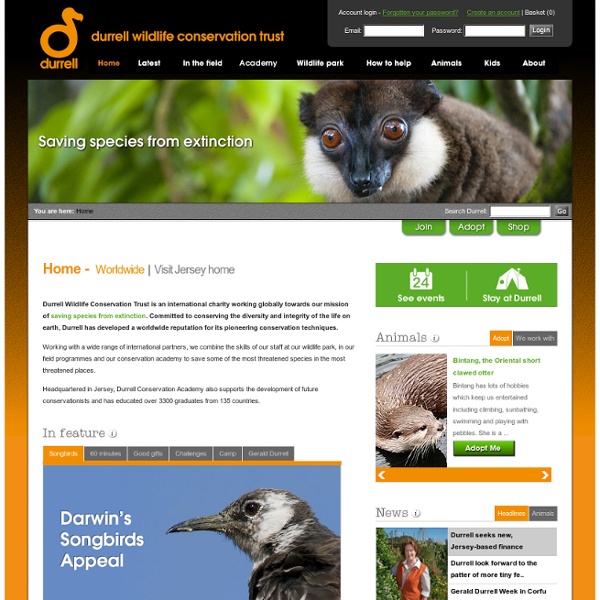 ECNC : expertise Centre for biodiversity and sustainable development Big animal extinction 'severed nutrient arteries' 12 August 2013Last updated at 02:01 ET By Mark Kinver Environment reporter, BBC News The study is the first to look at how prehistoric megafauna distributed nutrients The demise of big animals in the Amazon region 12,000 years ago cut a key way that nutrients were distributed across the landscape, a study has suggested. Researchers say animals such as huge armadillo-like creatures would have distributed vital nutrients for plants via their dung and bodies. The effects, still visible today, raise questions about the impact of losing large modern species like elephants. The findings have been published in the journal Nature Geoscience. A team of UK and US researchers developed a mathematical model to calculate what impact the sudden loss of megafauna - animals with a body mass of more than 44kg (97lb) - had on the Amazonia's ecosystem. Results showed that the extinctions resulted in a 98% reduction in the dispersal of phosphorus (chemical symbol "P"). Essential for life

Peachy Green - Solar Power, Renewable Energy &amp; Going Green The Biodiversity Hotspots Page Content Life on Earth faces a crisis of historical and planetary proportions. Unsustainable consumption in many northern countries and crushing poverty in the tropics are destroying wild nature. Extinction is the gravest aspect of the biodiversity crisis: it is irreversible. In a world where conservation budgets are insufficient given the number of species threatened with extinction, identifying conservation priorities is crucial. The biodiversity hotspots hold especially high numbers of endemic species, yet their combined area of remaining habitat covers only 2.3 percent of the Earth's land surface. Hotspots in Context Hotspots Defined Impact of Hotspots Hotspots Revisited Conservation Responses Subsection 01 Eight Hotspots hold a diversity of plant and animal life, many of which are found no where else on Earth. Subsection 02 Composed of large land areas as well as islands dotting the Pacific seas, these 13 Hotspots represent important biodiversity. Subsection 03 Subsection 04

Scientists identify 2,370 'irreplaceable' places An international team of scientists has made a list of Earth's most "irreplaceable" places, highlighting more than 2,300 unique habitats that are key to the survival of rare wildlife. The goal of their research, published in the journal Science, is to help wildlife managers make existing parks and nature preserves more effective at preventing extinction. "Protected areas can only fulfill their role in reducing biodiversity loss if they are effectively managed," says Simon Stuart, chair of the International Union for Conservation of Nature's Species Survival Commission, in a press release about the study. "Given limited conservation budgets, that is not always the case, so governments should pay particular attention to the management effectiveness of highly irreplaceable protected areas." The study offers an irreplaceability score for 2,178 protected areas and 192 proposed sites, ranking their importance to rare wildlife in general and to specific biological groups. Western Ghats, India

Nature&#039;s Place GBIF : Global Biodiversity Information Facility Try out the new GBIF portal! Why not try out the new GBIF portal at www.gbif.org, which has many more features and includes lots of information about the GBIF community, including great examples of data uses in research and interesting applications? The old GBIF data portal which you are viewing now will continue to be supported until we are satisfied it can be taken down without causing major inconvenience. Be aware that the content here is static and has not been updated since the launch of the new portal on 9 October 2013. If and when a date is confirmed for discontinuing the old data portal, we will post it here with plenty of prior notice. Welcome to the (former) GBIF Data Portal Access 416,242,316 data records (363,215,360 with coordinates) shared via the GBIF network. Explore Species Find data for a species or other group of organisms. Species Example species: Puma concolor (Linnaeus, 1771) Explore Countries Find data on the species recorded in a particular country, territory or island.

Jatun Sacha Foundation | Jatun Sacha Foundation Ecuador Nature Magnified AVES France : Association de protection des espèces menacées Center for Biodiversity and Conservation at AMNH The Center for Biodiversity and Conservation (CBC) transforms knowledge – from diverse sources and perspectives, spanning areas of scientific research as well as traditional and local knowledge – into conservation action. We collaborate with partners around the world to increase local and global capacity to address the loss of biological and cultural diversity. Convening professionals, institutions, and communities, we foster connections among practitioners to catalyze conservation on the ground. The programs we develop span the full cycle of conservation action – from identifying needs to project implementation to adapting and broadcasting lessons learned – and serve as models for other organizations. Center for Biodiversity and Conservation American Museum of Natural History Central Park West at 79th Street New York, New York 10024 USA Phone: 212 769 5742 Fax: 212 769 5292 biodiversity@amnh.org What's New at the CBC CBC in the Field Our Global Kitchen on WNYC's Brian Lehrer Show!