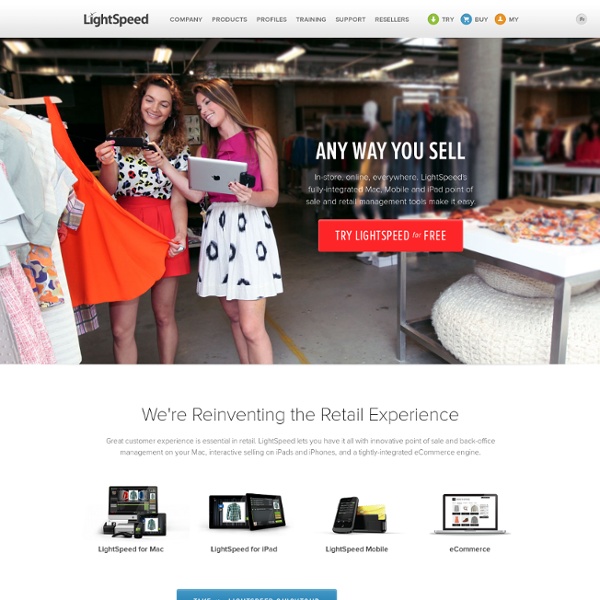 Augment | Augmented Reality App on iPhone, iPad & Android Exclusive look at Apple's new iPod touch-based EasyPay checkout Breaking By Gary Allen, ifoAppleStore, Special to AppleInsider (ifoAppleStore) Within two weeks, Apple stores will begin retiring their current Windows CE-based portable computers and start using a custom-designed and crafted iPod touch to check out customers. AppleInsider has a first look at the new system. Perhaps more significantly, the change to an iPod touch and Apple software will bring the entire point-of-sale (POS) system under Apple's control. It is unknown which manufacturer partnered with Apple to create the new device. In April, AppleInsider first reported that Apple would replace its Pocket PC-based EasyPay devices with the iPod touch, thanks to new accessory support in the iPhone 3.0 software. New system aims to improve The current portable computers are made by Symbol Technologies Inc. and run Windows CE, linked to Apple's servers via Wi-Fi. Apple's solution consists of a hard plastic, two-piece slip-on shell with a grip texture. Checking out iPhone purchasing streamlined

Generix Group | Editeur de logiciels collaboratifs ERP/SCM/EAI/EDI TabbedOut Scores Deal With Point-Of-Sale Maker, Will Allow Customers To Pay Their Restaurant Or Bar Tab Via Their Phone At 10,000 Locations Because waiting for the check stinks. Tabbedout, a startup backed by $5.75 million from NEA and others, has been developing a platform that allows bar and restaurant customers to pay for their tab using their smartphone. Today, the company is announcing a partnership with Point-of-Sale (POS) system maker Harbortouch which will allow it to sizably increase its footprint in the space. The two companies have joined forces to deliver an integrated solution that’s being installed on all the new Harbortouch Hospitality POS deployments in the future, as well as integrated into existing terminals. The vendor has a presence in over 10,000 locations across the U.S. Though to the consumer, it may seem like it should be simple enough to just start paying for things in the offline world with your phone, there’s a reason why no entity has yet to establish itself as a leading mobile wallet application yet. And then there’s all those point-of-sale systems to think of.

Hardware setup Basic Introduction LightSpeed is able to communicate with a wide range of the POS hardware you require in your operation, including label printers, cash drawers, and barcode scanners. Configuration of these devices is generally very simple, and can be completed quickly following a few basic steps. Barcode Scanner The most elemental of input devices, barcode scanners have only one function – to read a visual code required to identify an object or piece of information, and input that information into the system. They can be purchased with or without a trigger, but nearly all USB barcode scanners are compatible with LightSpeed and will comply with the software’s requirements for data entry. Station Setup Receipt Printer LightSpeed gives you the option to print Invoices on either 8.5” x 11” or receipt format. The first step is to install drivers for your . Configuration for the Star Micronics printers happens in the panel, found under the menu. Station Setup Setting up Receipt Printer Cash Drawer 1.

Instamonial™ by KnexxLocal IPCPrint.com |  Pi Join the revolution Exclusive to CommBank, the Pi solution is a unique and powerful open platform for business, enhancing face-to-face customer interaction at point of sale, while offering secure payments. To access the open Pi platform, we've developed Albert, an interactive multifunctional device. At its core, Albert is a secure merchant terminal, but with the Pi platform the possibilities are endless. Together, Albert and the Pi platform will offer a portable touch-interface with an unprecedented level of functionality and customisation. Register your interest for your Business today And lead the way in how businesses operate tomorrow. Find out more » BodeTree University Index to VAT Rate Decisions Below is an extensive listing of products and services, which links to the applicable rate of Value Added Tax (VAT) and other related information. The list can be browsed, navigated via the A to Z links, or searched using the search box. The legislation governing the VAT rating of goods and services is contained in the Value-Added Tax Consolidation Act 2010 (VATCA 2010). The VAT treatment indicated in the following rates database is based on current practice and is not to be regarded as a statement of law or as a substitute for consulting the legislation. Back to Top

Crazy Egg - Visualize where your visitors click Over 200,000 businesses Convert Better with Crazy Egg, The Original Heatmapping Technology A heatmap is an easy way to understand what users want, care about and do on your site by visually representing their clicks - which are the strongest indicators of visitor motivation and desire. A Crazy Egg heatmap lets you collect more than 88% of the data you would using a traditional eye-tracking process. At a fraction of the price. Because Google Analytics & Site Catalyst Leave Questions Unanswered, Trust Crazy Egg Visualizations to Help You Understand Your Users. Wouldn't you like to fill in the gaps left by analytics… without A/B testing every little assumption… and without breaking the bank on in-lab usability studies? Heat Maps: At a glance, see the hotspots on each page - so you know what to change, preserve or delete "Do our users think they can click greyed out buttons?" Click-Tracking Overlays: Find a hot spot? Scroll Maps: "Where are we losing visitors on our lead gen page?"

Revealed: Retail Stores’ Handheld POS Device While Apple Inc. was making news last November with the roll-out of a high-tech iPod touch point-of-sale (POS) system at its 277 retail stores, the company that actually designed and built the sleek device was content to lay low and not take any of the credit. Now their secret is out: It was southern California-based Infinite Peripherals (IPC) that developed that techno-shell that allows an iPod touch to process purchases so elegantly at Apple’s stores. The Linēa-pro allows store employees to quickly scan barcodes, read credit card magnetic stripes and accept customer signatures. An interview with a company executive and a hands-on test of the device reveals how the device was developed and is now being marketed. View photos of the Linēa-pro and watch my hands-on video review of the device. Watch a short video snippet of the device in action at an Apple store. The Linēa-pro is a handheld solution that consists of a barcode scanner, magstripe reader and a protective shell. Hands-On Test

Point of Sale Application - Cube Connect with the hardware you need. Wirelessly connect a printer and cash drawer to your iPad. Print itemized payment receipts for your customers and print order tickets for your kitchen, prep station, or bar. Utilize a cash drawer to make change and adjustments. Run reports right from your iPad. No matter where you are, you have access to powerful, customizable reporting right from your iPad. Cash and labor management. Employees can clock-in and clock-out right from the iPad point of sale. Customizable settings for all use cases. No matter what kind of business you operate, you have the ability to customizable your app to fit your needs.