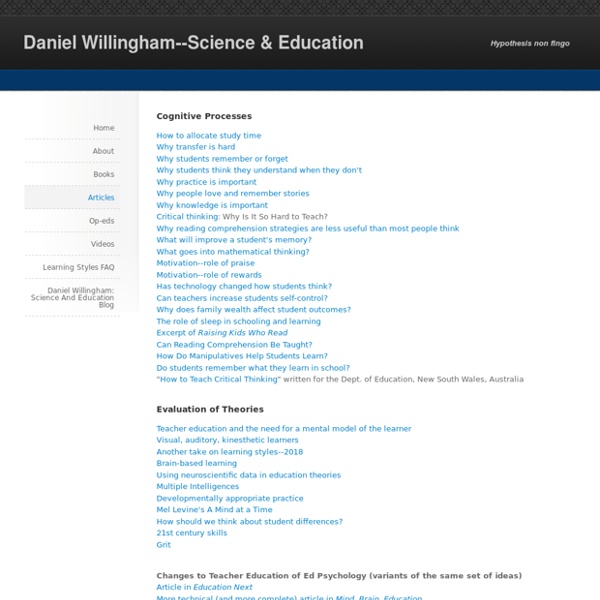 How Human Memory Works" The more you know about your memory, the better you'll understand how you can improve it. Here's a basic overview of how your memory works and how aging affects your ability to remember. Your baby's first cry...the taste of your grandmother's molasses cookies...the scent of an ocean breeze. These are memories that make up the ongoing experience of your life -- they provide you with a sense of self. Most people talk about memory as if it were a thing they have, like bad eyes or a good head of hair. In the past, many experts were fond of describing memory as a sort of tiny filing cabinet full of individual memory folders in which information is stored away. Do you remember what you had for breakfast this morning? What seems to be a single memory is actually a complex construction. This doesn't mean that scientists have figured out exactly how the system works. On the next page, you'll learn how encoding works and the brain activity involved in retrieving a memory.

Note-taking tools and tips | Harvard Initiative for Learning and Teaching This blog entry is part of a series of topical Practice-Oriented Literature Overviews written by the HILT Research Fellows. by Michael C. Friedman Note-taking should be an obvious practice and an intuitive skill: pay attention in class, and scribble (or with the current generation of students, type) furiously as the instructor speaks and displays slides of information, right? Good note-taking practices can potentially make the difference between efficient study behaviors, better course outcomes, and even retention of course content beyond a course’s conclusion. Notes on note-taking: Review of research and insights for students and instructors reviews the existing research on note-taking and makes recommendations for both students and instructors: For students: For instructors: Explain your course policies regarding note-taking at the start of the semester (Do you allow laptops?

The Pomodoro Technique® - Time Management Skills From MindTools.com Staying Focused Throughout the Day © iStockphotoCsondy After four "pomodori," you've earned yourself a good break! Do you find that your productivity fluctuates from one day to the next? Some days, you fly through your tasks in no time. But other days just drag and, no matter how many hours you put in, you just can't seem to get things done. It's a common misconception that long hours and busy days add up to high productivity. What's more, numerous studies suggest that sitting at your desk for a long time can be detrimental to your health. This article explores the Pomodoro Technique®, a simple method that improves your productivity and protects your health by encouraging you to schedule regular short breaks into your day. About the Tool The Pomodoro Technique was developed by Francesco Cirillo in the 1980s. "Pomodoro" is Italian for tomato. The method is remarkably simple. At first, it might seem counter-intuitive to take so many breaks throughout the day. How to Use the Pomodoro Technique

Why Walking Helps Us Think In Vogue’s 1969 Christmas issue, Vladimir Nabokov offered some advice for teaching James Joyce’s “Ulysses”: “Instead of perpetuating the pretentious nonsense of Homeric, chromatic, and visceral chapter headings, instructors should prepare maps of Dublin with Bloom’s and Stephen’s intertwining itineraries clearly traced.” He drew a charming one himself. Several decades later, a Boston College English professor named Joseph Nugent and his colleagues put together an annotated Google map that shadows Stephen Dedalus and Leopold Bloom step by step. The Virginia Woolf Society of Great Britain, as well as students at the Georgia Institute of Technology, have similarly reconstructed the paths of the London amblers in “Mrs. Dalloway.” Such maps clarify how much these novels depend on a curious link between mind and feet. Since at least the time of peripatetic Greek philosophers, many other writers have discovered a deep, intuitive connection between walking, thinking, and writing.

Opinion: For a more productive life, daydream In 1990, a 25-year-old researcher for Amnesty International, stuck on a train stopped on the tracks between London and Manchester, stared out the window for hours. To those around her, no doubt rustling newspapers and magazines, busily rifling through work, the young woman no doubt appeared to be little more than a space cadet, wasting her time, zoning out. But that woman came to be known as JK Rowling. Mark Twain, during an enormously productive summer of writing in 1874, spent entire days daydreaming in the shade of Quarry Farm in New York, letting his mind wander, thinking about everything and nothing at all, and, in the end, publishing "The Adventures of Tom Sawyer." Such creative breakthroughs in leisurely moments are hardly unique to literature. Brigid Schulte Legend has it not only that Archimedes had his "eureka!" The default mode network is like a series of airport hubs in different and typically unconnected parts of the brain. Most employers frown on such behavior. Just think.

How to Break the Procrastination Habit New laws on marijuana were supposed to boost tax revenues and free up cops to go after “real” criminals. But underground sales—and arrests—are still thriving. It’s just after four o’clock on a hot Seattle afternoon, and Thomas Terry is standing in the parking lot of a Jack in the Box. Known for fights that end with police sirens and sometimes ambulances, it’s a spot some locals half-jokingly call “Stab in the Box,” but today the scene is quiet. A man is walking up the street toward Terry and a few other young men who are gathered in the shade of a brick wall where the parking lot meets the sidewalk. As he draws near, one of them opens his mouth, and the words tumble out: “Kush? Whether the man does or not, he says nothing, and keeps walking.

hit-the-reset-button-in-your-brain Photo THIS month, many Americans will take time off from work to go on vacation, catch up on household projects and simply be with family and friends. And many of us will feel guilty for doing so. We will worry about all of the emails piling up at work, and in many cases continue to compulsively check email during our precious time off. But beware the false break. Every day we’re assaulted with facts, pseudofacts, news feeds and jibber-jabber, coming from all directions. If you’re feeling overwhelmed, there’s a reason: The processing capacity of the conscious mind is limited. This two-part attentional system is one of the crowning achievements of the human brain, and the focus it enables allowed us to harness fire, build the pyramids, discover penicillin and decode the entire human genome. But the insight that led to them probably came from the daydreaming mode. Email, too, should be done at designated times. Taking breaks is biologically restorative.

Write or Die: the software that offers struggling authors a simple choice | Technology This is horrible! The novelist David Nicholls says that while working on his latest book Us he used a piece of software called Write or Die, which starts to delete what you are writing if you pause for too long. “I was convinced that there was a novel in me and I had to just spew it out on to the page,” Nicholls told an audience at the Cheltenham Literary festival. I agree. I have tried adding and deleting spaces, like dribbling a basketball when I want to stand still. Actually, I think the second half of that is healthy. In the end, Nicholls had to bin the 35,000 words he had written this way, but they weren’t wasted.

The 30 Second Habit That Can Have a Big Impact On Your Life | Robyn Scott There are no quick fixes. I know this as a social science junkie, who’s read endless books and blogs on the subject, and tried out much of the advice — mostly to no avail. So I do not entitle this post lightly. And I write it only having become convinced, after several months of experimentation, that one of the simplest pieces of advice I’ve heard is also one of the best. It is not from a bestselling book — indeed no publisher would want it: even the most eloquent management thinker would struggle to spin a whole book around it. The man in question, an eminience grise of the business world, is one of the most interesting people I have ever met. I met him first over a coffee in his apartment, to discuss the strategy for a highly political non-profit working in Africa. So when he shared some of the best advice he’d ever received, I was captivated. If you only do one thing, do this He did, and he was. I’ve been trying it out for a few months.