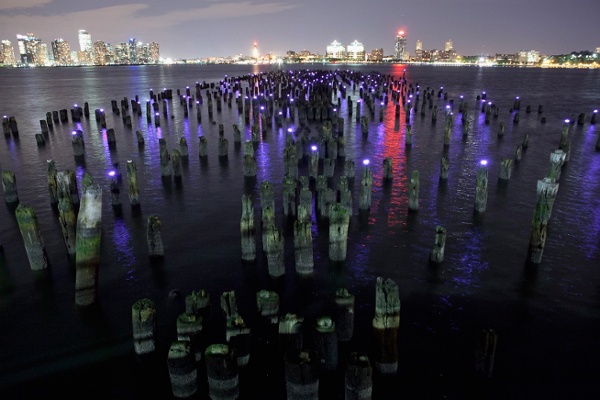 The World's Six Most Beautiful Lakes World’s Beautiful Lakes: Five-Flower Lake, China The pristine water of Wuhua Hai, or Five-Flower Lake, is the pride of Jiuzhaigon National Park in China. The shallow lake glistens different shades of turquoise and its floor is littered with fallen ancient tree trunks. Wuhua Hai is one in the legendary 108 haizi, or multicolored lakes, in the national park that according to legend, were created after an ancient Goddess dropped a mirror that her lover had given her, smashing it into 108 pieces. The amazing colors make it one of the world’s most beautiful lakes: Plitvice Lakes, Croatia

Crystal River Cano Cristales - Crystal River. River of five colors, as the locals call it, originates in the south of the mountain chain Macarena, Colombia, and flows eastward to its confluence with the Guayabero river. In the Cano Cristales found five colors: yellow, blue, green, black and red. All of them are waste product of many algae and, depending on time of year, color saturation, or weakened or strengthened. The 40 Best Selected Wallpapers from National Geographic Magazine No doubt National Geographic features unbelievable photography. The authors and photographers for National Geographic are one of the mainly diverse and dedicated people, and this is very clear in every periodical they discharge. From city to country areas, from the cultured to the most foreign to the most deserted of locations, from happy proceedings to catastrophic ones, from home to the expert life, and spiritual and beyond, these people cover almost every bit of in sequence of every feature of this world. The photographic as well as journalistic excellence of National Geographic is truly undeniable.

Inside Glacier Caves Working with an expedition cruise company that sails to the world's most remote places like Alaska and the Arctic, Eric Guth is constantly surrounded by large bodies of ice. In fact, he gets to experience, first-hand, places like Antarctica like most of us have never done before. "The landscape and icebergs of Antarctica have captured my senses the most. Antarctica, being so remote and raw and unpredictable, also has a very gentle side. Circus Performers, 1899-1928 C. 1920s All pictures by F.W. Glasier First motorcycle, 1885 “In November 1885, Gottlieb Daimler installed a smaller version of an engine in a wooden bicycle, creating the first motorcycle (Patent 36-423impff & Sohn “Vehicle with gas or petroleum drive machine”). It was named the Reitwagen (“riding car”). Maybach rode it for three kilometers (two miles) alongside the river Neckar, from Cannstatt to Untertürkheim, reaching 12 kilometres per hour (7 mph).” - Wikipedia

Five simple steps to designing grid systems – Part 1 – July 4th, 2005 – The first part of this Five Simple Steps series is taking some of the points discussed in the preface and putting it to practice. Ratios are at the core of any well designed grid system.