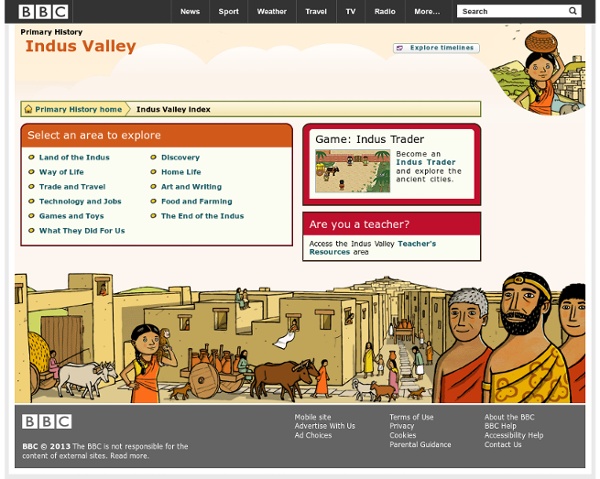 Indus Valley Civilization Collapse Fueled By Climate Change, Researchers Say By Charles Choi, LiveScience Contributor: The mysterious fall of the largest of the world's earliest urban civilizations nearly 4,000 years ago in what is now India, Pakistan, Nepal and Bangladesh now appears to have a key culprit — ancient climate change, researchers say. Ancient Egypt and Mesopotamia may be the best known of the first great urban cultures, but the largest was the Indus or Harappan civilization. This culture once extended over more than 386,000 square miles (1 million square kilometers) across the plains of the Indus River from the Arabian Sea to the Ganges, and at its peak may have accounted for 10 percent of the world population. The civilization developed about 5,200 years ago, and slowly disintegrated between 3,900 and 3,000 years ago — populations largely abandoned cities, migrating toward the east. "They had cities ordered into grids, with exquisite plumbing, which was not encountered again until the Romans," Giosan told LiveScience. Also on HuffPost:

World-wide Ancient Site Database, Photos and Prehistoric Archaeology News with geolocation : The Megalithic Portal and Megalith Map: Archaeologists unearth 5,000-year-old 'third-gender' caveman Archaeologists investigating a 5,000-year-old Copper Age grave in the Czech Republic believe they may have unearthed the first known remains of a gay or transvestite caveman, reports the Telegraph. The man was apparently buried as if he were a woman, an aberrant practice for an ancient culture known for its strict burial procedures. Since the grave dates to between 2900 and 2500 BC, the man would have been a member of the Corded Ware culture, a late Stone Age and Copper Age people named after the unique kind of pottery they produced. "From history and ethnology, we know that people from this period took funeral rites very seriously so it is highly unlikely that this positioning was a mistake," said lead archaeologist Kamila Remisova Vesinova. Another clue is that Corded Ware men would typically be buried alongside weapons, hammers and flint knives, as well as food and drink to prepare them for their journey to the other side.