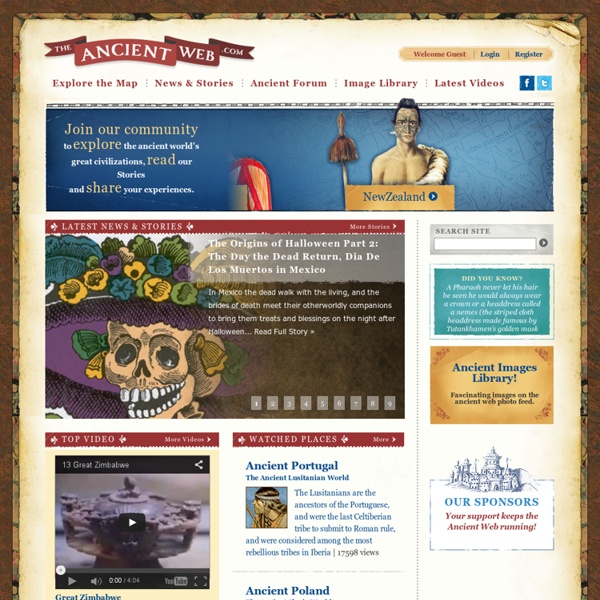 Medieval History Lectures: Dr. Lynn H. Nelson | Lectures in Medieval History | Professor Emeritus, Medieval History, University of Kansas | www.vlib.us/medieval Please take into consideration the purpose and audience for which the lecture notes listed above were written. For a good many years, I taught a three-credit-hour freshman survey entitled Introduction to Medieval History to enrollments of room-size - generally three hundred students. During those years, the University of Kansas maintained an open enrollment policy in which all graduates from accredited Kansas high schools were admitted to the University. Consequently, my lectures were both basic and episodic, concentrating on major events and topics that would prepare the students for further enrollments in Humanities courses and attempting to demonstrate that the study of History could be both useful and enjoyable. Those lectures entitled Thoughts on Reading . . . are an exception to this characterization. I might add that I assert no proprietary interest in these materials but offer them freely for public use.

The Beat - Instagram Photos and What's Around Them - by the Rutgers Social Media Information Lab About the Beat We use Instagram pictures users added to their map, and combine them with the corresponding Google StreetView location to help explore topics in a new way. Feel free to explore your own beat by putting a new topic in the search box. Privacy This project uses entirely public Instagram information, available from the Instagram API and viewable in various way in many other Instagram applications.Street addresses are only proximate, and the photo location is randomly altered within a small radius. Contact For press inquiries contact Ken Branson at kbranson AT ur.rutgers.edu. Credits This is a project of the Social Media Information Lab (SMIL), at the School of Communications and Information at Rutgers University, led by Mor Naaman. Read more about SMIL at sm.rutgers.edu or The app was built by Jerry Reptak (@JetFault) , Abe Stanway (@abestanway) , and Ian Jennings (@sw1tch). The Beat, Instagram and Your Privacy Protect Your Privacy Protecting Your Privacy on Instagram: A Guide

How Alexander Hamilton Saved a Nation | What Would The Founders Think? “The circulation of confidence is better than the circulation of money.” James Monroe As Americans celebrated New Year’s Day in 1790, the new nation’s economy was teetering on the brink of collapse. The newborn country might have failed, except the United States had three enormous assets that it had not possessed just ten months earlier. Hamilton’s goal was to renew confidence in the government, and “to promote the increasing respectability of the American name; to answer the calls of justice; to restore landed property to its due value; to furnish new resources both to agriculture and commerce; to cement more closely the union of the states; to add to their security against foreign attack; to establish public order on the basis of an upright and liberal policy.” Hamilton’s Plan worked like a charm. Economic collapse is not uncommon in world history. Alexander Hamilton saved a shaky nation. In January of 1981, the Misery Index was 19.33. James D.

The Ancient World Domestic Violence: Can your smartphone save your life? Erasing domestic violence with a swipe of the finger? There’s an app for that. From apps to combat cyberstalking and real life domestic abuse, to using existing popular Facebook features, hundreds of volunteer developers contributed their time and talent to create online solutions against domestic violence during a weekend hackathon spanning two continents. The leading cause of injury for women - more than car accidents, muggings and rapes combined - domestic violence claims more female victims than any of the main threats to women’s wellbeing in the world. Latin America -and Central America in particular - are no strangers to this issue. To further raise awareness of the challenge posed for the region, the first Domestic Violence hackathon took place across Central America and Washington DC January 26-27. Digital Solutions ‘In Guatemala, violence is a significant problem. A selection of the winning prototypes: A web app to combat cyber stalking, in Washington. What is the Bank doing?

Civil War Letters Collection Home » Civil War Letters Collection Tis hard to see the mighty prancing war horse, trampling the dying and dead beneath their merciless feet. No dear wife, near to speak a word of comfort. No living sister or Mother to administer relief in that hour the most sad in the history of humanity. O the humanity. A selection of original Civil War correspondence between soldiers from the battlefields and their family members and friends on the homefront. "The battle has been raging all day in the distance and I am unable to ascertain whether any thing has been gained or not. The letters and original writings have been transcribed as written, with no attempt to change spelling. About the Database The Civil War Letters Collection was created with the CONTENTdm software's innovative new program, JPEG 2000, which enables materials to be displayed in a higher quality, more usable online format.

Minoans Were European, Genetic Study Reveals | Ancient Civilizations The Minoans, the builders of Europe's first advanced civilization, really were European, new research suggests. The conclusion, published today (May 14) in the journal Nature Communications, was drawn by comparing DNA from 4,000-year-old Minoan skeletons with genetic material from people living throughout Europe and Africa in the past and today. "We now know that the founders of the first advanced European civilization were European," said study co-author George Stamatoyannopoulos, a human geneticist at the University of Washington. "They were very similar to Neolithic Europeans and very similar to present day-Cretans," residents of the Mediterranean island of Crete. While that may sound intuitive, the findings challenge a long-held theory that the ancient Minoans came from Egypt. First European Civilization The Minoan culture emerged on Crete, which is now part of Greece, and flourished from about 2,700 B.C. to 1,420 B.C. Genetic clues Ancient language?

Iran: A Crime on YouTube, an Execution in Public Two young men, Alireza Mafiha and Mohammad Ali Sarvari, were executed by hanging in Tehran, Iran in the early hours of January 20, 2013 before the eyes of public spectators [warning: graphic photos] who had gathered to watch, according to the Islamic Republic News Agency (IRNA). Crime and YouTube The hunt for the alleged muggers was given top priority after security camera footage was posted on YouTube towards the end of 2012 showing four youths on two motorbikes who ambushed a pedestrian, threatening him with a knife and taking his belongings. Four men were soon arrested and tried. Over a fistful of dollars Amirhadi from Tehran writes about this photo in his blog [fa]: Look at this photo, it is as if the accused has laid his head on the shoulder of the very agent who is to carry out the [death] sentence. Kill us. Spectator sport Reacting to the news, Dara writes in his blog called [fa] ‘Words from the depth of my heart‘:

The History Cooperative Viking History: Facts & Myths The Vikings were a seafaring people from the late eighth to early 11th century who established a name for themselves as traders, explorers and warriors. They discovered the Americas long before Columbus and could be found as far east as the distant reaches of Russia. While these people are often attributed as savages raiding the more civilized nations for treasure and women, the motives and culture of the Viking people are much more diverse. Many historians commonly associate the term “Viking” to the Scandinavian term vikingr, a word for “pirate.” The Viking Age references the earliest recorded raid in the 790s until the Norman Conquest of England in 1066. Error loading player: No playable sources found A Viking raid on the monks of Lindisfarne, a small island located off the northeast coast of England, marked the start of the Viking migration from Scandinavia in 793. The Vikings set up colonies on the west coast of Greenland during the 10th century. 1. 2. 3. 4. 5. Related:

H. G. Wells Herbert George "H. G." Wells (21 September 1866 – 13 August 1946)[3] was an English writer, now best known for his work in the science fiction genre. Wells's earliest specialised training was in biology, and his thinking on ethical matters took place in a specifically and fundamentally Darwinian context.[5] He was also from an early date an outspoken socialist, often (but not always, as at the beginning of the First World War) sympathising with pacifist views. Early life[edit] A defining incident of young Wells's life was an accident in 1874 that left him bedridden with a broken leg.[3] To pass the time he started reading books from the local library, brought to him by his father. No longer able to support themselves financially, the family instead sought to place their sons as apprentices in various occupations. Teacher[edit] H. H. He soon entered the Debating Society of the school. During 1888 H. Upon leaving the Normal School of Science, Wells was left without a source of income.