Michael Patrick Lynch: How to see past your own perspective and find truth 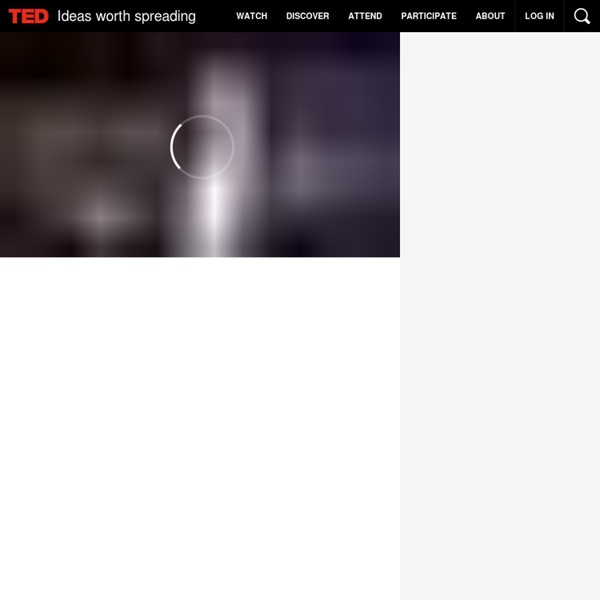 There is no middle ground for deep disagreements about facts Consider how one should respond to a simple case of disagreement. Frank sees a bird in the garden and believes it’s a finch. Standing beside him, Gita sees the same bird, but she’s confident it’s a sparrow. What response should we expect from Frank and Gita? If Frank’s response were: ‘Well, I saw it was a finch, so you must be wrong,’ then that would be irrationally stubborn – and annoying – of him. (The same goes for Gita, of course.)

10 Ways to Spot a Fake News Article - EasyBib Blog For many of us, 2016 is going down as a year to forget. Election upsets, Zika, the Syrian crisis, and unfortunately tons of fake news about all of the above and everything in between. Denzel Washington was recently quoted as saying, “If you don’t read the newspaper, you’re uninformed. If you do read the newspaper, you’re misinformed.” So what should you do? You want to be informed, but a good deal of the information out there is incorrect or biased.

Did a Black Woman Named Malinda Borden Perish Because Titanic's Lifeboats Were 'Whites Only?' A photograph purportedly showing a woman named “Malinda Borden” is frequently shared on social media along with the claim that she had worked aboard the RMS Titanic and drowned at sea when that ship sank on its maiden voyage, as lifeboat seats were only made available to white passengers. Her name, according to the viral Facebook post, was nearly lost to history because the black workers who perished during the disaster were listed as property that was lost, rather than being included in the list of victims: <img class="aligncenter size-full wp-image-186737" src=" alt="" data-recalc-dims="1">TITANIC VICTIM MALINDA BORDEN was drowned at sea as she was working aboard the Titanic. Life boats were made available to WHITE women and WHITE children ONLY. The Black workers were not listed among the passengers or victims.

NewsFeed Defenders Our new media literacy game teaches players how to detect and disregard disinformation and misinformation in today’s chaotic environment. Learning Objectives Identify markers of verification, transparency, accountability, and independence in news stories.Define and identify problematic news items, and other news-related types of misinformation.Explain a variety of strategies to verify images and information.Evaluate text for bias based on word choices and framing methods.Use third-party information to judge the credibility of a source.Evaluate the benefits and challenges of digital news and social media to a democratic society. Teacher Extension Pack Don't be fooled by fake images and videos online One month before the 2016 U.S. presidential election, an “Access Hollywood” recording of Donald Trump was released in which he was heard lewdly talking about women. The then-candidate and his campaign apologized and dismissed the remarks as harmless. At the time, the authenticity of the recording was never questioned. Just two years later, the public finds itself in a dramatically different landscape in terms of believing what it sees and hears. Advances in artificial intelligence have made it easier to create compelling and sophisticated fake images, videos and audio recordings.

Media Bias Chart, 3.1 Minor Updates Based on Constructive Feedback - ad fontes media So why is it time for another update to the Media Bias Chart? I’m a strong believer in changing one’s mind based on new information. That’s how we learn anyway, and I wish people would do it more often. The 12 cognitive biases that prevent you from being rational The human brain is capable of 1016 processes per second, which makes it far more powerful than any computer currently in existence. But that doesn't mean our brains don't have major limitations. The lowly calculator can do math thousands of times better than we can, and our memories are often less than useless — plus, we're subject to cognitive biases, those annoying glitches in our thinking that cause us to make questionable decisions and reach erroneous conclusions. Here are a dozen of the most common and pernicious cognitive biases that you need to know about.

Meet the man who makes fake news for millions of conservative Trump supporters The only light in the house came from the glow of three computer monitors, and Christopher Blair, 46, sat down at a keyboard and started to type. His wife had left for work and his children were on their way to school, but waiting online was his other community, an unreality where nothing was exactly as it seemed. He logged onto his website and began to invent his first news story of the day. Is NASA Planning to Geoengineer Yellowstone’s Supervolcano Threat Away? Despite repeatedly claiming that the Yellowstone caldera does not pose a super-eruption risk in our lifetimes, NASA has admitted the threat is real and is working to geoengineer a solution to negate that risk. In the realm of of science-based clickbait, no topic is more reliable for delivering page views and social media shares than claims that the pool of magma sitting below Yellowstone National Park is about to erupt in a humanity-ending cataclysm. As we have repeatedly, exhaustingly, and redundantly reported, the likelihood of that mega-disaster’s occurring in the next couple of thousand years is extremely low, and the region is monitored continuously for threatening activity which would provide ample warning if that situation were to change for some currently unknown reason. A perfect example of the pervasiveness of this claim (and, perhaps, the futility of fact-checking it), comes from the apocalypse-oriented website Breaking Israel News. The reference to a “100 ft.