What you can do to prevent Alzheimer's 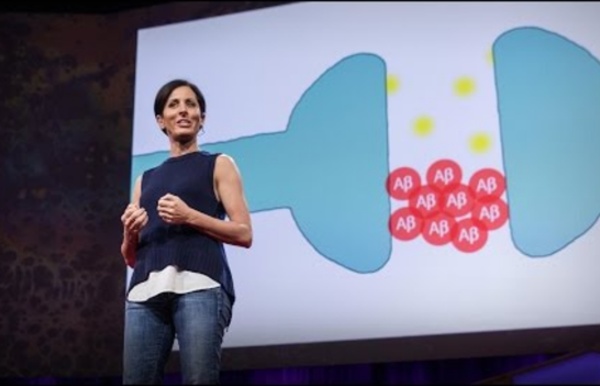 Memory Loss & 10 Early Signs of Alzheimer’s Alzheimer's is a brain disease that causes a slow decline in memory, thinking and reasoning skills. There are 10 warning signs and symptoms. If you notice any of them, don't ignore them. Schedule an appointment with your doctor. One of the most common signs of Alzheimer’s disease, especially in the early stage, is forgetting recently learned information. What are the early signs and symptoms of dementia? Worried about problems with your memory? Concerned about the increasing forgetfulness of a partner, parent or family member? Here’s how to spot the first symptoms of dementia While everybody can experience a momentary slip of memory – misplaced keys or a forgotten name – if you or someone you know is repeatedly suffering particular memory problems, it may be worth taking note of the symptoms. And while it may not be caused by Alzheimer’s disease, vascular dementia or other neurodegenerative problems, it may be worth getting it checked out in case there is an underlying health problem that’s causing the memory loss.

Alzheimer's and Dementia Resources for Professionals Get Tools and Training for Your Practice Access free clinical practice tools, training materials, and more resources for physicians, nurses, social workers, and other professionals. Tools for Assessment, Diagnosis, Treatment, and Management Lifestyle Changes to Prevent Dementia "Get enough sleep, eat right and go out to play!" This advice might bring back memories of childhood or of parenting, but it's also a good prescription for a lifetime of brain health. Getting enough sleep, exercise, healthy food and time with friends all help protect the brain's health — and are on the top 10 list of brain health activities recommended by the Alzheimer's Association. Exercise Exercise might be the single most important thing people can do to improve their body and brain health.

Understanding dementia – Alzheimer's Disease Association Dementia is an illness which affects the brain, causing the brain cells to die at a faster rate than normal. It is NOT normal ageing. As a result, the mental abilities of the person with dementia declines. This leads to failing memory, deterioration of intellectual function and personality changes. We Need New Biomarkers for Alzheimer's Disease Alzheimer’s disease is the sixth leading cause of death in the United States, and the only one that can’t be prevented or slowed. Unlike cancer and heart disease, we currently lack both the tools to easily diagnose Alzheimer’s and the medications to effectively treat it. There are many reasons for this. Memory screening for those who keep forgetting things, Health News Being forgetful can simply be a reflection of ageing - but it can also spell something more sinister. It may, for instance, point to a heightened risk of getting dementia down the line. People who have memory- related or cognitive problems - such as in making decisions or judging the steps needed to carry out a complex task - may benefit from a memory screening test. Memory screening is like a health check-up for the brain. It can help uncover the possible reasons behind difficulties associated with remembering things and other cognitive functions, said Dr Kinjal Doshi, principal clinical psychologist at the neurology department of the Singapore General Hospital (SGH). Memory screening is usually done in hospitals.

Preventing Memory Loss With Aging She could deal with constantly forgetting her shopping list, and she'd made a habit of writing down where she'd parked her car, each and every time. But in her mid-50s, Janis Mara's memory problems started costing her money. Late fees began piling up because she forgot to pay her bills.

Symptoms & Treatments Vascular dementia is a decline in thinking skills caused by conditions that block or reduce blood flow to the brain, depriving brain cells of vital oxygen and nutrients. About vascular dementia Inadequate blood flow can damage and eventually kill cells anywhere in the body. Rhythm of Breathing Affects Memory and Fear Summary: A new study reports the rhythm of your breathing can influence neural activity that enhances memory recall and emotional judgement. Source: Northwestern University. Breathing is not just for oxygen; it’s now linked to brain function and behavior. Northwestern Medicine scientists have discovered for the first time that the rhythm of breathing creates electrical activity in the human brain that enhances emotional judgments and memory recall. These effects on behavior depend critically on whether you inhale or exhale and whether you breathe through the nose or mouth.