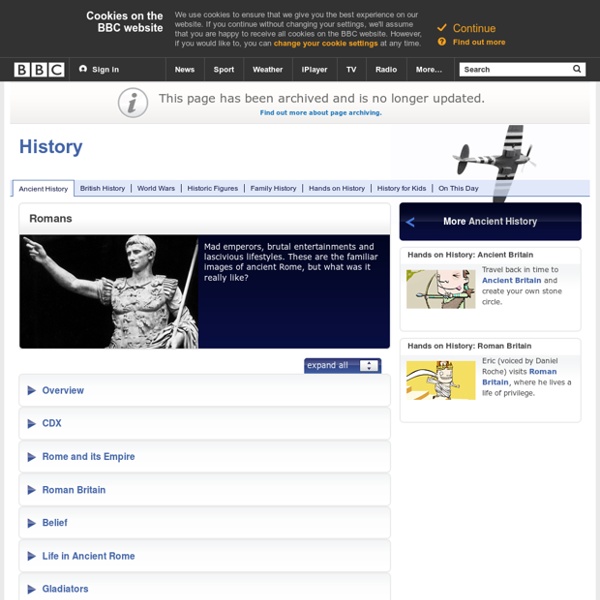 English Vocabulary Derived from Latin - Page 1 This section of EnhanceMyVocabulary.com is all about learning vocabulary derived from Latin Sixty percent of the English language comes from Latin. In this section of Enhance My Vocabulary, you'll find many examples of Latin words and the English words derived from them. This is not an exhaustive list but will give you a good feel for the Latin roots of English. Challenge yourself to think of more English words that may have come from these Latin roots, and then check a dictionary to confirm the derivation. In her memoir, When All the World Was Young, Barbara Holland wrote that Latin was "the scalpel in my hand for dissecting English."   Roman Entertainment As of July 1, 2013 ThinkQuest has been discontinued. We would like to thank everyone for being a part of the ThinkQuest global community: Students - For your limitless creativity and innovation, which inspires us all. Teachers - For your passion in guiding students on their quest.

sgreaser - Ancient Rome Webquest Student Web Activity"Ancient Greece and Rome"Introduction In this unit, you have learned about the history and cultures of Europe. More than 2,000 years ago, Ancient Greece and Rome laid the foundations of European civilization. The Ancient Greeks created the first democratic constitution in the city-state of Athens. The Romans developed the ideas of a republic and a system of justice that still influence governments today. In fact, the founders of the United States used these ideas as a basis for the U.S. Top 10 Myths About the Romans History For many, the only exposure to Ancient Rome comes from what they have seen in the movies or on television. Unfortunately, films like Gladiator, Spartacus, Barabbas, and Demetrius and the Gladiators don’t present a very accurate depiction of life in Rome and the arena. Considering the fact that the Roman Empire existed for so long, and so much of our own Western society has derived from it, it is no surprise that we all have at least one or two misconceptions about the Empire and its people. For this reason, we have put together a list of the most misconceptions people hold about the Ancient Roman society and customs.

Roman Numerals - How to Write Roman Numerals To make Roman numerals, we use seven letters from the alphabet. The letters, which are always capitalized, are I, V, X, L,C,D, and M. The table below shows you the value for each of these numerals. Photolog: British Museum Royal Lion Hunt bas-relief details, Mesopotamian Collection ‘Photolog’ is a new series of posts with predominant focus on photographs rather than text. I’ll be posting a selection of images from my photographic endeavors that are mostly around travel, nature, landscape and urban photography. Starting with one of the world’s greatest museums of human history and culture the British Museum London.

Ancient Rome Web Quest You will use the following links/pages to complete the Ancient Rome Web Quest. Part I: Rome’s Pivotal Emperors Use the link to answer the following questions. 1.) How did Augustus become emperor of Rome? 2.) Ancient Roman History Timeline Provides a chronological index of the history of Ancient Rome with extensive links to internet resources. Emphasis is placed upon the use of primary source material, numismatics, and a focus upon the roles of women in ancient time. scroll down for the timeline Thank you for visiting!

History of Ancient Rome for Kids: Roman Food, Jobs, Daily Life History >> Ancient Rome A Typical Day A typical Roman day would start off with a light breakfast and then off to work. Work would end in the early afternoon when many Romans would take a quick trip to the baths to bathe and socialize. At around 3pm they would have dinner which was as much of a social event as a meal. Stone Age Poison Pushes Back Dawn Of Ancient Civilization 20,000 Years By: Stephanie Pappas, LiveScience Senior Writer Published: 07/30/2012 03:08 PM EDT on LiveScience The late Stone Age may have had an earlier start in Africa than previously thought — by some 20,000 years. A new analysis of artifacts from a cave in South Africa reveals that the residents were carving bone tools, using pigments, making beads and even using poison 44,000 years ago. These sorts of artifacts had previously been linked to the San culture, which was thought to have emerged around 20,000 years ago.