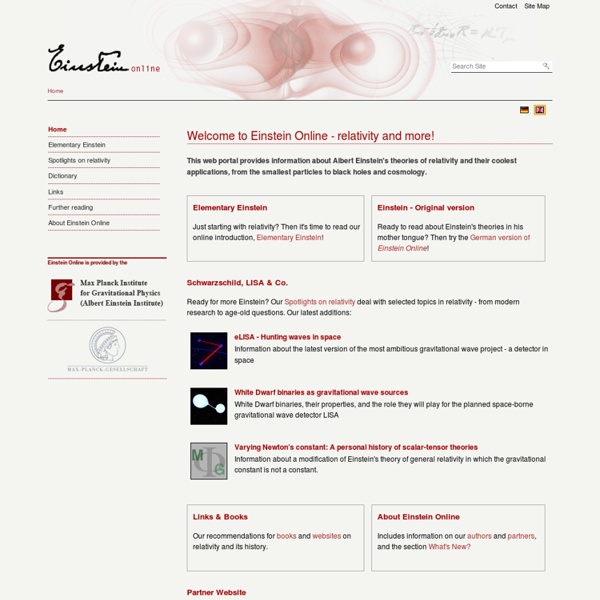 Practical Physics This website is for teachers of physics in schools and colleges. It is a collection of experiments that demonstrate a wide range of physical concepts and processes. Some of the experiments can be used as starting-points for investigations or for enhancement activities. Many have links to carefully selected further reading and all include information and guidance for technicians. Physics is a practical science. Practical activities are not just motivational and fun: they can also sharpen students’ powers of observation, stimulate questions, and help develop new understanding and vocabulary. Good quality, appropriate physics experiments and investigations are the key to enhanced learning, and clarification and consolidation of theory. We have published a new set of resources to support the teaching of practical science for Key Stages 3-5.

Journal of Cosmology "Invitation" to publish does not guarantee acceptance. All articles are peer reviewed. Approximately 30% of invited articles have been rejected. Approximately 50% of invited articles have been rejected then revised and then resubmitted following peer review, and then accepted. Approximately 20% of invited articles have been accepted without suggested revisions following peer review. Approximately 80% of all articles submitted without invitation, have been rejected. Peer Review The Journal of Cosmology welcomes great ideas. Authors should submit the names, affiliations, and email addresses of 5 scientists qualified to review their paper. All papers are reviewed anonymously by at least two referees who are experts in the field in question. If reviewers suggest publication pending revision, authors will be invited to revise and resubmit the manuscript and to address and respond to criticisms and suggestions by the referees. Papers rejected by both referees cannot be revised and resubmitted. 1).

Wilkinson Microwave Anisotropy Probe (WMAP) Physics and Astronomy Online Portal What is Relativity? Albert Einstein was famous for many things, but his greatest brainchild is the theory of relativity. It forever changed our understanding of space and time. What is relativity? Succinctly put, it is the notion that the laws of physics are the same everywhere. We here on Earth obey the same laws of light and gravity as someone in a far off corner of the universe. The universality of physics means that history is provincial. It's all relative. Special relativity Einstein's theory is divided into special and general relativity. Special relativity came first and is based on the speed of light being constant for everyone. Einstein came to this conclusion in 1905 after experimental evidence showed that the speed of light didn't change as the Earth swung around the Sun. This result was surprising to physicists because the speed of most other things does depend on what direction the observer is moving. Perhaps even weirder, time passes slower the faster one goes. Mass, too, depends on speed.