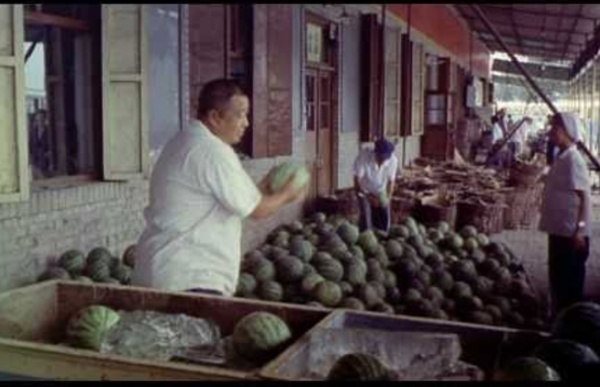 How ‘certified organic’ went corporate Michael J. Potter is one of the last little big men left in organic food. Eden Foods is one of the last independent organic food producers in an industry dominated by large corporations. More than 40 years ago, Potter bought into a hippie cafe and “whole earth” grocery here that has since morphed into a major organic foods producer and wholesaler, Eden Foods. But one morning last May, he hopped on his motorcycle and took off across the Plains to challenge what organic food — or as he might have it, so-called organic food — has become since his tie-dye days in the Haight district of San Francisco. The fact is, organic food has become a wildly lucrative business for Big Food and a premium-price-means-premium-profit section of the grocery store. Bear Naked, Wholesome & Hearty, Kashi: All three and more actually belong to the cereals giant Kellogg. All of which riles Potter, 62. “Someone said, ‘Thank you,”‘ Potter recalls. And that was that. “The board is stacked,” Potter says. Miles V.

Forks Over Knives La santé dans l’assiette | STREAMING Why Calorie Counts Are Wrong: Cooked Food Provides a Lot More Energy | The Crux by Richard Wrangham, as told to Discover’s Veronique Greenwood. Wrangham is the chair of biological anthropology at Harvard University, where he studies the cultural similarities between humans and chimpanzees—including our unique tendencies to form murderous alliances and engage in recreational sexual activity. He is the author of Catching Fire: How Cooking Made Us Human. When I was studying the feeding behavior of wild chimpanzees in the early 1970s, I tried surviving on chimpanzee foods for a day at a time. I learned that nothing that chimpanzees ate (at Gombe, in Tanzania, at least) was so poisonous that it would make you ill, but nothing was so palatable that one could easily fill one’s stomach. About 25 years later, it occurred to me that my experience in Gombe of being unable to thrive on wild foods likely reflected a general problem for humans that was somehow overcome at some point, possibly through the development of cooking. But the Atwater Convention has two big flaws.

What if It's All Been a Big Fat Lie? If the members of the American medical establishment were to have a collective find-yourself-standing-naked-in-Times-Square-type nightmare, this might be it. They spend 30 years ridiculing Robert Atkins, author of the phenomenally-best-selling ''Dr. Atkins' Diet Revolution'' and ''Dr. Atkins' New Diet Revolution,'' accusing the Manhattan doctor of quackery and fraud, only to discover that the unrepentant Atkins was right all along. Or maybe it's this: they find that their very own dietary recommendations -- eat less fat and more carbohydrates -- are the cause of the rampaging epidemic of obesity in America. When Atkins first published his ''Diet Revolution'' in 1972, Americans were just coming to terms with the proposition that fat -- particularly the saturated fat of meat and dairy products -- was the primary nutritional evil in the American diet. Thirty years later, America has become weirdly polarized on the subject of weight.

New Research Shows Poorly Understood “Leaky Gut Syndrome” Is Real, May Be the Cause of Several Diseases Russian spy-watcher Andrei Soldatov on Snowden’s strange behavior in Russia, the Nemtsov assassination, and signs of a power struggle in Putin’s inner circle. Andrei Soldatov’s beat is Russian spies, which is a hot topic for a new cold war. As editor of agentura.ru, an online “watchdog” of Putin’s clandestine intelligence agencies, he has spent the last decade reporting on and anatomizing the resurrection of the Russian security state, from KGB-style crackdowns on dissent at home to adroit or haphazard assassinations abroad. Most recently, Soldatov and his coauthor and collaborator Irina Borogan broke serious news about the extent to which the Federal Security Service (FSB) was surveilling and eavesdropping on everyone within slaloming distance of the 2014 Sochi Winter Olympics. Weiss: You’ve no doubt seen the CNN report about Russian hackers infiltrating White House computers and obtaining President Obama’s personal schedule. Soldatov: Reportedly, it took months. [Soldatov nods.]

Psychologists Have Uncovered a Troubling Feature of People Who Seem Nice All the Time This week, a Texas mother pointed out that a high school geography textbook was painting a misleading picture of slavery — and the publisher acknowledged she was right and immediately moved to correct the text. Mother Roni Dean-Burren was surprised to learn McGraw Hill Education's ninth-grade textbook World Geography seemingly lacked any reference to the brutal conditions endured by black people captured and sold in the Atlantic slave trade, BuzzFeed reports. Her concerns were subsequently mirrored by tens of thousands of Facebook users. The questionable section of the textbook, titled "Patterns of Immigration," reads "The Atlantic slave trade between the 1500s and the 1800s brought millions of workers from Africa to the southern United States to work on agricultural plantations." In a video posted to Facebook, Dean-Burren explained precisely what was wrong with that section — the term "worker" omits mention of the vile, coercive nature of slavery.

Cancer therapy using sodium bicarbonate The fundamental reason and the motives that suggest a therapy with sodium bicarbonate against tumours is that, although with the concurrence of a myriad of variable concausal factors – the development and the local and remote proliferation of these tumours has a cause that is exclusively fungin. At the moment, against fungi there is no useful remedy other than, in my opinion, sodium bicarbonate. The anti-fungins that are currently on the market, in fact, do not have the ability to penetrate the masses (except perhaps early administrations of azoli or of amfotercin B delivered parenterally), since they are conceived to act only at a stratified level of epithelial type. They are therefore unable to affect myceliar aggregations set volumetrically and also masked by the connectival reaction that attempts to circumscribe them. We have seen that fungi are also able to quickly mutate their genetic structure.

Scientific Evidence that Cannabis Cures Cancer “Clearing the Smoke – The Science of Cannabis” reveals how cannabis acts on the brain and in the body to treat nausea, pain, epilepsy and potentially even cancer. Extensive interviews with patients, doctors, researchers and skeptics detail the promises and the limitations of medicinal cannabis. Even though the video has an American perspective, marijuana use is illegal throughout many countries of the world for reasons that are not clear. This video is important because it mainly investigates the scientific basis underlying the medical benefits of marijuana use instead of focusing on the social, political and legal hysteria that have been attached to it. The paper mentioned in this video, Marihuana Reconsidered, was published in book form. Copyright Disclaimer, Under Section 107 of the Copyright Act 1976, allowance is made for ‘fair use’ for purposes such as criticism, comment, news reporting, teaching, scholarship, and research.

This “Futuristic” Molecular Scanner Will Tell You About Your Food, Even Before You Buy It! Shopping at the grocery store will never be the same. This star trek looking device allows you to get instant relevant information about the chemical make-up of just about anything around you, sent directly to your smartphone. Out of the box, when you get your SCiO, you’ll be able to analyze food, plants, and medications. For example, you can: Get nutritional facts about different kinds of food: salad dressings, sauces, fruits, cheeses, and much more.See how ripe an Avocado is, through the peel!

Physicists have quantum teleported a particle of light across 25 kilometres Scientists have successfully teleported the quantum state of a photon to a crystal over 25 kilometres of optical fibre, showing that information can be teleported from light into matter. Crystals containing photonic information teleported over 25 kilometres. Image: University of Geneva The breakthrough was made by a team at the University of Geneva, and according to their press release, the results prove “that the quantum state of a photon can be maintained whilst transporting it into a crystal without the two coming directly into contact". Quantum teleportation involves moving tiny bits of data from one place to another instantly, through a phenomenon know as quantum entanglement. Researchers are fascinated by quantum teleportation because it could revolutionise the way we carry and transmit data. In this new experiment, the physicists took two entangled photons and sent one along 25 kilometres of optical fibre, while the other was sent to a crystal, which stored its information.

Epistemic closure knows , and knows that entails , then can thereby come to know . On the other hand, some epistemologists, including Robert Nozick, have denied closure principles on the basis of reliabilist accounts of knowledge. A subject may not actually believe , for example, regardless of whether he or she is justified or warranted. Justificatory closure[edit] In the seminal 1963 paper, “Is Justified True Belief Knowledge?” Why doesn't Gettier's principle (PDJ) hold in the evidential situation he has described? Epistemic closure in U.S. political discussion[edit] See also[edit] References[edit] External links[edit]

The Beginner's Guide to the Paleo Diet So you wanna learn about the Paleo Diet, eh? Here’s the ENTIRE diet in a nutshell: If a caveman didn’t eat it, neither should you. Now, obviously there’s more to it than that, and that’s what I’m going to cover in great detail with this article today. When you are following the Paleo Diet, you can eat anything we could hunt or gather way back in the day – things like meats, fish, nuts, leafy greens, regional veggies, and seeds. Sorry, the pasta, cereal, and candy will have to go! And instead of counting calories and perfectly partitioned portions (say THAT three times fast), you’ll be focusing on eating the right foods instead. And that makes me happy, because I hate counting calories. I don’t like keeping track of how much I’ve eaten or obsessing over how many grams of a particular nutrient I’ve had. Now, this article is SUPER long, so we took the liberty of converting it into a nicely designed guide for easy consumption (not literal consumption, unless you print it on bacon). Ready? Nope.