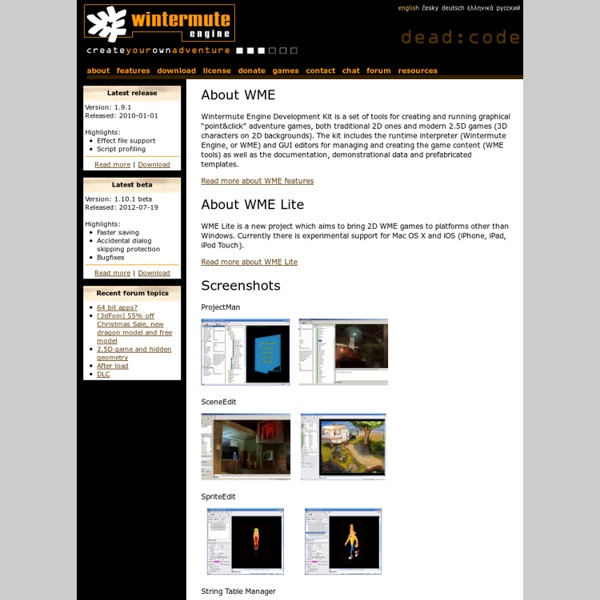 Unity - Store Unity Technologies values the immense contribution educators and educational institutions make to developing the gaming and 3D content industries and in helping talented young people realise their ambitions. We do all we can to support you through: Discounted Unity licenses for schools, students, faculty and staff A program of free tutorial videos and sample projects to support learning Free online training sessions Discounted student tickets to Unity's Unite developer conferences Extensive, practical and helpful documentation A vibrant community of committed users keen to team up and offer advice Contact us or a reseller near you for pricing information or to acquire educational licenses. Don't miss out For students, faculty and staff who qualify, discounted Unity licenses are available. Contact Us Small teams make great content We love young innovators Unity's product portfolio is geared to helping independent developers. Teach any form of 3D content development Easy to learn easy to use

Construct 2 the HTML5 Game Maker Bertram Fiddle Greetings. Today it is the turn of I, Seb, to try and explain how the team are translating my garbled ideas into a playable game. Coming from a background in animation I’ve been finding it interesting (and a little bit confusing) adapting my story so that it works as an interactive narrative. With animation we control everything in a scene to build the tension, heighten excitement or (most importantly for me) time the gags. Ideas and storylines which make perfect sense on paper to me suddenly don’t work because a player won’t necessarily do what I assume they should. For me story and characters are most important in any media, whether it is a book, film, game or TV show. A perfect example of this is the game Machinarium by Amanita Design. In the same way we want to create a rich and immersive world. Bertram lives in Victorian London in 1884. As the World’s Leading Victorian Explorator he’s adventured in the Himalayas, Africa, Siberia, South America, The Arctic, Underwater and Belgium.

Classic Mac Games Ported to Mac OS X I've noticed some classic Mac games being ported to Mac OS X lately. There are various lists of classic Mac games on the web, but I didn't see any list of classic Mac games ported to Mac OS X. Something not existing on the Internet??! Horrors no! I'm sure my list is far from complete, so please post a comment here if you know of anything I don't. Enjoy! After Dark - [Added Oct-06-2005] OS X version of the original screen saver! Apeiron - The most addictive version of Centipede I've ever played. Dome Wars - The Mac artillery game, which is much like Scorched Earth. Klondike - The original Mac solitaire game. Glider Pro - A truely original classic! Glypha - I never really liked this Joust clone nearly as much as the original, but it is still a classic Mac game. LittleWing Pinball - The makes of the most awesome computer pinball games ever have ported Crystal Caliburn and Loony Labyrinth to Mac OS X. Maelstrom - This sprite-based Asteroid clone put Ambrosia on the map.

Paamayim/adventure · GitHub Piano Intro Song (The Oh Song) | ZyaMusic Home - Fungus Welcome Adventure Creator | ICEBOX Studios Adventure Creator is a fully-featured Unity extension that takes the headache out of creating your own adventure games. It's flexible design allows for traditional 2D point-and-clicks like Monkey Island, cinematic epics like Telltale's The Walking Dead, 2.5D games like The Longest Journey and even first-person games like Normality. Game designer? Adventure Creator is available for both Unity Free and Unity Pro on the Asset Store, and publishes to PC, Mac, Linux, iOS and Android. NO CODING - Make a complete adventure game - with characters, puzzles, cutscenes, menus and saving - all from within Unity.

n64js - An N64 Emulator in Javascript Status Some early N64 games are running now, and the framerate is improving steadily. Here's a rough feature matirx showing what's been implemented: Supported Browsers I did some quick testing on OSX 10.8: WebGL is required, which places certain restrictions on which GPUs the emulator will work with. Tweet me if you have any additional info. Known Issues There's lots of issues right now with slow performance, graphics glitches, unsupported opcodes, emulation bugs. Controls Origins n64js is based on Daedalus, an emulator I started writing while I was at university under a pseudonym of StrmnNrmn. Thanks Jan-Christoph Borchardt - better keyboard mapping for QWERTZ keyboards.