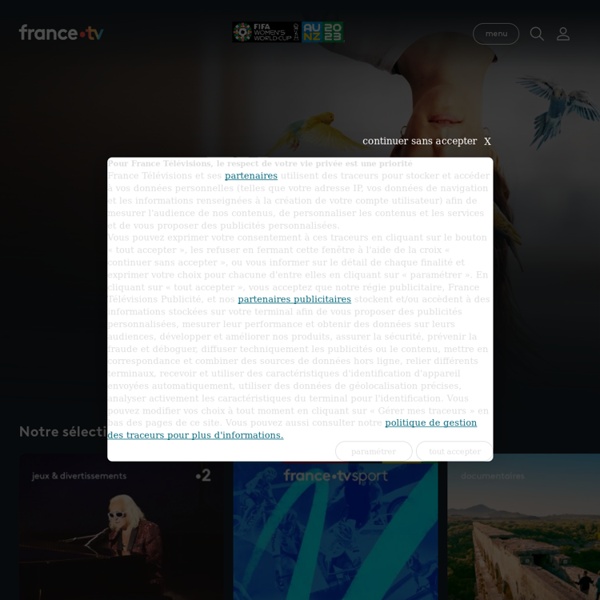 Comics in the Classroom: 100 Tips, Tools, and Resources for Teachers By Kelsey Allen Gone are the days of children sneaking comics past diligent parents and teachers watching out for sub-par literature. The comics of today not only have plenty to offer, they are gaining well-deserved recognition and awards. Selected Wallpapers Creative wallpapers can serve as a nice source of inspiration. Particularly if you are having another creativity block, but don’t really have enough time to take a walk or browse through Flickr pools1. However, it isn’t easy to find some really nice wallpapers – the choice is too big, and there are simply too many sources. French TV for listening practice - Kwiziq French Blog A great source of French listening practice is television. In some ways, it’s better than listening to news on the radio or even audio created for French learners because the language is much more authentic. For example, there will be slang and lazy pronunciation, both of which will help train your ear for talking to French people in real life, rather than just chatting with your teacher and classmates. How to access French TV

Store - France Regulations As a member of the European Union, France is part of the European Customs Union and must implement the European Common Commercial Policy. The 27 EU member states have eliminated customs barriers among themselves. France does not levy duties on goods from other EU countries, or on industrial goods from other member states of the European Economic Area (EEA; the EU plus Iceland, Liechtenstein and Norway) and Switzerland. Special arrangements exist for imports from the following: non-EU Central and Eastern Europe; the Balkans; the countries of the Mediterranean basin; nations in Africa, the Caribbean and the Pacific; and other developing countries. The latest version of the EU Customs Code was published in May 2008, but will take effect progressively along with the introduction of implementing rules related to paperless customs clearance. It should be fully in force by mid-2013.

How to run effective discussions "How do I know what I think till I see what I say?" That's just as true for your pupils as it was for Alice in Wonderland - especially when they're exploring their feelings and developing a greater understanding of the issues we address in tutorials and in personal, social and health education sessions. Pupils need opportunities to try out their opinions in public, to see how they stand up in the context of new information and in the light of other people's views. And it's the teacher's job to create the opportunities for that to happen. Certainly, a well- managed group discussion is a powerful tool for learning. Of course, effective group discussion doesn't just happen - you have to manage it.To do that, you'll need to:

DmiPeople People Edit | Attach | Print version | History: r22 < r21 < r20 < r19 | Backlinks | View wiki text | Edit wiki text | More topic actions Topic revision: r22 - 11 Nov 2015 - 14:46:28 - Jonathan Gray A Christmas Carol To view the details of an annotation, use the '+' sign to expand an entry. If an entry is in boldface, this indicates it is also a link; clicking on those words will open the associated link for your view. (+) A Christmas Carol, Genre Research Before Reading Activity Norr, Jenna.