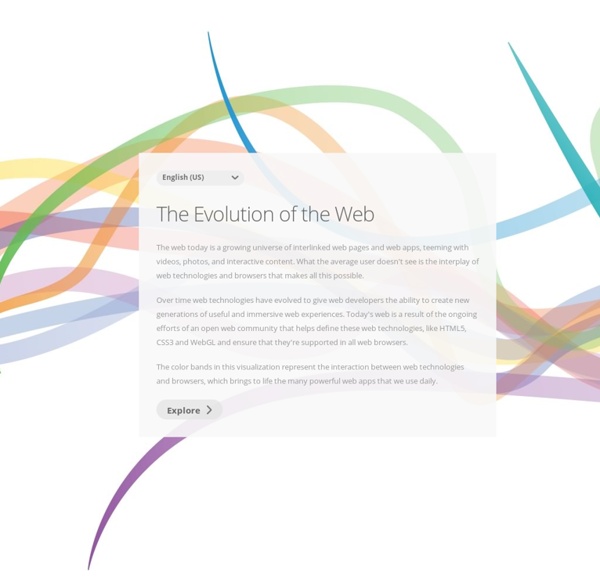 FRAGMENTS if you missed it... - YUKSEK _ On my way... Mardi 30 mars 2010 2 30 /03 /Mars /2010 01:12 Artists are always asked some mix for radio shows, webzines... Short ones, then longer ones, then... there's always a new brief to make what finally appears to be quite the same thing. Wink - [Homepage] Here is a sample Flash tutorial created by Wink. Click the green arrow button to start viewing it. --------> This is a good example of how you can create tutorials in Wink, by capturing screenshots, mouse movements and specifying your own explanations with them. And all this in a standard Windows-based UI with drag-and-drop editing makes it very easy to create high quality tutorials/documentation.

Social Thievery: Will Your Tweets Get You Robbed? [INFOGRAPHIC] Social networks are an information gateway that allow people to share and connect in ways that were never previously possible. They can also be a pretty clever way to rob your neighbors. Burglars are starting to realize the criminal possibilities of social media. For example, Foursquare or Facebook can show when somebody is away from their home or traveling for the weekend. eCommerce - Responsive Dress Store PrestaShop Theme - InStyle Checkout Instyle for other platforms: Look for different styles: Check out our other templates. Presthemes proudly introduce one of the finest Prestashop templates for online fashion store – InStyle. Presthemes InStyle has an amazing look which brings visitors exciting feel.

Blogging With Octopress It’s been almost two years since this blog last changed significantly, and in that time I’ve become a bit dissatisfied with it for a few reasons: WordPress is excellent, but it’s over-featured for what I need, and its PHP/MySQL guts are opaque. I don’t really like the idea of all my writing being inside a big database either; it’s a single point of failure, and that makes me uneasy.Despite using various caching plugins (WP-supercache, W3 Total Cache, DBCache Reloaded), the site still became very unresponsive during the several fireballs I’ve had.I’ve become increasingly invested in a philosophy of simplicity and portability. I do all my writing in the Markdown format, for example, and I value software that’s laser-focused and as purposeful as possible (that’s why I do most of my work in BBEdit). For all these reasons, I’ve decided to make a change: this blog is now entirely static HTML, or is “baked” as the term seems to be. A few points of note:

Occupy Design: Visual Tools for the 99 Percent - Design Launch Slideshow Last weekend, San Francisco, New York, and Washington, D.C. hosted spontaneous "Hackathons" to brainstorm how to use various platforms to help Occupy Wall Street. One of the ideas hatched was Occupy Design, a new website that gives a "visual language" to protesters across the country. Jake Levitas, a designer from San Francisco who's heading up the project, says it's a chance to fight back at media who characterize the movement as directionless. "These are people who have valid concerns grounded in reality and grounded in data that can be communicated visually," Levitas says. "If we get these signs on CNN instead of the ones that say 'Screw capitalism' on a piece of cardboard," viewers don't see a generic grievance but "exactly how people are being screwed and by how much.

Social Consumers and the Science of Sharing [INFOGRAPHIC] If you're buying a car, do you check Facebook? Or do you read up on Kelley Blue Book values and scour the company website for every spec, from horsepower to miles per gallon? What about music — do you check Top 40 radio charts or scope out what your Facebook friends are actually listening to on Spotify? Existential Risk Prevention as a Global Priority ABSTRACT: Existential risks are those that threaten the entire future of humanity. Many theories of value imply that even relatively small reductions in net existential risk have enormous expected value. Despite their importance, issues surrounding human-extinction risks and related hazards remain poorly understood.