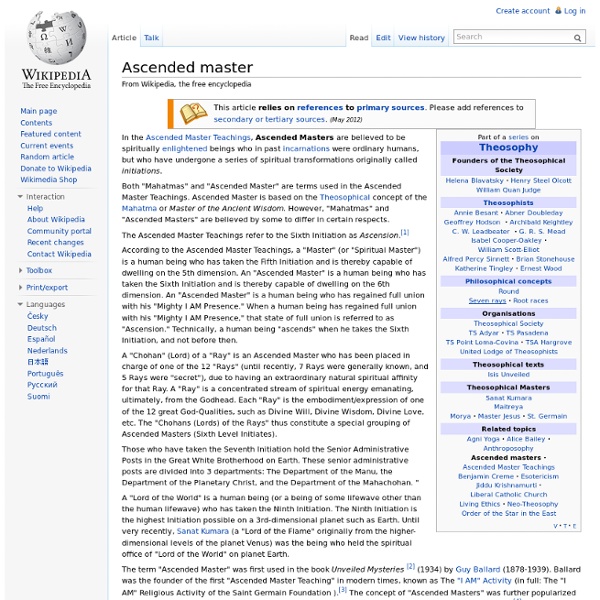 Jewish mythology Jewish mythology is the sacred and traditional narratives that help explain and symbolize Judaism. Elements of Jewish mythology have had a profound influence on Christian and Islamic mythology, as well as world culture in general. Christian mythology directly inherited many of the narratives from the Jewish people, sharing in common the narratives from the Old Testament. Islamic mythology also shares many of the same stories; for instance, a creation account spaced out over six periods, the legend of Abraham, the stories of Moses and the Israelites, and many more. Tanakh[edit] Jewish mythology contains similarities to the myths of other Middle Eastern cultures. The Biblical prophets, including Isaiah, Ezekiel, and Jeremiah, had a concept of the divine that differed significantly from that of the nature religions. "the sun, moon, stars, sky and earth are not gods in their own right, hostile to Yahweh. Zoroastrian influence[edit] R. Linear history[edit] Genesis creation narrative[edit]

Temple of the Jedi Order Nadi (yoga) Chakra Kundalini Diagram Nāḍi (tube, pipe") are the channels through which, in traditional Indian medicine and spiritual science, the energies of the subtle body are said to flow. They connect at special points of intensity called chakras. The word "nadi" is pronounced as "naRdi", with R+d loosely pronounced together (the effort is made by the tip of the tongue; it curls up, pointing backwards, then springs forward to lie flat). In normal biological reference, a nadi can be translated into "nerve" in English. However, in yogic, and specifically in Kundalini yoga reference, a nadi can be thought of as a channel (not an anatomical structure). An early version of the nadi system is mentioned in the Katha Upanishad, which says: "A hundred and one are the arteries of the heart, one of them leads up to the crown of the head. One website states: Nadis are not nerves but rather channels for the flow of consciousness. Pingala is associated with solar energy.

Islamic mythology Islamic mythology is the body of traditional narratives associated with Islam from a mythographical perspective. Many Muslims regard these narratives as historical and sacred and believe they contain profound truths. These traditional narratives include, but are not limited to, the stories contained in the Qur'an. Followers of Islam (Muslims) believe that Islam, in its current form, was established by God, through the prophet Muhammed, who lived in the 6th and 7th centuries CE.[1] Muslims believe that all true prophets (including Musa and Isa) preached Islamic principles that were applicable in their time but when the times changed and people needed new guidance for new situations, God appointed a new prophet with a new code of life that could guide them. Muhammad is the most recent and final prophet, who restored and completed the principles of Islam.[2] Central Islam stories[edit] Life of Muhammad[edit] The Kaaba[edit] Connection with Jewish and Christian mythologies[edit] See also[edit]

Uatu Publication history[edit] Fictional character biography[edit] Uatu is the Watcher assigned to watch over Earth from his home in the Blue Area of the Moon. He proceeded to violate his oath several more times to aid the Fantastic Four.[9][10][11] His most notable transgression was in Fantastic Four #48, in which he tried, and failed, to prevent the Silver Surfer from bringing the world-devourer Galactus to the Earth.[12] For his continuous disregard for the Watchers' mission, Uatu is once placed on trial by the Watchers. Powers and abilities[edit] Uatu received a highly extensive education in his youth on his home world. In recent years, Uatu has undertaken the study of the Earths of alternate realities. Other versions[edit] 1602[edit] Earth X[edit] Marvel Apes[edit] Marvel Zombies Return[edit] MC2[edit] Powerless[edit] Ultimate Marvel[edit] The Ultimate Marvel version of Uatu is not a person, but rather a highly advanced alien computer that "watches" everything. In other media[edit] Television[edit]

Hindu mythology Hindu mythology is a large body of traditional narratives related to Hinduism as contained in Sanskrit literature (such as the epics like Mahabharata and Ramayana, the Puranas, and the Vedas), Ancient Tamil literature (such as the Sangam literature and Periya Puranam), several other works, most notably the Bhagavata Purana, claiming the status of a Fifth Veda and other religious regional literature of South Asia. As such, it is a subset of Indian and Nepali culture. Rather than one consistent, monolithic structure, it is a range of diverse traditions, developed by different sects, people and philosophical schools, in different regions and at different times, which are not necessarily held by all Hindus to be literal accounts of historical events, but are taken to have deeper, often symbolic, meaning, and which have been given a complex range of interpretations.[1] Sources[edit] Vedas[edit] Itihasa and Puranas[edit] The epics themselves are set in different Yugas, or periods of time.

The Night Angel Trilogy The Night Angel Trilogy is a fantasy series written by Brent Weeks. The story follows the life of Azoth (later Kylar Stern) as he struggles as a guild rat to become the ultimate wetboy (an assassin with magical talent, such as the ability to muffle sound or to block an attack), but then tries to leave it all behind and finally becomes the avatar of retribution: the Night Angel. Plot summary[edit] For a detailed synopsis of the novels, see the relevant article for each book. Series[edit] Characters in the series[edit] Setting[edit] The story is set on the continent of Midcyru, mainly in the country of Cenaria and in its capital city which shares the same name. Magic[edit] The Talent[edit] The Talent is the magic most commonly used in Midcyru. Magus and Maja[edit] In the series, a male mage is called a Magus, with Magi as its plural form. Red Magi[edit] Red Magi tend to use fire magic. Green Magi[edit] Green Magi are Healers. Blue Magi[edit] Ka'karifers[edit] Ka'karifers are those who use a ka'kari.

Akashic records Background[edit] Akasha is a Sanskrit word meaning "sky", "space" or "aether", and it entered the language of theosophy through H. P. Accounts of purported akashic access[edit] Readings of the akashic record were central to theosophist writings, but also appear in writings of other related figures. Alice A. "The akashic record is like an immense photographic film, registering all the desires and earth experiences of our planet. Levi H. In The Law of One, Book I, a book purported to contain conversations with a channeled "social memory complex" known to humans as Ra, when the questioner asks where Edgar Cayce received his information, the answer received is, "We have explained before that the intelligent infinity is brought into intelligent energy from eighth density or octave. See also[edit] References[edit] ^ Jump up to: a b c d Brandt, Katharina; Hammer, Olav (2013).

Buddhist mythology Wrathful deities[edit] One notable feature of Tibetan Buddhism and other Vajrayana traditions in particular is the use of Wrathful deities.[2] While the deities have a hideous and ferocious appearance,[3] they are not personifications of evil or demonic forces.[2] The ferocious appearance of these deities is used to instill fear in evil spirits which threaten the Dharma.[3] Wrathful deities are used in worship and devotion[2] with the practice dating to the 8th century[2] having been instituted by Padmasambhava.[2] The origin of these deities comes from mythology in Hinduism, Bon, or other folk deities.[2] Yaksha[edit] The Yaksha are a broad class of nature-spirits, usually benevolent, who are caretakers of the natural treasures hidden in the earth and tree roots.[4] Having been worshiped in India since before the Vedic period,[5] their worship was adopted by both Buddhism and Jainism.[5] Yidam[edit] The Yidam, or Ishta-devata, is a personal meditation deity. Hells[edit] Heavens[edit]

Midcyru Midcyru is a fictional land and is the setting for events that take place in The Night Angel Trilogy. The landscape is composed of many of the normal elements you would find in any natural realm. There is a main body of land, where most of the story takes place, as well as a few outlying islands. The continent of Midcyru[edit] Cenaria[edit] Cenaria is a kingdom in western Midcyru. Waeddryn[edit] A kingdom in central Midcyru ruled by queens from the city of Caernarvon, a center of trade and craftsmanship. Khalidor[edit] Khalidor is located in northern Midcyru and ruled by a line of tyrannical Godkings. Ossein[edit] Ossein is Cenaria's eastern neighbor. Alitaera[edit] A large country in southern Midcyru. Ceura[edit] 'Ceura' means 'sword' in the natives' tongue. Friaku[edit] A country in eastern Midcyru bordering Alitaera and Ymmur. Lodricar[edit] A country in northern Midcyru which has been occupied by Khalidor. Modai[edit] A country in south-western Midcyru. The Freeze[edit] Ymmur[edit] Gandu[edit]