WindTamer Turbines - The Most Efficient Technology 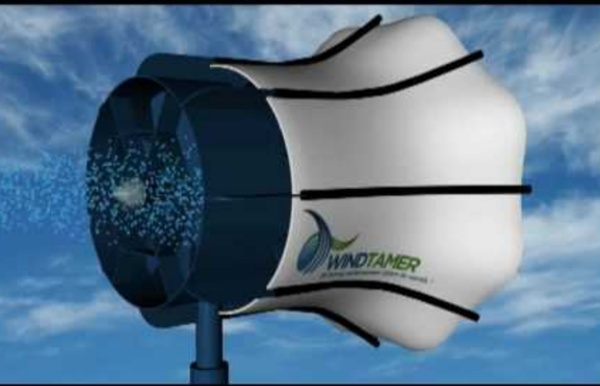 V3Solar Spin Cell -- Super Cheap Solar!! Clean Power Published on January 24th, 2013 | by Zachary Shahan Quite frankly, if the company’s numbers are correct, this could be some big solar news. (CleanTechnica got the inside scoop due to our sincere “passion” for helping the world, and probably also our status as the top cleantech or clean energy site in the world.) The key will be whether or not the technology performs as expected once a production prototype is created, and (even more so) if it eventually gets to mass production. As a quick refresher, we’ve covered V3Solar before, back when the name was Solarphasec. But a simple intro of the tech isn’t the big story of the day (that’s old news) — the story of the day is the very low cost of the tech the company is reporting, and that’s what could change the world; that’s what could stimulate a more transformative distributed energy revolution than anything we’ve seen to date. In case you aren’t aware, the average cost of electricity in the US is about 12 cents per kWh.

Tesla Technology: 5 Bladeless Turbines About To Revolutionize Energy Production Tesla Technology: 5 Bladeless Turbines About To Revolutionize Energy Production www.endalldisease.com “Every home in America can run on wind energy. In fact these units can be installed on existing power poles in rural areas, to catch the wind and send its energy back to the plant.” - Raymond Green, Inventor In 1913, Inventor Nikola Tesla patented a bladeless steam turbine that he claimed was the most efficient and the most simple rotary engine ever designed. One century later, we now have all the materials needed to build Tesla’s turbine, and in 2010, a patent was issued to a company called Solar Aero for a wind turbine based on the Tesla design. Current wind turbine technology with rotating blades is both inefficient, and causes noise pollution, which has been reported to have detrimental health effects on residents living nearby. Bladeless Wind Turbine #1: ‘The Saphonian’ Bladeless Wind Turbine #2: ‘The EWICON’

Kohei Minato: Magnet Motor rexresearch.com Hokei MINATO Magnet Motor John Dodd: "The Techno Maestro's Amazing Machine" (Japan, Inc., March 2004) Kohei Minato: US Patent # 4,751,486 K. Minato: US Patent # 5,594,289 Henry Curtis: KeelyNet BBS Posts Michael Randall Emails Padrak: INE Press Release Photos The Techno Maestro's Amazing Machine Kohei Minato and the Japan Magnetic Fan Company A maverick inventor's breakthrough electric motor uses permanent magnets to make power -- and has investors salivating by John Dodd When we first got the call from an excited colleague that he'd just seen the most amazing invention -- a magnetic motor that consumed almost no electricity -- we were so skeptical that we declined an invitation to go see it. Seeing is Believing ~ Nobue then takes us through the functions and operations of each of the machines, starting off with a simple explanation of the laws of magnetism and repulsion. Your Support Maintains this Service -- and Your Survival ...

Funny Looking Tower Generates 600% More Electrical Energy Than Traditional Wind Turbines The Sheerwind wind turbine promises to produce 6 times the electrical power than traditional wind turbines. This funny looking wind tower acts like a funnel, directing the wind from any angle, down through a tube to a ground based turbine generator. The funneling of the wind through a narrow passage effectively creates a “jet effect” increasing the velocity of the wind, while lowering the pressure. This is called the Venturi Effect. As such it can capture and generate electricity at a much lower wind speed than current wind power technologies. The idea is so simple, so elegant, and promises to produce so much more energy at lower cost and more efficiently, that it might just be the answer to many problems with current wind turbine technology. This technology is not really new in the science of fluid dynamics, however this is a new way to generate electricity, and if successful, promises to grow the wind energy in a more eco-friendly way than ever thought possible. via: Sheerwind Comments

Fuel Cell Purchase Options | Bloom Energy Bloom Energy offers our customers different purchase options to best meet their individual needs. Equipment Purchase Customers who want to maximize their return on investment can purchase and install Bloom Energy Servers at their facilities and capture all of the economic benefits of producing their own power for significantly less than the price of electricity purchased from the grid. Pay as You Go Bloom has partnered with some of the nation's largest banks to offer tailored financing options to customers. Service Agreements Bloom Energy is committed to providing customers with operating and maintenance support programs that best meets a customer’s needs. All services are performed by certified service technicians. Contact us today at sales@bloomenergy.com to learn more about the service agreement options available to our customers.

Wind Turbine Output Boosted 30% by Breakthrough Design Clean Power Published on April 29th, 2009 | by Timothy B. Hurst Passive structure design of “Wind Energizer” by Leviathan Energy reportedly increases wind turbine efficiency 30% in field tests. Technological advancements in wind energy efficiency have generally come incrementally and usually made via a process of increasingly large wind turbine blades. But that pattern of incremental improvements may be a thing of the past if Leviathan Energy has anything to say about it. The principle theory at work is that by placing passive objects around a wind farm it will change the circulation around a large wind turbine. “This is a disruptive technology,” Leviathan Energy CEO Dr. Farb is a bit of a modern day renaissance man. The Wind Energizer is a donut-shaped structure made from steel and plastic, but the exact dimensions of it depend on site-specific data, like the tower height, length of the blades, prevailing wind direction and intensity, etc. Images courtesy of Leviathan Energy Timothy B.