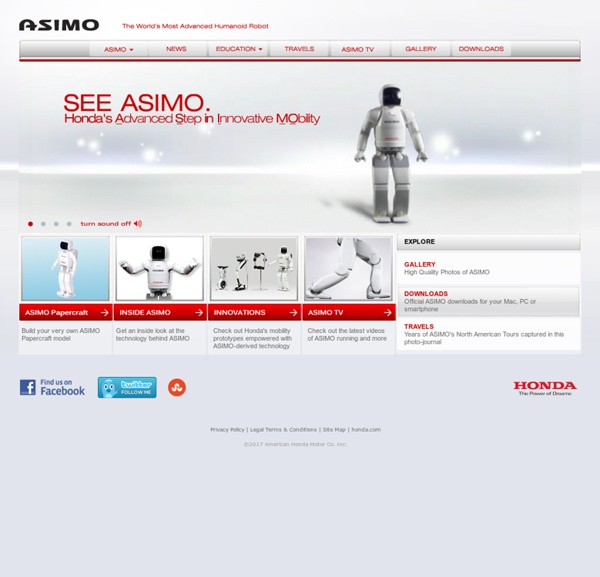 Hirose and Fukushima Laboratory Introduction We have been developing various kinds of robotic systems, such as snake-like arms and locomotors based on the biomechanical study of the real snake, quadruped walking robots, and crawler vehicles. We also have been studying basic disciplines, such as novel design principles for mechanical system, sensing devices, and control systems. We are determined to continue the research and contribute to the society by supplying practical robotic systems applicable for various fields, such as rescue operation, demining and assistance of elderly and physically challenged persons. Keywords Back↑ Robot Rescue Humanitarian Demining Walking planetary exploration Active Code Mechanism Snake-like Robot Research Themes Back↑

poetryroom [licensed for non-commercial use only] / Poetry Forum Will you present a pecha kucha? How about a poetry reading? Spaces are limited! Add your name to a list on the registration page. Information about the Poetry Forum After you have finished your Field Experience you will have the chance to participate in the Poetry Forum mentioned in TASK 6 of the CHALLENGE ASSESSMENT (assignment 3). Last year a poetry 'mini-conference' was held at the end of the unit so that students would have an authentic audience to present their work to. Students enjoyed the experience so much that a 'Poetry Forum' is now planned as a regular experience at the end of each semester for this unit. Ultimately the Poetry Forum is an event held by us, for us. It's not mandatory to attend the Forum, but it is an excellent way for students to meet each other as poets, teach each other more about poetry, and be inspired to share poetry with others outside the class. This wiki will be used to share our class and assignment work related to poetry in the lead up to the Forum. Posters

NASA Robotics - Robotics Alliance Project La voiture autonome Robotics Robotics is the branch of mechanical engineering, electrical engineering and computer science that deals with the design, construction, operation, and application of robots,[1] as well as computer systems for their control, sensory feedback, and information processing. These technologies deal with automated machines that can take the place of humans in dangerous environments or manufacturing processes, or resemble humans in appearance, behavior, and/or cognition. Many of today's robots are inspired by nature contributing to the field of bio-inspired robotics. The concept of creating machines that can operate autonomously dates back to classical times, but research into the functionality and potential uses of robots did not grow substantially until the 20th century.[2] Throughout history, robotics has been often seen to mimic human behavior, and often manage tasks in a similar fashion. Etymology[edit] History of robotics[edit] Robotic aspects[edit] Components[edit] Power source[edit]

Techno in the Classroom Automaton Astro Teller has an unusual way of starting a new project: He tries to kill it. Teller is the head of X, formerly called Google X, the advanced technology lab of Alphabet. At X’s headquarters not far from the Googleplex in Mountain View, Calif., Teller leads a group of engineers, inventors, and designers devoted to futuristic “moonshot” projects like self-driving cars, delivery drones, and Internet-beaming balloons. To turn their wild ideas into reality, Teller and his team have developed a unique approach. The ideas that survive get additional rounds of scrutiny, and only a tiny fraction eventually becomes official projects; the proposals that are found to have an Achilles’ heel are discarded, and Xers quickly move on to their next idea. The moonshots that X has pursued since its founding six years ago are a varied bunch.

USFIRST.org Le Site des Robots, de la Robotique, des Exosquelettes et de leu The World’s Greatest Hyperbole Lesson Plan | Teach Figurative Language With Flocabulary Check out the lyrics and more. Listen to Flocabulary’s new, free Figurative Language song. You’ll learn all about hyperbole, as well as metaphors, simile and more. Look everyone! Last week, Allie the Alliterative Albino American Alligator helped you teach alliteration. Definition: A purposeful exaggeration or overstatement. Why Writers Use It: Even though the statement might not be exactly true, hyperbole can create emphasis or also make something sound funny. Hip-Hop Hyperbole Examples “If you cats wore my chain for a month you’d be hunchback.” - Cassidy “I’m the best that ever did it the best that’s gone’ do it.” “I’m so ahead of my time my parents haven’t met yet.” Hyperbole Examples in Literature If thou dost slander her and torture me, Never pray more; abandon all remorse; On horror’s head accumulate; Do deeds to make heaven weep, all earth amazed; For nothing canst thou to damnation add Greater than that. Other Examples