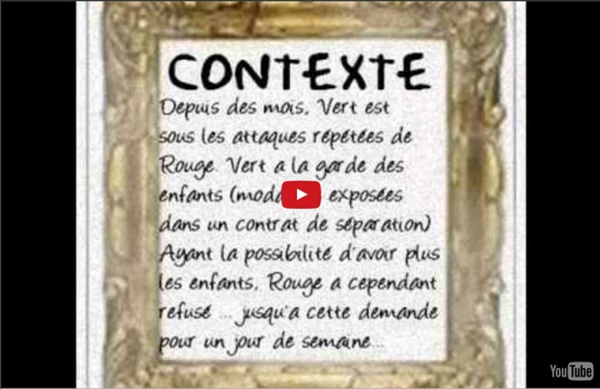 Power and control in abusive relationships In an intimate relationship[edit] Background[edit] The power and control wheel was developed in 1982 by the Domestic Abuse Program in Minneapolis to explain the nature of abuse, to delineate the forms of abuse used to control another person, and to educate people with the goal of stopping violence. The model is used in many batterer intervention programs, and is known at the Duluth model.[1] Power and control is generally present with violent physical and sexual abuse.[2] Control development[edit] Why Highly Sensitive People Attract Narcissists + How To Disengage In my work with clients and in hearing from readers, I've witnessed a pattern of highly sensitive people being in relationships with narcissists or sociopaths — and they're ready to break free from this type of relationship. It's common for those who experience high levels of empathy to find themselves in relationships with narcissists who either take advantage of or prey on what they perceive to be a weaker group. Narcissism is a self-serving condition in which the focus is on image, status, and getting things rather than on giving and serving others. In other words: lack of empathy is at the root of narcissism. The challenge that empaths can have in relationships is that they often give their power away.

Psychological manipulation Psychological manipulation is a type of social influence that aims to change the perception or behavior of others through underhanded, deceptive, or even abusive tactics.[1] By advancing the interests of the manipulator, often at another's expense, such methods could be considered exploitative, abusive, devious, and deceptive. Social influence is not necessarily negative. For example, doctors can try to persuade patients to change unhealthy habits. Social influence is generally perceived to be harmless when it respects the right of the influenced to accept or reject and is not unduly coercive.

Narcissistic Rage and the Sense of Entitlement While the manic phase in what is commonly known as ‘bipolar disorder’ usually involves manic flight into grandiose fantasy and impulsive behavior, on occasion it leads to rage, violence, suicide and even murder. The DSM-IV refers to this as “dysphoric mania” or a mixed state, where manic and depressive symptoms occur simultaneously. Outbursts of rage also occur in other disorders: they feature in Intermittent Explosive Disorder, Borderline Personality Disorder, Narcissistic Personality Disorder and various types of narcissistic behavior; anyone dominated by feelings of shame may be prone to occasional outbursts of rage, which are often an intense form of blaming, one of the primary defenses against shame. While the DSM-IV defines these disorders as unique categories of mental illness, with individual diagnosis codes, they actually exist along a spectrum and have much in common.

How to Tell if You're Projecting While many of us can identify the process of projection in somebody else, few of us are able to see it in ourselves. Think about it — how many times have you stopped yourself and said, “I’m just projecting; this has nothing to do with John”? Our own projections are difficult to spot, first of all, because we don’t want to identify them as such: the whole point of projecting is to rid ourselves of something unwanted. 5 Signs You Might be in an Emotionally Manipulative Relationship Everyone wants a relationship to share their experience of life with someone. Everyone wants someone who can be with them through their ups and downs. Every relationship is different – everyone handles pain, stress, joy and all emotions differently through their own processes.

Further Thoughts on the Lost Art of Conversation In my last post, and in my post on narcissistic behavior, I was complaining about conversations that too often involve other people dumping their problems, or new acquaintances who want only to talk about themselves. I had an experience earlier this week that helped me appreciate a different kind of social interaction. Nothing compares with a truly intimate and reciprocal exchange between close friends, but here on Christmas Eve, I want to write about some very satisfying interactions I’ve had with strangers. For the first time, we’re here in Colorado for the holidays; in our local town, there’s a big sledding hill, and earlier this week, we took our new sleds for an inaugural run. There were other families on the hill, people we’d never met before; I was struck with how easily we fell into conversation.

Relational aggression Overview[edit] Definition[edit] Relational aggression is defined as a type of aggression that is "intended to harm others through deliberate manipulation of their social standing and relationships".[13] Relational aggression, according to Dan Olweus [14] is a type of bullying. Narcissistic Behavior and the Lost Art of Conversation [NOTE: Narcissism and narcissistic behavior are a primary focus of this website; all posts on that subject can be found under the heading Shame/Narcissism in the category menu to the right. If you’d rather read a more clinical discussion of narcissistic behavior, you might prefer this post on narcissistic personality disorder, or this one on the relationship between narcissism and self-esteem. If you want to learn more about the basic signs and symptoms of NPD and how to recognize them, click here.

Passive-aggressive behavior Passive-aggressive behavior is the indirect expression of hostility, such as through procrastination, stubbornness, sullenness, or deliberate or repeated failure to accomplish requested tasks for which one is (often explicitly) responsible. For research purposes, the Diagnostic and Statistical Manual of Mental Disorders (DSM) revision IV describes passive-aggressive personality disorder as a "pervasive pattern of negativistic attitudes and passive resistance to demands for adequate performance in social and occupational situations". Concept in different areas[edit] In psychology[edit] In psychology, passive-aggressive behavior is characterized by a habitual pattern of passive resistance to expected work requirements, opposition, stubbornness, and negative attitudes in response to requirements for normal performance levels expected of others.

The Mostly-Bad Mother During a recent session with a client, she was revisiting some memories about her mother, familiar to both of us since the beginning of her treatment. Although her parents provided the basics — food, clothing, a roof over her head — they were both disastrous on an emotional level. As the session unfolded, my client repeated many painful details from her childhood, and yet amidst all those memories, I caught little glimpses of the way she had at one time found her mother beautiful.