Thisispaper — What we save, saves us. 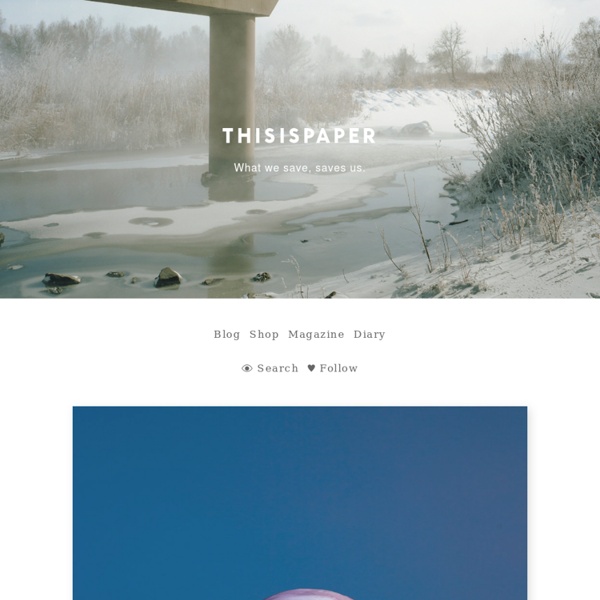 BETA - unbuilt architecture Miss Moss News Sam Harris, the New Atheist philosopher who, with his colleagues, managed to artfully package trendy atheism with old-school Islamophobic bigotry is now trying to publicly debate anarchist intellectual Noam Chomsky. The topic at hand: is the United States as evil as Islamic terrorism? Harris, for his part, has previously criticized Chomsky's argument that the United States … Continue Reading ›› Deadline for submissions is May 1, 2015. The University of Victoria is now accepting submissions for their May 2015 conference. Previously untranslated excerpts from Martin Heidegger’s “Black Notebooks” Studies in Social Justice, an open-access journal, is now accepting submissions for their special issue on psychiatric knowledge. Last year, Heidegger’s “Black Notebooks” were released in Germany and caused a stir both in Germany and abroad after passages came to light containing strong anti-Semitic language. You’ve got until January 30! The most widely read stories on Critical-Theory.com in 2014.

Architecture of Doom Hallgate, Blackheath (1960) by Eric Lyons & PartnersOne of many Eric Lyons designed schemes in Blackheath, Hallgate is situated on the former Cator estate, which was created by John Cator in the 19th Century. Like most of the others, this SPAN estate of 26 flats is arranged around landscaped gardens, and features a sculpture called “The Architect in Society” by Keith Godwin. Image from RIBApixA Guide to Modernism in Metro-Land Beautiful Type thudsonarchitecture | .architecture graduate + creative time-waster, in-between mild attempts at being productive. ChaMonsta