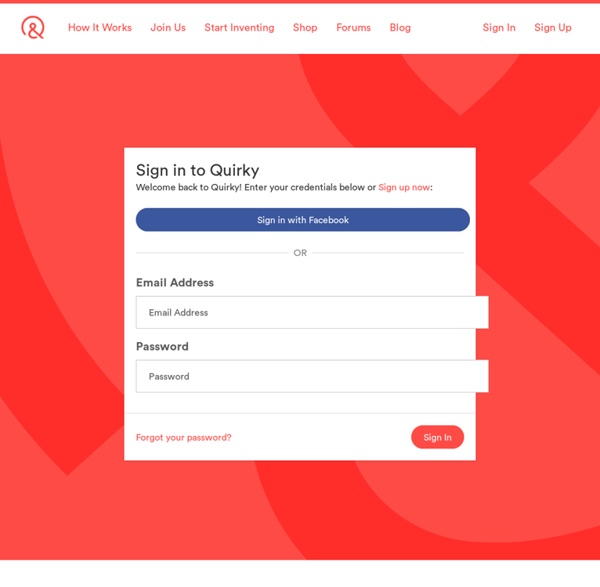 s Trend Briefing covering "7 Consumer Trends To Run With In 2014" Growing numbers of consumers can no longer escape an awareness of the damage done by their consumption: to the planet, society, or themselves. But a mixture of indulgence, addiction and conditioning mean that most can’t substantially change their consumption habits. The result? A never-ending guilt spiral. Which creates exciting opportunities for brands that combine tackling this guilt spiral with consumers’ endless status seeking (still the driving force behind all consumer behavior). Expert Product Reviews Our staff of reviewers and editors, each with a specialized portfolio of products and services, researches the marketplace and assesses the best choices. We focus on the needs of buyers by developing content that is unbiased, credible and thorough. The products and categories we include and recommend offer clear and valuable consumer benefits. We’re committed to clarity and transparency about how we work and how we present information and advice. Hands-on use and evaluation

iOS 4.2: Our Complete Walkthrough A few minutes ago Apple announced the release of iOS 4.2 today. The download links aren’t live yet, and we speculate the engineers at Cupertino will flip the switch at 10AM PST. In the meantime,though, you can check out our complete iOS 4.2 for iPad walkthrough below. We have tested iOS 4.2 through all the betas and GM seeds Apple released, and there’s no doubt this is the OS we were all waiting for. iOS 4.2 is a major new update for iPhone, iPod Touch and iPad built on the strong foundation of iOS 4, released in June just two days before the iPhone 4 went on sale. iPhones and iPod Touches have been capable of enjoying multitasking, folders, fast app switching and the hundreds of new features since then, but it’s only with 4.2 that iPads are getting updated to support iOS 4.

IntelGalileo Intel Galileo Overview Galileo is a microcontroller board based on the Intel® Quark SoC X1000 Application Processor, a 32-bit Intel Pentium-class system on a chip (datasheet). It’s the first board based on Intel® architecture designed to be hardware and software pin-compatible with Arduino shields designed for the Uno R3. Digital pins 0 to 13 (and the adjacent AREF and GND pins), Analog inputs 0 to 5, the power header, ICSP header, and the UART port pins (0 and 1), are all in the same locations as on the Arduino Uno R3. This is also known as the Arduino 1.0 pinout.

HP 11 Chromebook Review As I was about to publish my review about a month ago, the HP 11 Chromebook sale was put to an halt upon report of overheating charger. It was decided to wait until how this will affect the future of the device before putting the article online. At the core of the issue, there were “nine reports of chargers overheating and melting during use”. Guide To Best 17 Inch Laptops Can a laptop replace a desktop PC or be your only computer? That question was settled years ago—yes, absolutely. Can a laptop, in fact, outperform your desktop? Unless your desktop is a nearly new, top-of-the-line Godzilla gaming rig or workstation, that's a yes as well. MWC 2015: Are tablets falling out of favour? 26 February 2015Last updated at 19:05 ET By Leo Kelion Technology desk editor Initial sales of tablets were brisk, but recent demand for the computers has not met expectations Not long ago, we were assured the iPad and its ilk were destined to dominate our everyday lives. "Tablets will rule the future," one analyst said three years ago, forecasting sales would swell to 375 million in 2016. Nobody is that bullish anymore.

Tech & Gadgets LENOVO SMART CASE, FIRST SMARTPHONE WITH LASER PROJECTOR Lenovo moves forward to the future of technology by coming up with the first ever smartphone with a laser projector. It can project right into walls, working like how the regular projector... Read More » FONKRAFT MODULAR SMARTPHONE The Fonkraft Modular Smartphone is the first of its kind that anyone can get to see. It allows users to conveniently fix their devices with its interchangeable parts. They can replace the...

3 Ways to Split and Join Big Files The size of files we use today is bigger than even a few years ago. Multi Megapixel digital images can be in the tens of Megabytes, small HD video clips can be in the hundreds, and several types of files like ISO disc images and movie files can easily run into the Gigabyte’s. One of the issues these days is transferring files across the internet because certain limits apply depending on what you’re trying to do. Take sending a 100MB video clip to somebody via email for example. Most email services including popular ones like Gmail and Hotmail have some sort of cap on the size of attachments, usually around 25MB, so sending a video file larger than that wouldn’t be possible.

Netgear AC1200 WiFi Range Extender Review (EX6200) – DailyTekk If the Internet access around your home or office is slower or weaker than you’d like: pay attention. The AC1200 WiFi Range Extender from NETGEAR can extend your WiFi range to the max while also ensuring fast connection speeds. It’s safe to say you don’t have an ultimate gaming, movie or network setup in general if you don’t have a device like this. Before we get into how it works, here’s the specs. This is a dual band WiFi extender that can get you speeds of up to 1,200 Mbps. The range extension itself is powered by 700mW and the device itself runs off of a dual core processor.

Picking the Right Surge Protector for Your Electronics One drawback to owning lots of awesome electronics is finding enough outlets to plug everything in. With a desktop computer, you likely need extra outlets for a monitor, printer, desktop speakers, wireless router, mobile devices, and other gadgets. For a home theater system, there’s the television, stereo receiver/amplifier, preamp, subwoofer, speakers (sometimes), turntable, DVD/Blu-ray player, gaming consoles, and cable set-top box to consider. The solution? Get an outlet tap/splitter, which would typically be your everyday power surge protector or power strip.