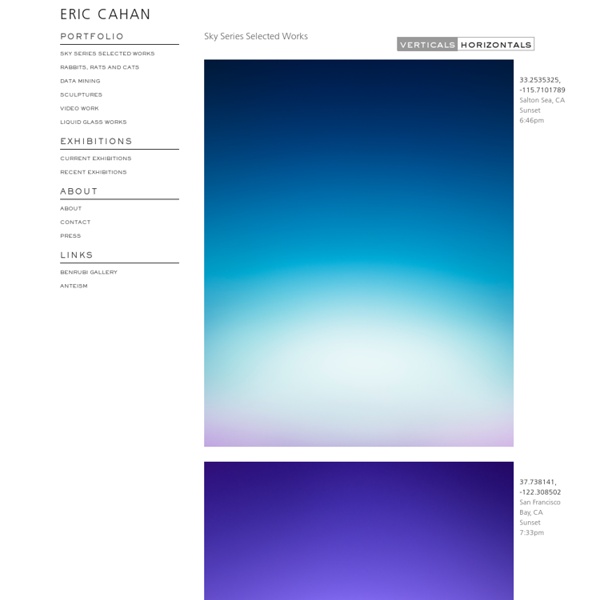 The 100 Best Photos From the Pxleyes Photography Contests of March 2011 Another month of thrilling photography contests has ended! We’ve collected the 100 highest scoring entries from the Pxleyes photography contests that were active during the month March 2011… This list is ranked by the final scores of the entries. The most spectacular pictures were submitted in the one filter, shadows 2, bw chairs, colorless cars 2 and skies contest. Keep up the good work and good luck in next month’s photography contests! 100. Colors by Lightness (Internet Explorer) Get started Plan Develop Sign in Technologies API reference Samples Community Colors by Lightness The named colors, sorted by lightness.

How To Get The High (Very French-Feeling) Bun Lately, it seems, we’ve been inundated with red carpet high buns—Charlize Theron loves ‘em, Rachel Bilson went high and tight recently, and SJP has sported the high bun for years. Mostly I shy away from the style because I think they look a bit too ballerina and also just too sweet on me—until now. I happened upon this high bun, above, and instantly fell in love. Maybe it’s the French feeling of the style or the casual, just-swept-up look, but how cool would it be paired with, well, anything in your closet? Adore.

Food Landscapes by Carl Warner Article by James Pond I am the owner of Pondly.com / art lover / electrical engineer / software developer / MBA in e-business student. I blog for pleasure and love to share my Internet findings. Web site: Carl Warner is a London-based photographer who makes foodscapes: dreamy landscapes and homey domestic scenes that appear scrumptiously good enough to eat. Split Family Faces Cousins: Justine, 29, & Ulric, 29 How much do you and your family members really look alike? Quebec, Canada-based graphic designer and photographer Ulric Collette has created a shockingly cool project where he's exploring the genetic similarities between different members of the same family. By splitting their faces in half and then splicing them together, he creates interesting new people that are sometimes quite normal looking and other times far from it.

Aurora / Meteor Shower Images Aurora / Meteor Shower Images Update: We have now come out of one of the lowest Solar Minimums on record. The cycle for lows and highs of solar activity occur roughly every 11 years. We are now experiencing recent solar flares which have unleashed Coronal Mass Ejections (CME) and once again we are experiencing Northern Lights that we have not seen (at least at lower latitudes) for many years. Coronal Mass Ejections (CME) from sunspots are usually responsible for the geomagnetic storms which produce the Aurora Borealis displays. You never know when a sunspot might unleash an Earth directed CME!

List of colors: A–F The following is a list of colors. A number of the color swatches below are taken from domain-specific naming schemes such as X11 or HTML4. RGB values are given for each swatch because such standards are defined in terms of the sRGB color space. China in a Mirror I’m loving the symmetry created in these mirror photographs of urban China by Austrian designer and photographer Atelier Olschinsky. See the entire series here, and his recently published illustrations entitled Game Zone are pretty mind-blowing as well.

Our Favourite Photos of 2011 by Destination This past year was an interesting one. We got to re-visit some places we had already been but more importantly we got to take in some of our dream destinations for the first time. We thought the best way to show you why we loved all the places we visited was through our favourite photos from each country. So sit back with a cup of coffee and come travel with us for a few moments.

Captured: The Ruins of Detroit Posted Feb 07, 2011 Share This Gallery inShare850 Up and down Detroit’s streets, buildings stand abandoned and in ruin. French photographers Yves Marchand and Romain Meffre set out to document the decline of an American city. Their book “The Ruins of Detroit“, a document of decaying buildings frozen in time, was published in December 2010.