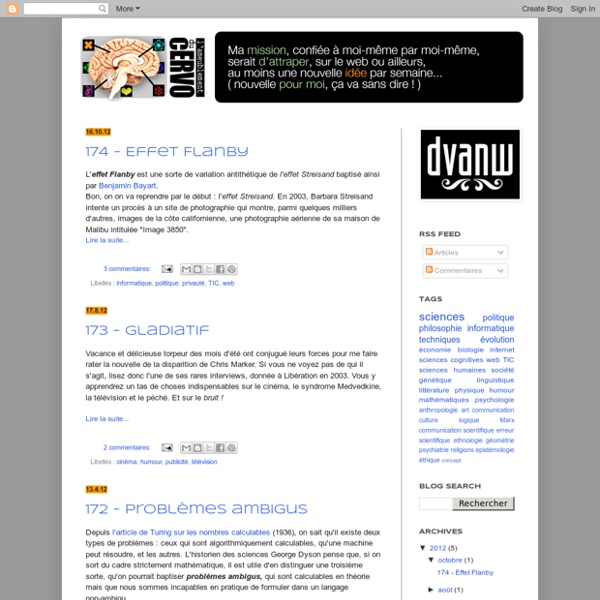 Cafe Hayek — where orders emerge Five Manifestos for the Creative Life by Kirstin Butler How a numbered list can start a personal revolution. Some days everyone needs a little extra encouragement. The words or lines or colors don’t want to come, or worse, we don’t even want to sit down to create. That’s when we turn to these inspiring manifestos, any one of which is guaranteed to give our uncooperative creativity a sharp kick in the pants. We’ve long been fans of the amazing work of Frederick Terral, the creative visionary behind design studio Right Brain Terrain. You may not be a Picasso or Mozart but you don’t have to be. We can’t imagine more sound advice. Guidelines to get you from Point A to finished product, The Cult of Done Manifesto was written by tech guru Bre Pettis (of MakerBot fame) in collaboration with writer Kio Stark in 20 minutes, “because we only had 20 minutes to get it done.” Pretending you know what you’re doing is almost the same as knowing what you are doing, so just accept that you know what you’re doing even if you don’t and do it.”

Alan Turing's Reading List: What the Computing Pioneer Borrowed From His School Library by Maria Popova What Alice in Wonderland has to do with electromagnetic theory, relativity, and Pluto. “You are a mashup of what you let into your life,” it’s been said. Since creativity is combinatorial, the architecture of mind and character is deeply influenced by the intellectual stimulation we choose to engage with — including the books we read. There is hardly anything more fascinating than the private intellectual diet of genius — like this recently uncovered list of books computing pioneer and early codehacker Alan Turing borrowed from his school library. Though heavy on the sciences, the selection features some wonderful wildcards that bespeak the cross-disciplinary curiosity fundamental to true innovation. Sidelights on Relativity, published in 1922, is a two-part book based on a series of lectures Albert Einstein gave between 1920 and 1922. The book is available as a free download from Project Gutenberg. Philosophy, in one of its functions, is the critic of cosmologies.

"Dream Good": Woody Guthrie's New Year's Resolution List, 1942 by Maria Popova How to keep the hope machine running, or what socks have to do with self-actualization and belonging. As a lover and maker of lists, I often agree with Umberto Eco that “the list is the origin of culture.” But, more than that, it can also be a priceless map of personal aspiration, as is the case of the kinds of lists we make this time of year — resolution lists. This particular one, penned by the great Woody Guthrie in 1942 at the tender-but-just-wise-enough age of 30, is an absolute gem of humor, earnestness, and pure humanity. 1. Thank you, Woody, for a timeless list that still speaks to us all — yes, by all means, let’s read lots of good books, keep hoping and dreaming, make up our minds, and love everybody. via Boing Boing Donating = Loving Bringing you (ad-free) Brain Pickings takes hundreds of hours each month. You can also become a one-time patron with a single donation in any amount: Brain Pickings has a free weekly newsletter. Share on Tumblr

What Startups Can Learn From Haruki Murakami I'm a big fan of Japanese writer Haruki Murakami. The genius of Murakami is in his discipline, focus and determination. I see him as a virtual Zen master - an embodiment of wisdom, passion, skills and exceptional will. The elements of his work and life story are inspirational and (here's where ReadWriteWeb comes in) particularly applicable when you're running a startup. Therefore in this post, we take a look at what modern technology startups can learn from this Japanese literary master. The inspiration for this post comes from an autobiographical article by Murakami in the New Yorker Magazine (which Karen Teng, VP of Engineering at my own startup, pointed out to me). Find Your Passion and Commit to it Murakami was a late bloomer, writing his first work at age 29. Whether you're a blogger or software engineer, you've experienced the same feeling: a blog post that has to be written; a piece of code that needs to exist. Murakami faced a choice between his business and a career as a writer.

Getting Better vs Being Good Everybody likes to do stuff they’re good at. When we’re doing the types of tasks and projects we’ve already mastered, we feel in control and confident. But settling into our sweet spots – and avoiding new experiences that require us to “stretch” – comes with consequences. Let’s try a quick self-assessment: Do you feel hesitant to learn new skills, especially with others? If you answered, “Yes,” to any of these questions, you may be limiting your creative potential by focusing on “be-good” goals versus “get-better” goals. Heidi Grant Halvorson, PhD, explains this concept (and backs it up with lots of research studies) in her excellent e-book “9 Things Successful People Do Differently,” and I wanted to share with you how this small mental shift could produce massive creative gains. To start, let’s define the two types of goals: Ironically, the negative impact of be-good goals can actually increase as you become more skilled. The freedom to open yourself up to new opportunities. Over to You…

Saul Bass: Why Man Creates (1968) by Maria Popova I love iconic graphic designer Saul Bass and have a soft spot for luminaries’ musings on the nature of creativity. Naturally, I’m head over heels with Why Man Creates — a remarkable short documentary from 1968, animated by Bass and alluringly subtitled “a series of explorations, episodes & comments on creativity.” Playful yet profound, the film is a series of sequences that at first appear unconnected but eventually converge into a compelling exploration of (wo)man’s most fundamental impetus to create, featuring such delightful tongue-in-cheek vehicles as this exchange between Michelangelo and da Vinci: Whaddaya doin?” For more on Bass’s design legacy, and its place in the context of other seminal design work, see Six Chapters in Design: Saul Bass, Ivan Chermayeff, Milton Glaser, Paul Rand, Ikko Tanaka, Henryk Tomaszewski which, nearly 15 years later, is still an absolute pillar of understanding and contextualizing modern graphic design. Donating = Loving Share on Tumblr

Shortcut When his wife grew ill in the early 1960s, Indian farmhand Dashrath Manjhi took her from their home in Gelaur to the hospital in the neighboring town of Wazirganj. Unfortunately, this meant a journey of 19 kilometers, as a hillock of solid rock lay between the two villages. When he returned to Gelaur, Manjhi resolved to improve matters. Working alone with a hammer and chisel, he spent 22 years cutting a passage through a solid mass of rock 360 feet long, 25 feet high, and 30 feet wide. When he finished in the 1980s, he had reduced the route from 19 kilometers to six and the travel time from six hours to one. When Dasrath died in 2007, the Indian state of Bihar gave him a state funeral. See A for Effort. (Thanks, Jebadiah.)