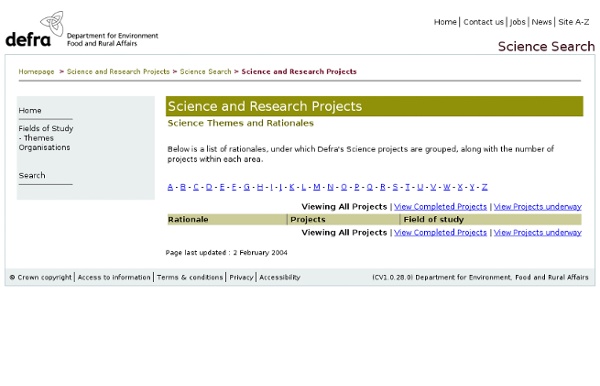 EFSA 28/04/09 Uranium in foodstuffs, in particular mineral water Type: Opinion of the Scientific Committee/Scientific Panel Question number: EFSA-Q-2007-135 Adopted: 25 March 2009 Published: 28 April 2009 Last updated: 29 May 2009. This version replaces the previous one/s. Affiliation: European Food Safety Authority (EFSA), Parma, Italy This opinion, published on 29th May 2009, replaces the earlier version published on 28th April 2009 [1]. The European Food Safety Authority (EFSA) was asked to conduct a risk assessment on uranium at the European level because of the existence of differing regulations and also due to existing gaps in the knowledge base concerning the chronic toxicity of uranium. Uranium (U) is a silvery-white metal occurring in a number of minerals such as uraninite, carnotite and pitchblende. Analytical methods for the determination of uranium in the different matrices are available. In June 2008, the EFSA issued a specific call to selected countries for data on uranium concentrations in individual water and food samples.

MOTHER NATURE NETWORK 18/02/11 How polluted is U.S. drinking water? U.S. tap water is some of the cleanest on Earth, generally safe from the microbes and chemicals that have plagued humans' water supplies for millennia. While much of the planet relies on paltry, polluted drinking water, Americans can fill a glass without fear of cryptosporidium, chromium or chlordane. This hasn't always been the case, however — and in many parts of the country, it still isn't. More than 40 years after the first Earth Day ushered in a new era of environmental awareness, millions of Americans still drink dangerous tap water without even knowing it. The U.S. government had virtually no oversight of drinking-water quality before the 1970s, leaving the job to a patchwork of local laws that were often weakly enforced and widely ignored. But despite four decades of work that made U.S. tap water safer in general, a flood of dangers still lurk below the surface. In treatment Something in the water The pollutants currently governed by EPA regulations fall into five basic categories:

FSAI 08/04/09 Leaflet: Nanotechnology and Food Wednesday, 8 April 2009 Nanotechnology involves the use of very small particles (nanoparticles) that have an average size, in at least one dimension, of one hundred nanometers (nm) or less. A nanometer is one hundred billionths of a metre. Nanotechnology is viewed by the food industry as a means of enhancing food safety and nutrient bioavailability, with some examples already on the market in certain parts of the world. Though still an emerging science, nanotechnology has been used for some time in the production of goods such as cosmetics, and holds significant promise as a tool in the diagnosis and treatment of certain human illnesses.

Current Topics in Public Health Edited by Alfonso J. Rodriguez-Morales, ISBN 978-953-51-1121-4, 742 pages, Publisher: InTech, Chapters published May 15, 2013 under CC BY 3.0 licenseDOI: 10.5772/56648 Public Health is regarded as the basis and cornerstone of health, generally and in medicine. Defined as the science and art of preventing disease, prolonging life and promoting health through the organized efforts and informed choices of society, organizations, public and private, communities and individuals, this discipline has been renewed by the incorporation of multiple actors, professions, knowledge areas and it has also been impacted and promoted by multiple technologies, particularly - the information technology. As a changing field of knowledge, Public Health requires evidence-based information and regular updates.

FSA 21/04/11 Views on nanotechnology: research published The main findings of the research are that: Participants’ reactions to nanotechnology and food reflected a variety of concerns. These included whether this was a necessary development, whose interests would be served by it and whether the benefits outweighed the perceived risks.Acceptance around the use of nanotechnology was conditional. Andrew Wadge, FSA Chief Scientist, said: 'This research suggests that although consumers may be sceptical about the motives behind the introduction of nanotechnology in food, they are more likely to look more favourably on its use when they perceive a real benefit to them. The Food Standards Agency is working with interested parties to gather intelligence on the use of nanotechnologies in food, and is also developing a UK register of foods that use nanotechnology.

FOOD SAFETY MAGAZINE 03/10/13 Competition Aims to Identify, Implement Water Innovations in Food and Agriculture. News | October 3, 2013 Imagine H2O, a nonprofit organization that provides a path-to-market platform for early-stage water technology companies. announced Oct. 1 that it is accepting applications from water entrepreneurs worldwide for its 2013 Food & Agriculture Competition. The fifth annual competition seeks to identify and support promising water innovations in the food and agriculture sector. The deadline to submit applications is November 15; applications can be submitted here. On its Food & Agriculture Program web page, Imagine H2O provides two important statistics: A 2012 UN World Water Assessment Program survey indicates that agriculture currently accounts for more than 70% of global water usage. At the launch of its Food & Agriculture Program this past May, Imagine H2O’s chief operating officer, Scott Bryan, said, “This program will advance innovations in how we use, supply and treat water to improve our food system.