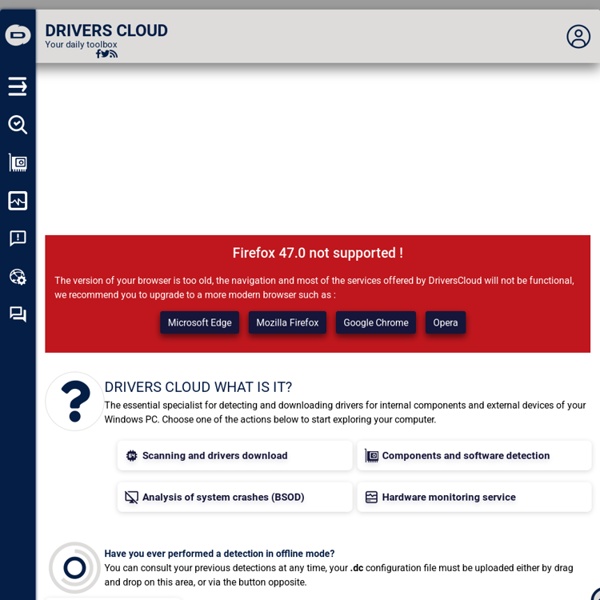 Safety Scanner Do you think your PC has a virus? The Microsoft Safety Scanner is a free downloadable security tool that provides on-demand scanning and helps remove viruses, spyware, and other malicious software. It works with your existing antivirus software. Note: The Microsoft Safety Scanner expires 10 days after being downloaded. To rerun a scan with the latest anti-malware definitions, download and run the Microsoft Safety Scanner again. The Microsoft Safety Scanner is not a replacement for using an antivirus software program that provides ongoing protection. Change the Windows 7 Login Screen Background Image When you login to your Windows 7 computer (assuming you haven’t used something like this tutorial to turn on automatic login), you’ll generally see a login window with a background looking something like this. It’s fine; there’s nothing wrong with it. But sometimes a change is good so in this article we’ll show you how to change the background image behind the login screen to anything you want. The first step is to open up the Start Menu by clicking the orb in the lower left corner of the screen.

Cell Size and Scale Some cells are visible to the unaided eye The smallest objects that the unaided human eye can see are about 0.1 mm long. That means that under the right conditions, you might be able to see an ameoba proteus, a human egg, and a paramecium without using magnification. A magnifying glass can help you to see them more clearly, but they will still look tiny. The 101 Most Useful Websites on the Internet Here are the most useful websites on the Internet that will make you smarter, increase productivity and help you learn new skills. These incredibly useful websites solve at least one problem really well. And they all have cool URLs that are easy to memorize thus saving you a trip to Google. Also see: The Best Android Apps Also see: The Best Mac Apps and Utilities seatguru.com – consult this site before choosing a seat for your next flight.webmakerapp.com — an offline playground for building web projects in HTML, CSS and JavaScript.

Five Geek Social Fallacies Within the constellation of allied hobbies and subcultures collectively known as geekdom, one finds many social groups bent under a crushing burden of dysfunction, social drama, and general interpersonal wack-ness. It is my opinion that many of these never-ending crises are sparked off by an assortment of pernicious social fallacies -- ideas about human interaction which spur their holders to do terrible and stupid things to themselves and to each other. Social fallacies are particularly insidious because they tend to be exaggerated versions of notions that are themselves entirely reasonable and unobjectionable. It's difficult to debunk the pathological fallacy without seeming to argue against its reasonable form; therefore, once it establishes itself, a social fallacy is extremely difficult to dislodge.

Software How-Tos Show of hands - how many of you are still clinging to Firefox not because it's the perfect browser, but because it's the best alternative out there to Internet Explorer? Probably a good many of you, and the reason why Firefox has been so hard to supplant as the No. 2 gateway to the Web is because Mozilla had the foresight to make it extensible. Thousands of add-ons exist allowing users to custom tailor the open-source browser however they see fit, and it only takes a few mouse clicks to do so. Well move over Mozilla, and make room for Google Chrome. Why is that? To start with, Google recently added extension support to Chrome, which was previously only available in beta builds.

64 Things Every Geek Should Know If you consider yourself a geek, or aspire to the honor of geekhood, here’s an essential checklist of must-have geek skills. The term ‘geek’, once used to label a circus freak, has morphed in meaning over the years. What was once an unusual profession transferred into a word indicating social awkwardness. As time has gone on, the word has yet again morphed to indicate a new type of individual: someone who is obsessive over one (or more) particular subjects, whether it be science, photography, electronics, computers, media, or any other field. A geek is one who isn’t satisfied knowing only the surface facts, but instead has a visceral desire to learn everything possible about a particular subject. A techie geek is usually one who knows a little about everything, and is thus the person family and friends turn to whenever they have a question.

Top 10 Geek List This is the mother of all top 10 geek lists. We just scoured around and put together a list of all the Top 10 stuff you would find interesting. Starting first with our own Top 10 Geek Movies. The Buffer blog: productivity, life hacks, writing, user experience, customer happiness and business. 7.2K Flares Filament.io 7.2K Flares × What does it take to be productive? It’s a question I often ask myself and to be honest I don’t have a great answer for it yet. One key discovery I’ve made over the past year or so is that I need to have great habits in place. That’s why I’m working on a solid running routine and on a set wake-up time and sleep time. These things have been incredibly helpful for me and I know both Joel and Leo have discovered the same.

The Geek’s Guide to Getting Almost Anything for Free Does it pay to be Internet savvy? Yes. In more ways than many people imagine. 10 Google products you (probably) never knew existed I don’t know about you, but it feels like Google launches a new product every time I turn my laptop on. And these new products tend to fit into two distinct categories: Incredibly usefulIncredibly bizarre